Playing a spot of catch-up: Back in summer we went to Queenstown for a long weekend. As I recall the reason may have been that Mike wanted to go mountain biking but my memory is a bit shite to be honest and in any case, you would never have to twist my arm to go to my favourite part of NZ.

The Skyline complex and base for a multitude of activities. The boys ditched me for some downhill bike runs and while I’ve been up the gondola a few times before it was a perfect day for views. I joined a massive queue of Chinese and the penny dropped: Chinese New Year. No wonder accommodation was scarce! 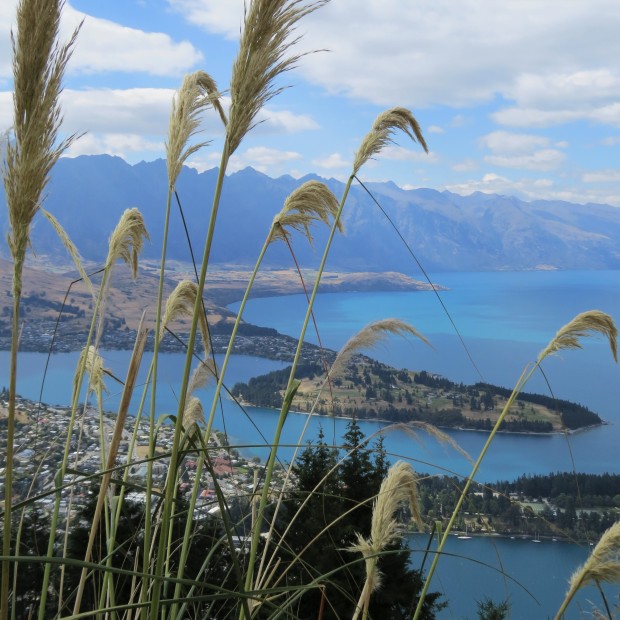 It’s impossible to tire of the views from up here.

Walking and biking trails lead off in all directions. A fortnight before, one of NZ’s best-known mountain bikers Kelly McGarry collapsed and died on the Ben Lomond track. 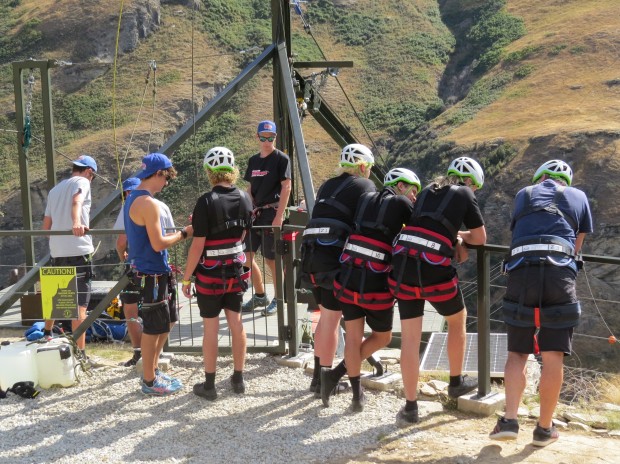 We had the opportunity to try out a new adventure attraction before its official opening. Conveniently I was nursing a sore back which seemed like a sound reason to wuss out. Mike on the other hand wasn’t especially keen but couldn’t exactly refuse. We were taken in a van with a few young lads out to a site above the Shotover River.

Mike about to get airborne from a wobbly platform >180m up. Ridiculous. 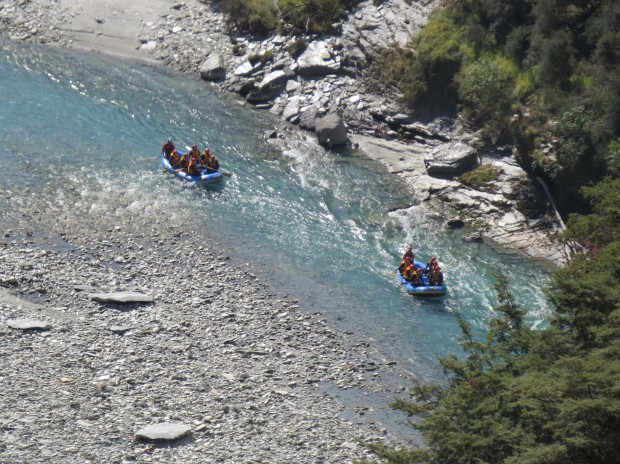 Getting ready for the return trip which was completed without drama and to Mike’s relief I’m sure. I’m not averse to the idea of testing my fear of heights one day, but I don’t think it will be on this. 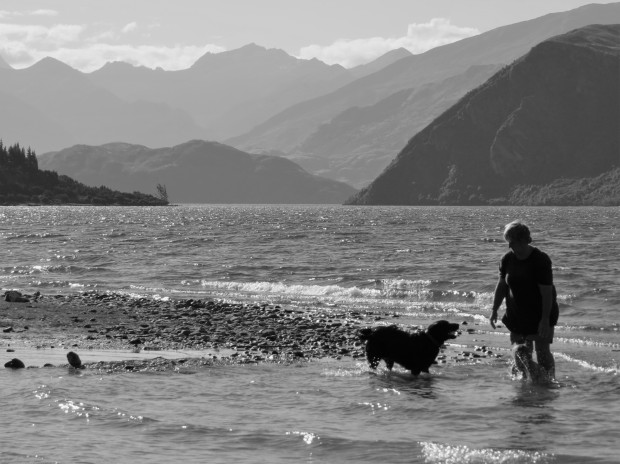 Next day we drove over to Wanaka to see the Queenstown friends who were now at a stunningly located campground a few kms around the lake from Wanaka township. 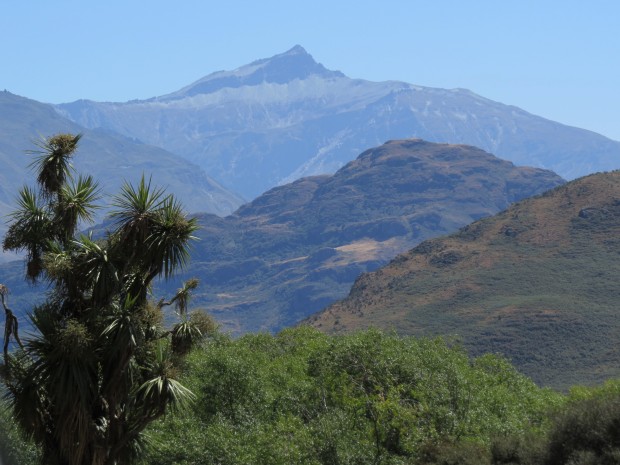 Mike was going for a ride so I took the chance to zoom around for some sights. Glendhu Bay first with stunning views toward Mt Aspiring National Park. That might actually be Mt Aspiring… if anyone can be more definitive, please leave a comment below! 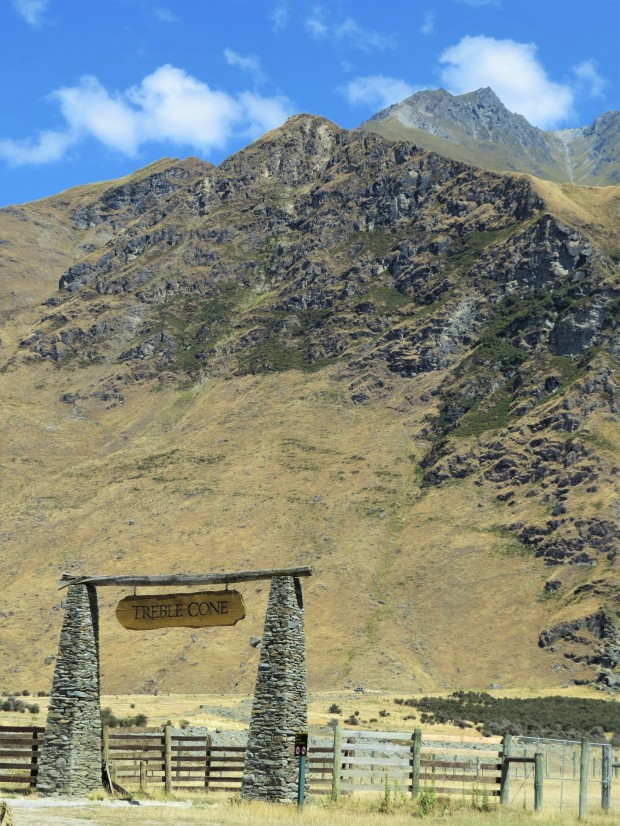 I’ve been to Wanaka several times but never out to Treble Cone ski field. The access road up was closed so I loitered at the entrance a while, just taking in the hills. 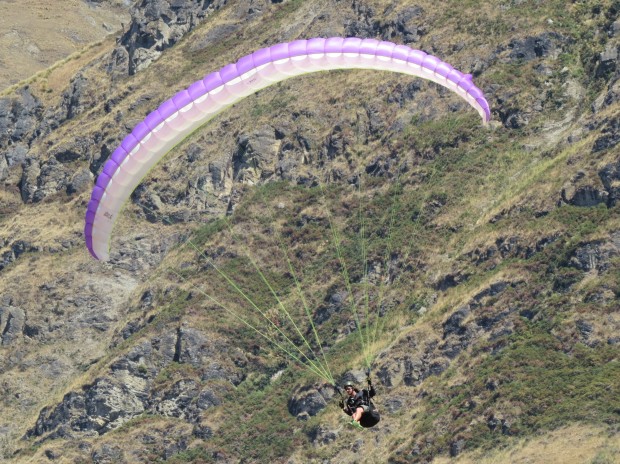 …and watching the para gliders.

Back in town I did a quick visit to That Wanaka Tree. 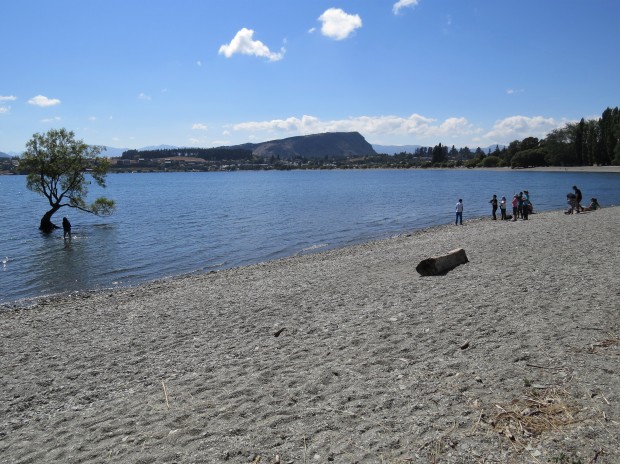 I first came across it by chance a few years ago (before it got its ‘name’), now it is probably one of the most visited things in Wanaka.

Would’ve been rude not to pop in to see Lake Hawea as well.

Back to Queenstown via the Crown Range Road and a quick stop at the bra fence in Cardrona!

The evening vista toward Queenstown on the descent. 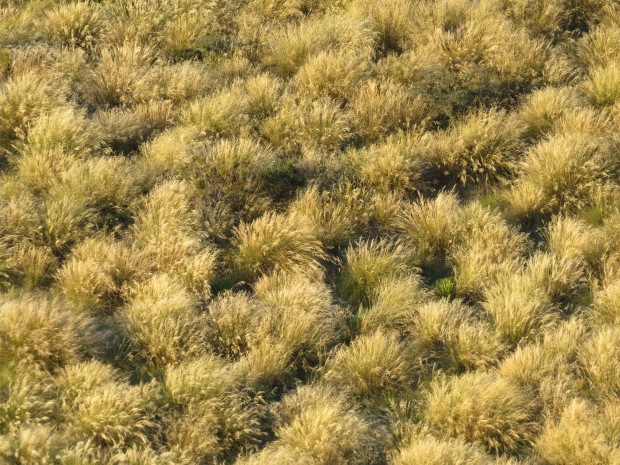 Tussock is one of the things I adore most about this region.

Last day of our weekend and a picture perfect morning beside Lake Wakatipu.

What’s not to smile about on days like this! 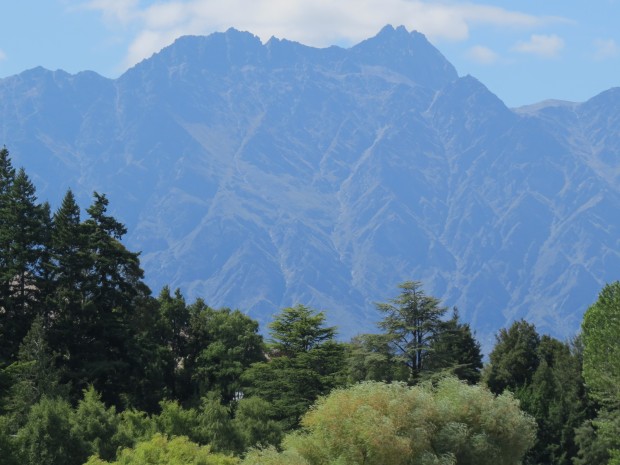 The Remarkables looking exactly so.

…Plus a visit to the fabulous Highlands Motorsport Park. Mustmustmust go back down for one of their big racing events. 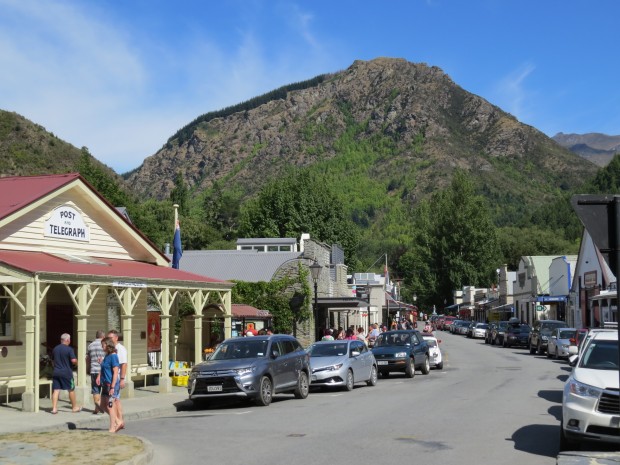 Last stop before heading back to the airport, the ever-picturesque Arrowtown. We’re back here in March for a trail run/walk event (emphasis on walk!).