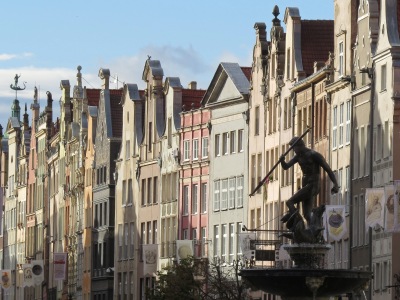 Poland Days 17 & 18: I return from Ukraine and head north for the final phase of my trip.

An unplanned rest day eventuated after the Chernobyl tour finished. My flight back to Warsaw wasn’t until the afternoon but rather than get back out to see a tiny bit more of Kyiv, I had a lazy morning instead. Which is to say, I stayed in to edit photos. Lots to do there so no time for another sauna, sad to say.

Tania had said on the first day of the tour that visiting Kyiv is not the same as visiting Ukraine as they are vastly different things. Clearly mine was just a fleeting visit but tiny aspects of the tour had at least opened a window into life outside the capital city.

Returning to Poland was a nice feeling and I was happy to find that the weather had cooled a little. First priority was getting my jeans washed. Two long hot days on the tour on top of all the wear prior to then saw them just about walk themselves to hotel housekeeping.

Hotel room with a view

Back to the station in the morning for the three hour journey to Gdańsk. Window seat, lots of room, reading, laptop, staring out the window. Could do that all day.

Gdańsk is a very old port city on the northern coast of Poland. If you jumped in the Baltic Sea and swam north you should eventually wash up in Sweden, or Finland if you drifted east. This location, including its close proximity to Germany and Russia, factored large in a history which saw many sieges and much political upheaval. One such period saw it renamed as Danzig and this is an alternate name that persists today.

I walked the 20 minutes or so to my apartment on the Motława River, a tributary of the Vistula, and it wasn’t long before I was getting acquainted with some of the city’s historical architecture and maritime vibe. 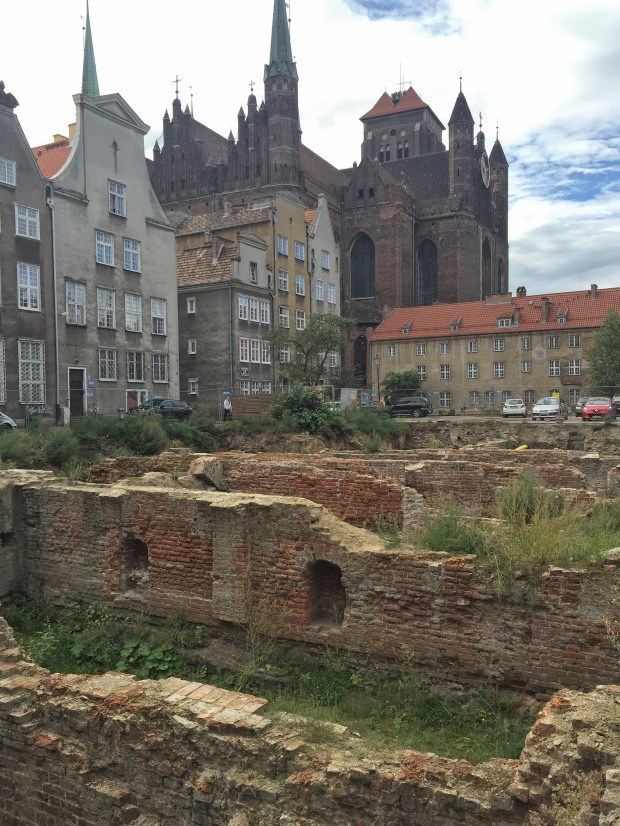 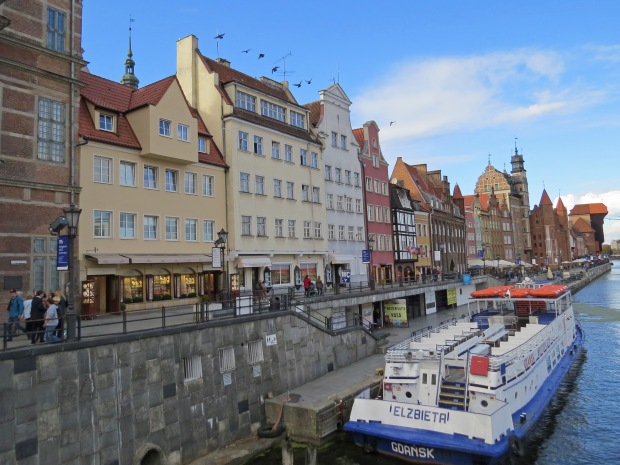 I got sorted, did a quick bit of research on the fly and headed back out. 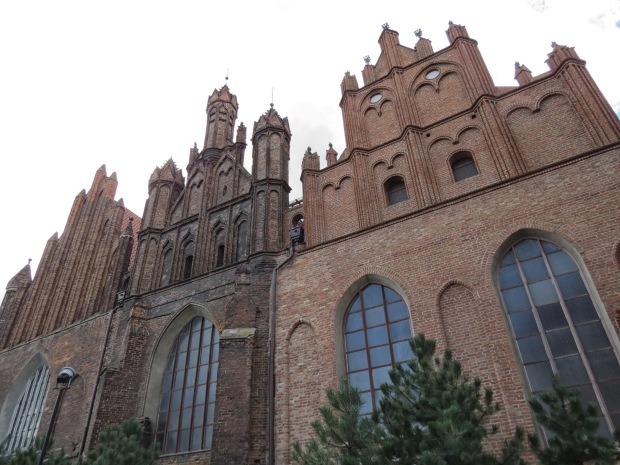 The most clogged love lock bridge I think I’ve seen

Gdańsk’s long association with Germany saw it unfortunately become ground zero for the start of WW2. The city suffered badly during the conflict and many of these scars are still visible. Out of this devastation came the opportunity for renewal and over the 1950s and 60s the main historical part of town, centred around the Royal Way, was painstakingly rebuilt, with facades being restored not to their pre-war German-influenced state, but to how they were several hundred years prior.

I found the start of the Royal Way and began my procession of one. It’s the shortest of Poland’s three such routes (the others being in Kraków and Warsaw) and… my favourite. Yes every tourist and his dog is there but the facades are just stunning and the overall effect is just so beautiful.

Upland Gate, the entry point for the Royal Way

Prison tower, courthouse and torture chamber! It was originally built into the city fortifications so I guess royalty etc had to traverse through this unsavoury gate as well 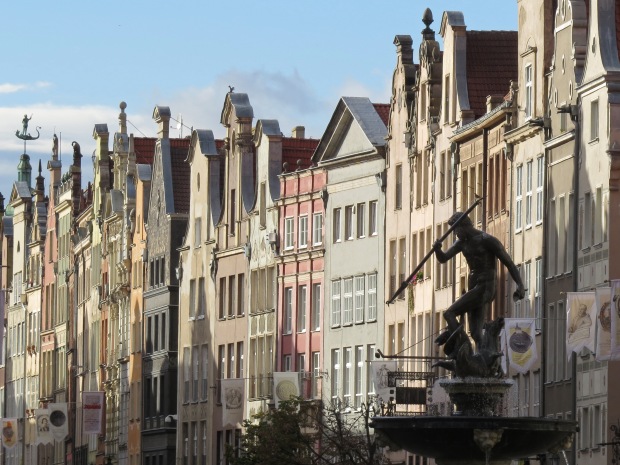 There are many gorgeous details to take in – and the odd less pretty feature! 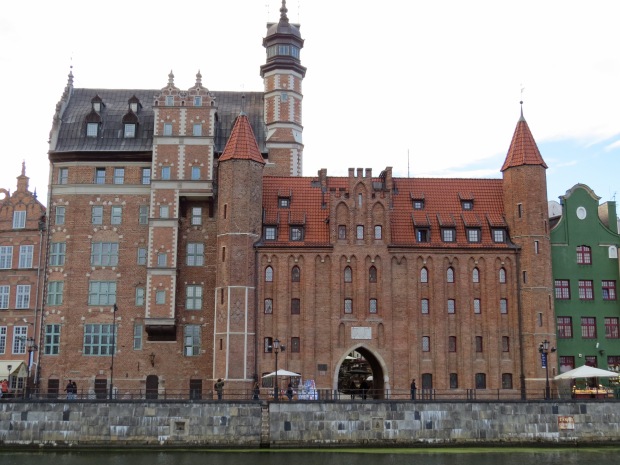 Due to the nature of its waterways, Gdansk contains a few islands. Granary Island was across the river from my apartment; this is from the island looking back over. There are still several of those old brick gates remaining

My apartment was third building from the left, where the top window is

The island was named for the 300 granaries that operated in the 14th-16th centuries. They serviced an incredible 200+ ships a day with grain. Only one granary survived the bombs of WW2; a few have been rebuilt and some are still in ruins

This river had a variety of watercraft: from big ships to pirate ships to big and small ferries to kayaks to yachts to… this

It had been a good quick intro to the city. Gdańsk is also capital of the Pomerania region which is where my Polish ancestors originated. My first full day here would be spent digging into some of this background.

(Sorry for the delay – the big Chernobyl posts and a couple of days of bad wifi have put me behind!)