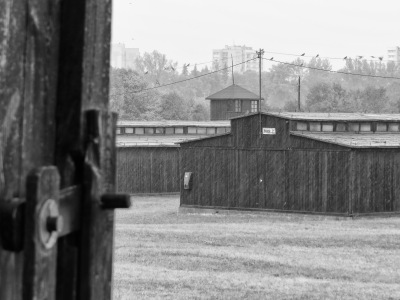 Poland Day 12. Just a few kilometers from central Lublin, located between residential housing and the city cemetery, is 90 hectares of what used to be the Majdanek concentration camp.

Logistics were tricky today given the location of the museum vs hotel vs station. My plan to leave bags at the hotel wasn’t going to be practical. The lovely receptionist tried for several minutes to confirm if the station has storage lockers – the best she could determine was ‘we think so’. On that hopefulness I caught a taxi to the rather grand looking dworzec which has been renovated in recent times. And yay, storage lockers.

It was raining lightly and unlike my Zakopane experience I made sure I was prepared. I set off on the 40 minute walk.

When the camp came into view it was a big wow moment. 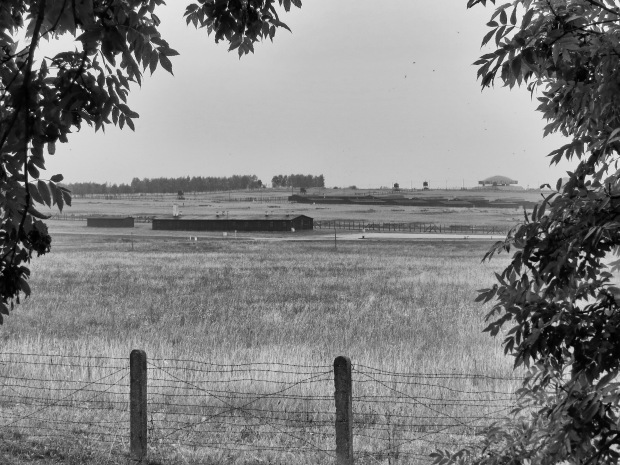 I stopped in at the visitor centre and picked up a guide book (like Auschwitz, entry is free). The photos follow the route I took. 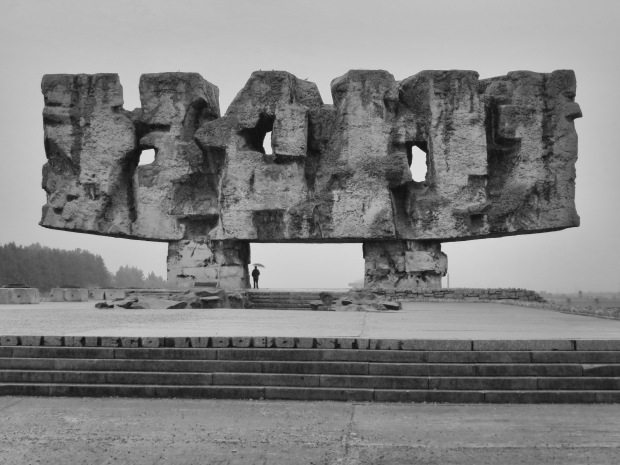 Majdanek was operational from 1941-44. It was planned to be a prisoner of war facility but became a concentration camp.

First row of barracks used for workshops and storage

At its full size of 270 hectares, Majdanek was larger than Birkenau but much smaller in terms of its operations. At its busiest it held about 25,000 prisoners. Incredibly though, Majdanek was originally envisaged to be more than 500 hectares. 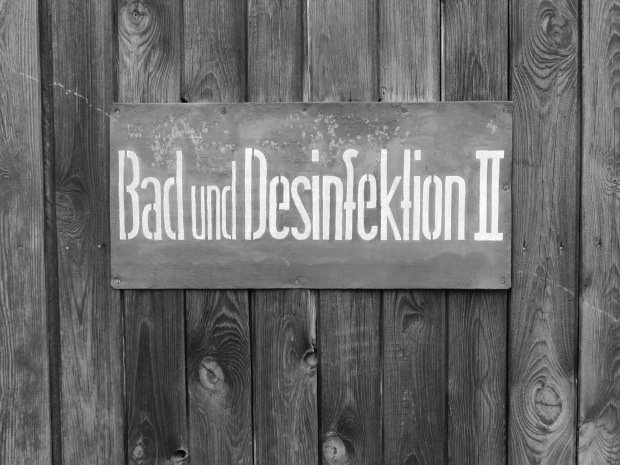 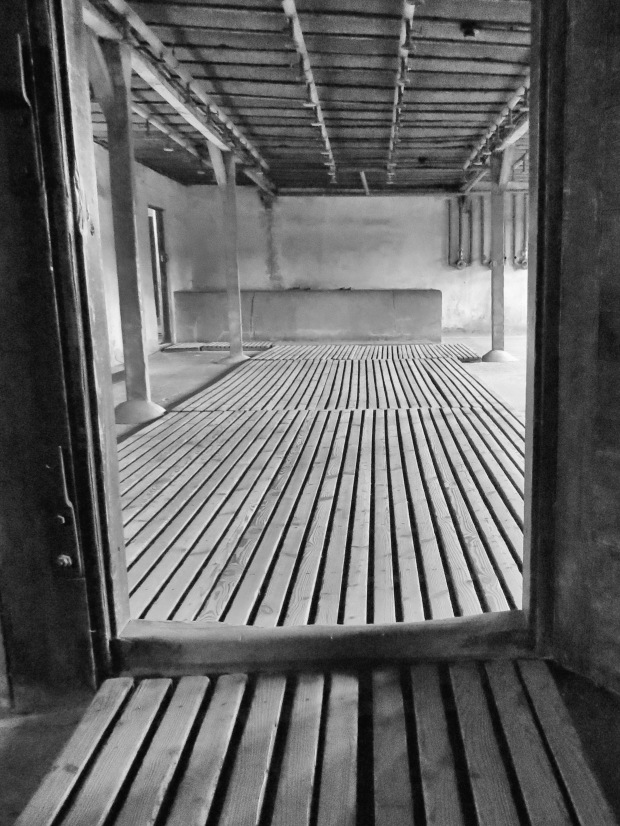 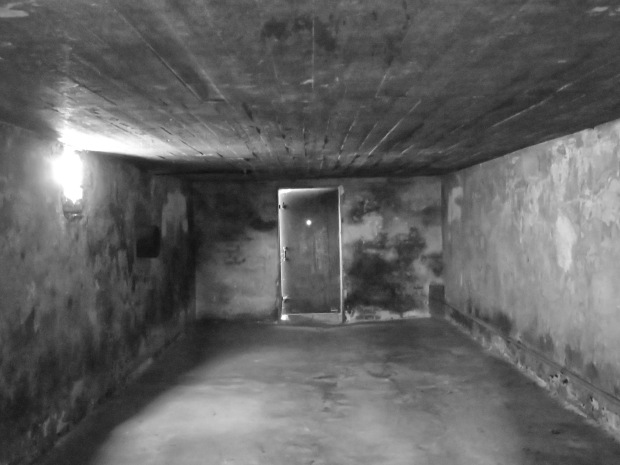 The darker shades are gas residue and are in fact blue

Mass killings by shooting and gassing began in 1942. As best as they can estimate, about 80,000 people died here. 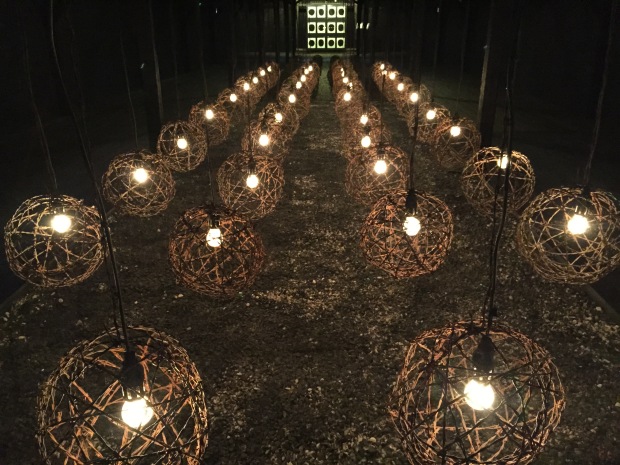 The camp was abandoned as the Red Army rolled into town, the Nazis not having enough time to destroy all buildings and records. Prisoners fit for evacuation were transferred to other camps. Others were either left or killed.

In becoming a commemoration site, Majdanek was the first of its kind with the museum established just four months after the camp was liberated. Eventually the grounds were reduced and partially destroyed buildings dismantled with others repaired, leaving a site one third of the size with one quarter of the buildings. 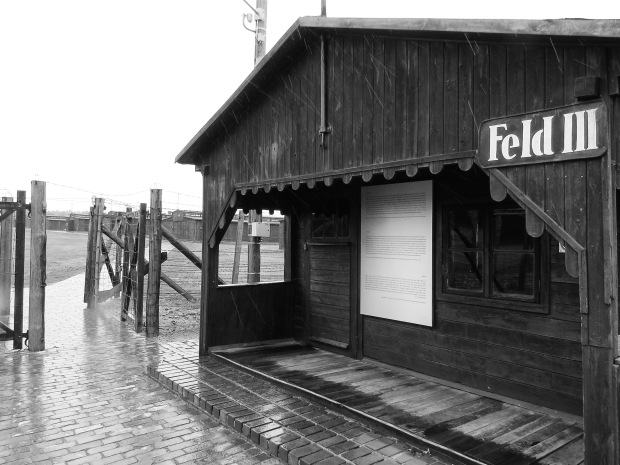 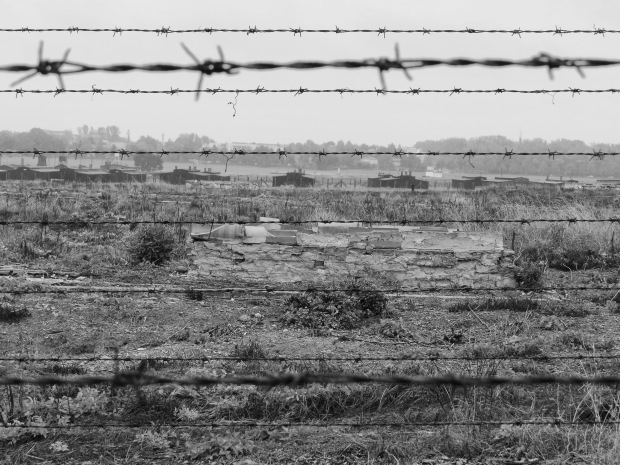 Looking over the fields where buildings were destroyed, to the barracks in Field III

This crematorium was built to replace one that had stopped working. Until the new one was operational, corpses were burned on pyres, several of which were on camp grounds. Cremation remains were used to fertilise fields.

The largest single execution at the camp was in 1943 when 18,000 Jewish prisoners were shot in pits dug near the crematorium. 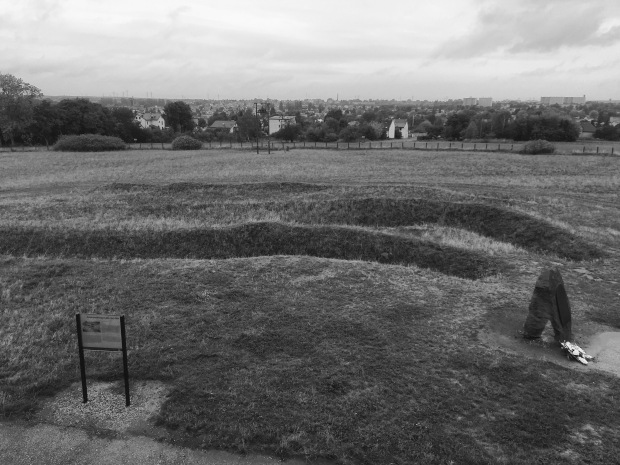 A few things about this day made it more impacting in some ways than visiting Auschwitz and Birkenau. The weather for starters: to underline the solemnness, today it rained the whole time. There were also relatively few visitors, which made for some eerie experiences. Crows were everywhere making their ugly crow noises. And the mausoleum: the size of the pile of ASHES underneath the huge dome takes your breath away.

Pooped after that and with an achy back, not to mention feeling saturated with the experience of being here, I completed the circuit and retreated to the visitor centre for a sit down. As I finished munching on a few meager rations, a noisy group of students walked in which was my cue to go.

The train to Warsaw took about 2.5 hours and my hotel just a few minutes walk from the central station. Light moment of the day: discovering your bathroom has a speaker so you can hear the TV whilst in there!