Poland Day 8. I’d seen the mountains, now I had to see a bit of Zakopane itself. I would’ve seen more if I wasn’t such a twit.

Given breakfast service didn’t start until 8am I had the feeling that things may not get underway especially early in this town. I checked out mid-morning, leaving my gear there until it was time to get to the station for my mid-afternoon bus.

Though dry underfoot, clouds were hanging low over the peaks and it was a grey sort of day so I was hugely glad for yesterday’s decision to do the cable car. I set off on my walking tour thinking I was going in one direction, it was in fact another but led me somewhere I wouldn’t have otherwise known about.

The Wielka Krokiew ski jumping venue. I didn’t realise until later that it’s open for sightseeing during summer, drat. Would’ve been fascinating to see how high it is even though such things give me the willies

And along a bit further was this ‘family’ of jumps

I walked a big meandering loop (not deliberately; something about that town just made me get lost!). What I saw of Zakopane residential areas pointed toward big villas; 3, 4 and sometimes 5 stories high. Many had a very weather-worn look about them often in overgrown sections. It feels like somewhere nature would take over in a flash if you let it. 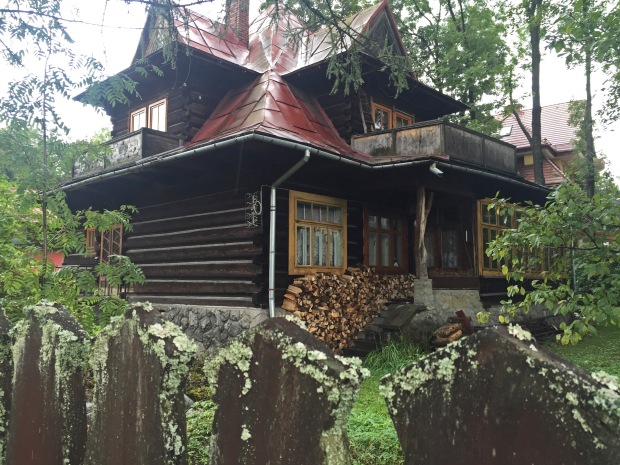 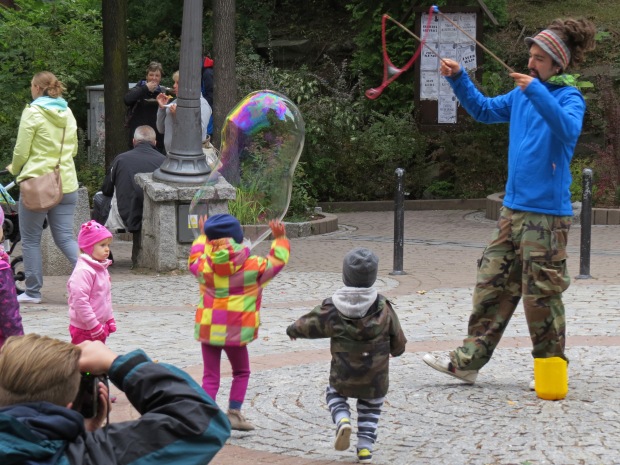 The very colourful high altar in The Parish Church of St. Family

At the bottom of the street there’s an underpass that leads you to Gubalowka St where a small city of market stalls stretches all the way up. At the top you can choose to go further: Gubalowka Hill is a great lookout point over the town. The quickest way up is by funicular but owing to the queue I thought I would just keep on walking.

About half way up

My information reference said it was a strenuous walk and they weren’t wrong. After about 20 minutes I reached a clearing and thought that was plenty far enough. Probably just as well. 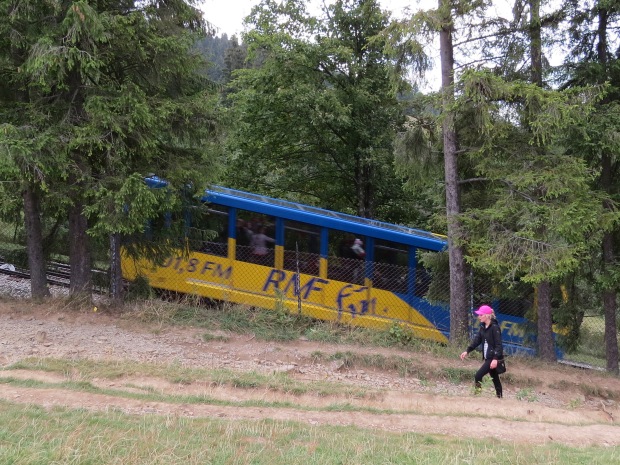 The rain started when I was back in ‘stall city’. I don’t mind a bit of wet stuff but in my haste to get going, even though I knew the forecast was iffy, I left jacket and umbrella behind. Idiot.

My cunning plan was to have lunch while it rained

My plan wasn’t cunning enough because the rain continued to come down with a purpose. Once lunch was finished I stood under the eaves for about 20 minutes before the rain lightened a smidge, then I bit the bullet. The main street has no pedestrian shelter which didn’t help matters. Looking bedraggled, I arrived back at the hotel to get the appropriate gear for my final walkabout.

When the rain starts, stall vendors must pull out the boxes of cheap colourful pointy-head ponchos! 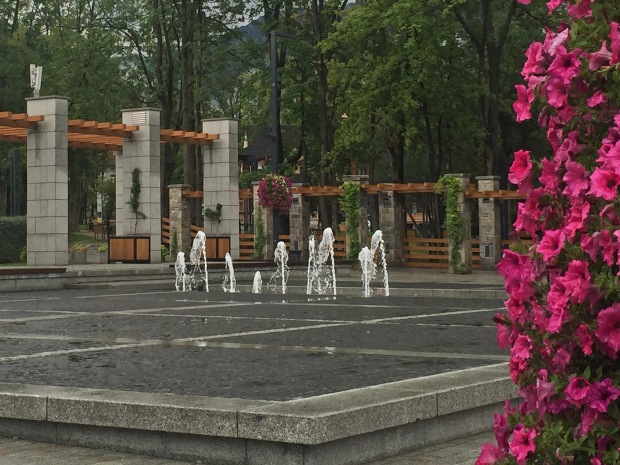 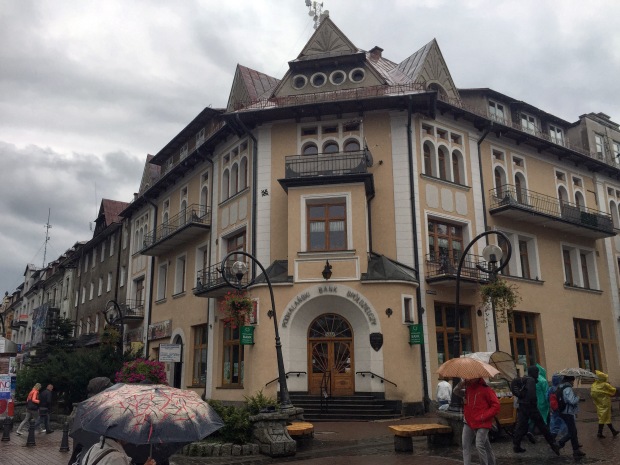 I left for the bus station not having seen as much of Zakopane as I’d hoped, including the ‘most famous cemetery in Poland’. Rats.

Zakopane has its own love lock bridge

Back in Kraków I found my hotel for the next two nights, an apartment spacious enough to swing a great many cats. One more full day here before starting my journey north.