Poland Day 3. Today I went to two sites synonymous with the catastrophic destruction of human life during WW2.

Given jet lag’s insistence that I wake at a ridiculous o’clock, I was never going to be late for my otherwise early bus. It also gave me a few hours to listen to the overnight rain, which continued to fall on the way there but proceeded to clear up. Moody weather would have been apt for what is likely to be the most solemn day of my trip.

I opted to take public transport but most people visiting Auschwitz seem to do so via organised tour. Demand to visit the museum (i.e. the camps) is at an all time high. As of a month ago there had been one million visitors so far this year, surpassing the previous record. For this reason, the only way to guarantee you’ll be able to visit on a certain day and time of day is to book in advance.

When I did this 9am was the earliest option and assuming I’d be able to sort transport I thought it would be good to get there relatively early ‘before the crowds’. Yeah right; on arriving at 8.30am there were already several buses parked and groups queuing to get in.

Before my designated time I realised I had to check in both my bags because of the strict size limit. Relatively unencumbered I then queued, did the security thing, then stopped at the assembly area to get my bearings and briefly take stock. It seemed so far away while in NZ but now here I was.

A short distance away I could see the iconic ‘arbeit macht frei’ sign, marking the entry to the main camp area. Time to begin.

Museum visitors are free to wander the grounds and into some of the buildings. The camp is in a relatively compact grid format three buildings deep and about a dozen wide so it doesn’t take that long to walk around.

In some places – the gas chamber, crematorium, gallows, ‘wall of death’ – you are compelled to contemplate a while longer. 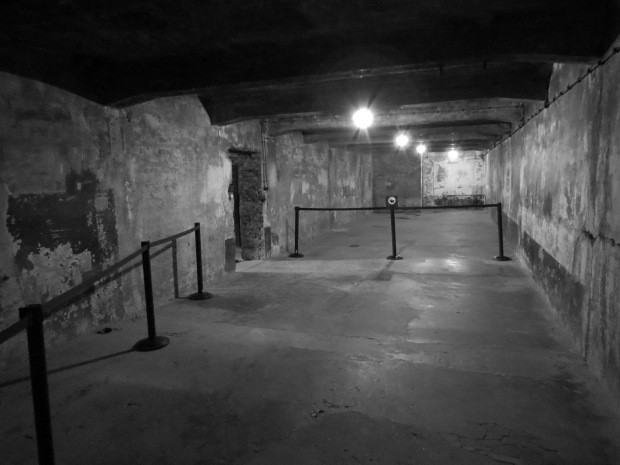 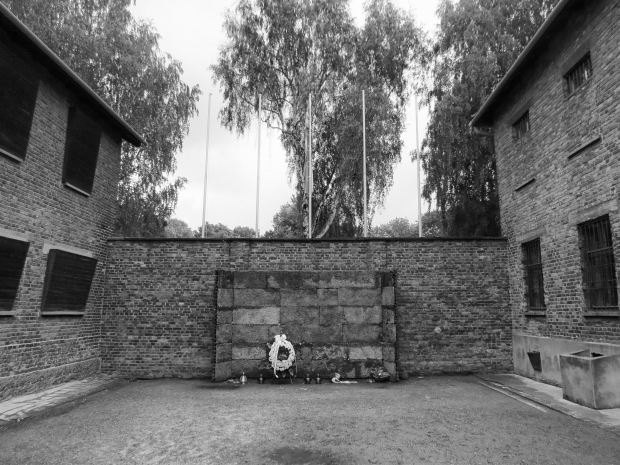 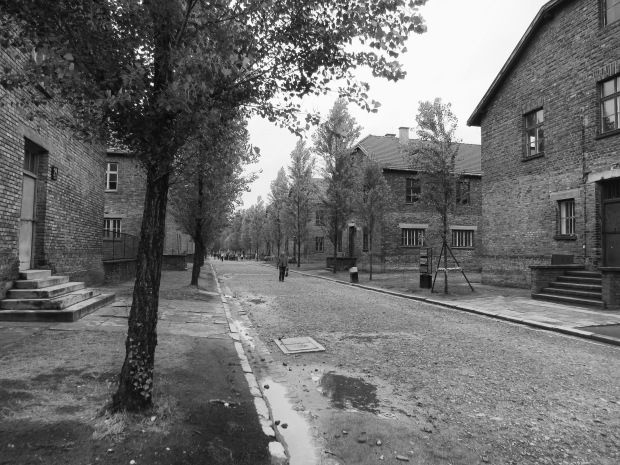 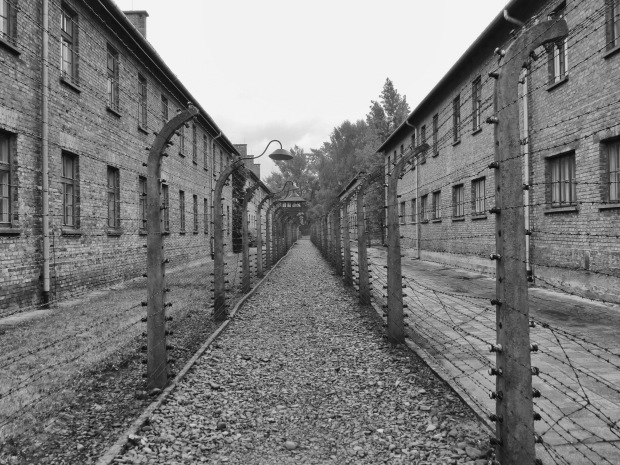 I had long wondered what it would feel like to visit Auschwitz. It is an undeniably serious place. I know that death and atrocity existed here but the atmosphere projecting that was a bit diluted with the crowds. While it’s not very evident in the photos, there was always noise happening ahead or behind. 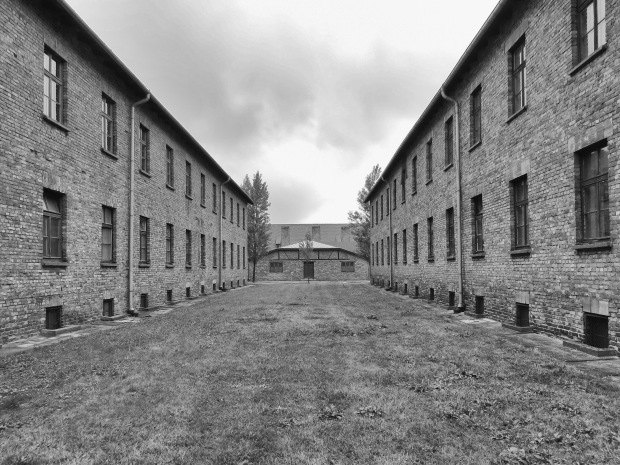 As I didn’t spend much time in the indoors exhibitions (often these were where the peak congestion occurred) I felt I had seen what I wanted to after about 90 minutes. It was time to go to the second camp.

Auschwitz was comprised of three main camps and 40+ sub-camps. The museum is made up of two, the other being Auschwitz II-Birkenau, 3km away and the largest of them all.

There is a bus that runs between the two but I figured I may as well walk. This extra effort paid off with bonuses like seeing parts of the old railway line, a completely unrelated abandoned building (always got time for those) and speaking of line, this section leading into the camp…

Once inside I was scarcely able to believe the scale. Auschwitz seemed tiny in comparison and whereas at its peak housed about 20,000 prisoners, Birkenau reached around 100,000.

The railway line split into three and extended right back. These were the platform areas for unloading and sorting people 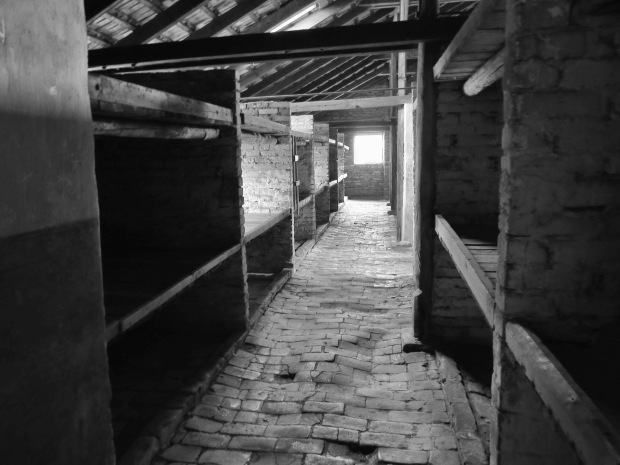 Inside one of the children’s barracks. It contained original painted murals

Looking out the window of one of the women’s barracks 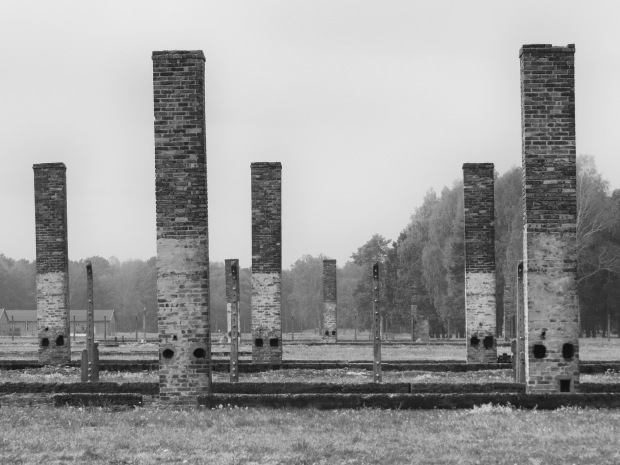 Of the 300+ buildings at Birkenau, only 67 remain intact. There were rows upon rows of foundation outlines and chimneys 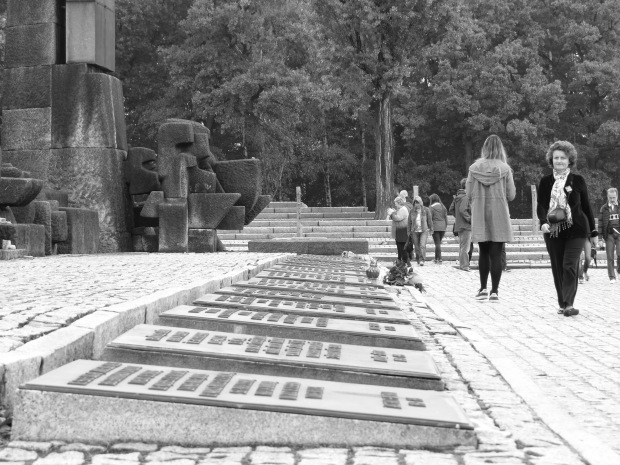 International Monument to the Victims of Auschwitz 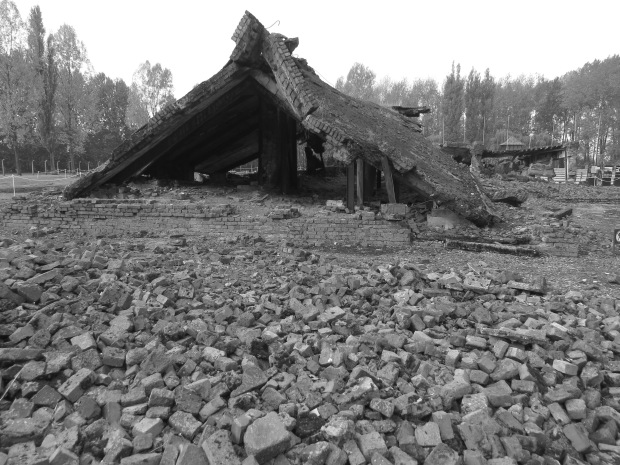 Remains of one of the gas chambers and crematoriums. The SS tried to destroy this and the next one when the camp was liquidated 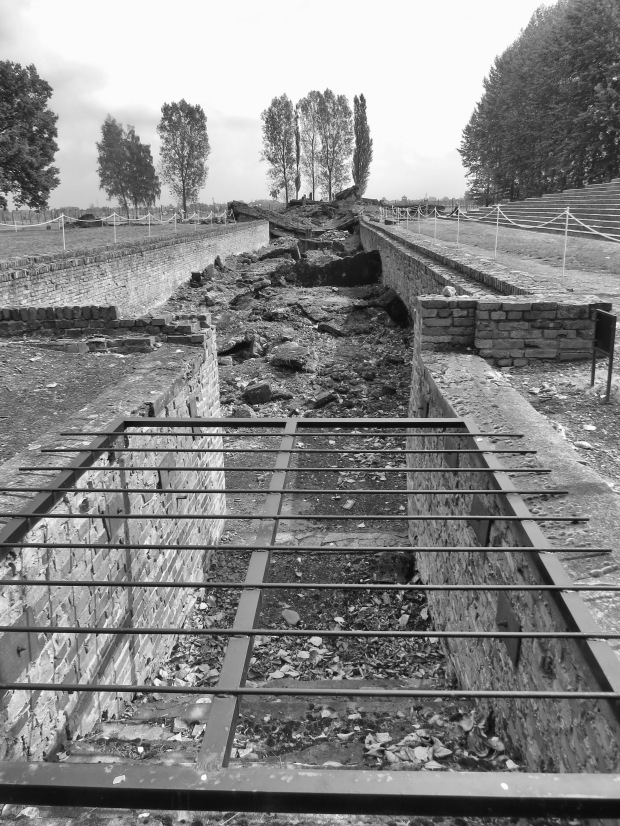 There were five crematoria and gas chambers in total

Just when you think you’re at one edge of the camp, turns out this field was yet another section of the camp

I spent about twice as long there as with Auschwitz and there was still a lot I didn’t see – it really is enormous. For some reason I walked back as well, whereupon a bus shortly arrived and I flopped myself into it.