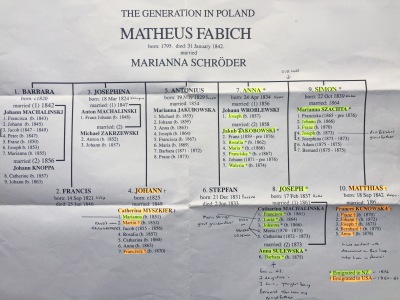 On September 1st – soon, eek – I’m heading off for a five-week solo adventure. Poland is the main focus with a dash of Ukraine and a dot of Germany thrown in as well.

The choice of Poland as a destination is a bit unusual (judging by some reactions I’ve had) but is something I thought I’d like to do one day due to ancestral ties and an interest in the devastating scars left by WW2. Mum’s genealogy activities are focusing back into the Polish line and the timing of that pointed me toward making the trip happen this year.

Recently we acknowledged the 139th anniversary of my great-great grandfather Joseph Fabich arriving in NZ with his family. Coincidentally they disembarked in Wellington, where I live, though they promptly relocated to their permanent home. Several of Joseph’s siblings also emigrated (to either NZ or USA) though there may still be family left in Poland – we’re not sure, but are working on finding out. More on that another time. 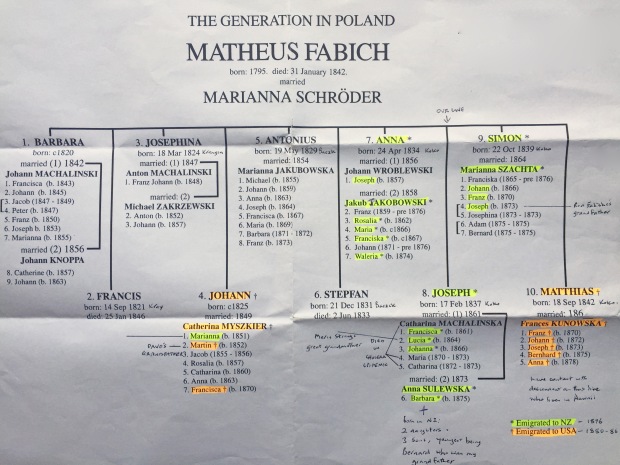 When I started to work out what I’d like to do in Poland I found myself utterly spoiled for choice. Originally I was intending to cover Germany as well but it would’ve required a fast itinerary and a week or two longer away from work which I wasn’t comfortable with. So a proper go at Germany will have to wait. Here’s a quick rundown of my plans:

Except for the deviation to Kiev I’ll be relying on bus and train to get around and will also be walking a huge amount so hopefully the body holds together. English is becoming more widespread around the main tourism sites, and there are great apps and things now to help ease language barriers, but I have also been learning a little bit of Polish as well. Blog-wise, I hope to post a daily recap with other more in-depth stories as time permits.

In the meantime there’s a lot to get sorted at work so it will be a mad fortnight ahead. To ease the pressure I’ve abandoned any ambitions about getting caught up with other blog posts before I go. The calm before the storm if you will.

So, do widzenia for now and catch you next from Kraków.