While we were having a relaxed couple of days on the beautiful Tutukaka coast, others were scurrying around completing last minute wedding preparations and trying to second guess what impact the cyclone was going to have.

We were in this out-of-the-way part of NZ for the wedding of one of my first cousins, Steve, to Sheree. They returned from London where they live to be married at home.

Our instructions were to meet at the local hotel on Saturday afternoon where we’d be bussed to the secret wedding location. The weather event off to the north, given the unlikely name of Pam, was evident only by a stronger than normal wind; otherwise it was a beautiful day. The wind was of concern due to the location of the ceremony.

The bus took us to the local winery, Sailfish Cove, and there we walked a few minutes down a steep grass track to the water’s edge. It was stunning.

Gran made the trip to Tutukaka so that she could see a third grandchild get married. Fortunately she got a lift down the hill where mum and dad had her wheelchair set up and ready to go. She was looking lovely in believe it or not her wedding dress from 1943 (with a lace cardy that mum found to match)! 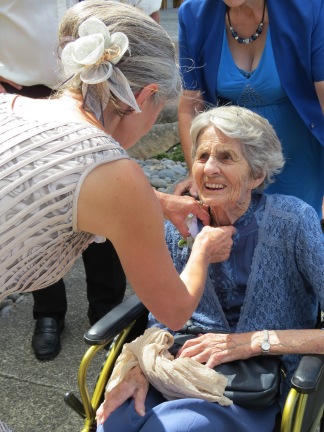 After the much anticipated arrival of gorgeous Sheree and her entourage, it took a minute of fighting the wind to get the veil under control. However, that was essentially the only ‘impact’ that Cyclone Pam had on the event – pretty lucky!

Before the ceremony, Steve’s two surviving grandparents (including Gran) were given the rings to look after, the bands sitting on their little fingers until they were needed. 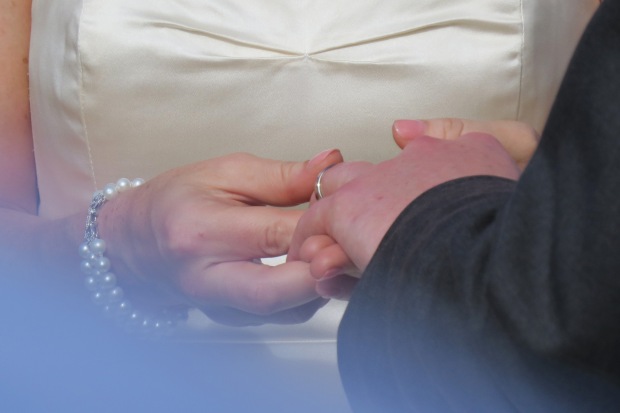 The ceremony was lovely, both personal and traditional, not too long and not too short. 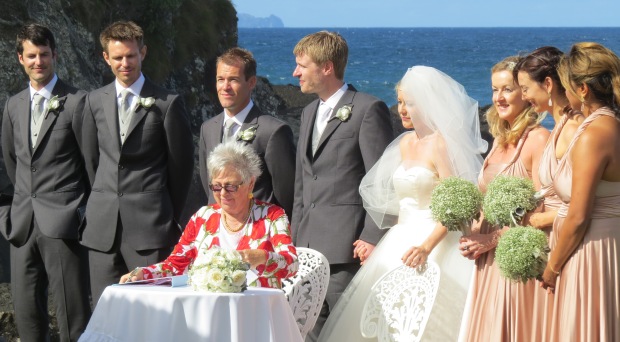 Music throughout was courtesy of the very talented Martin family. One or two of the classical pieces were possibly a bit familiar – but my ears pricked up with the Metallica number at the end! 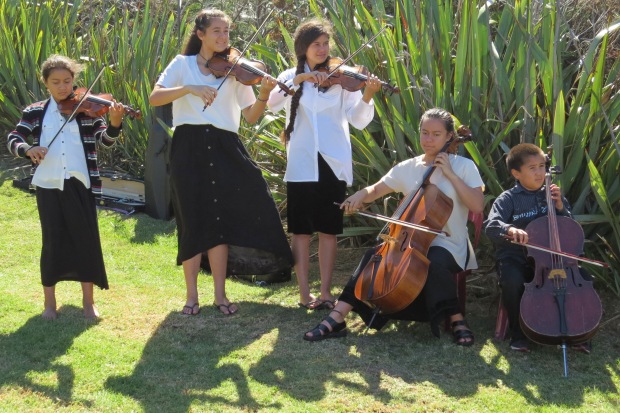 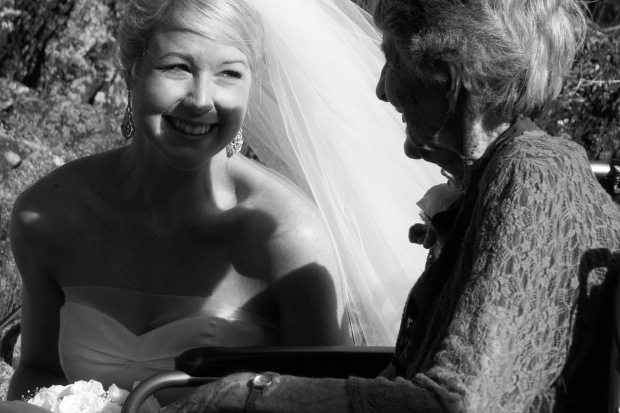 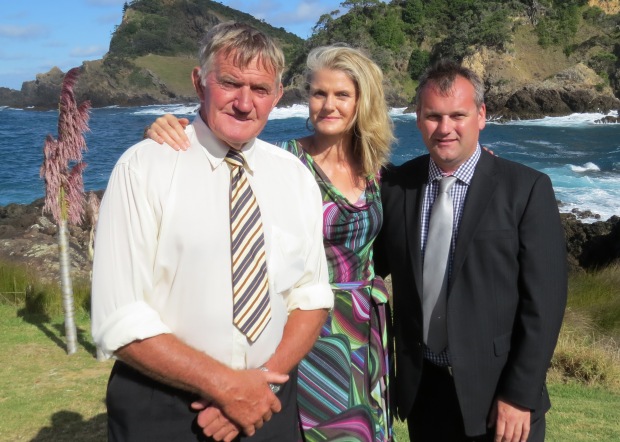 The guests lurked around until we were all shooed back up to the winery where drinks and nibbles were waiting. A good incentive for the uphill trudge! 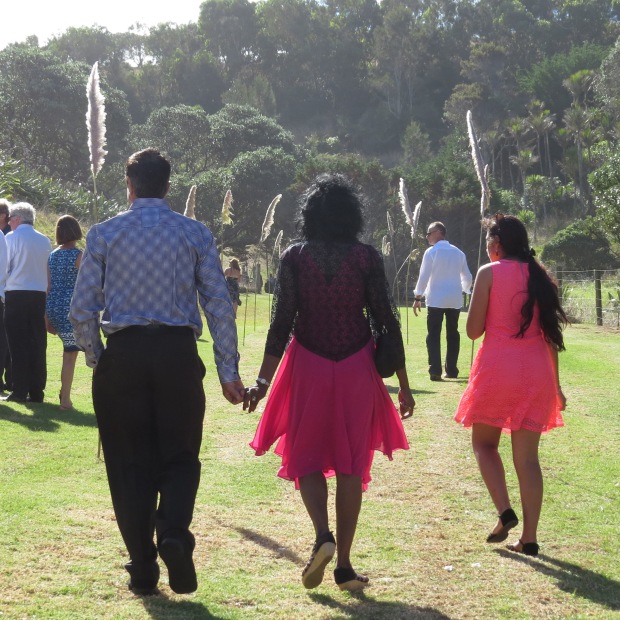 While knocking back a bubbly or two there were more photos happening, of course, and amazing views to take in. 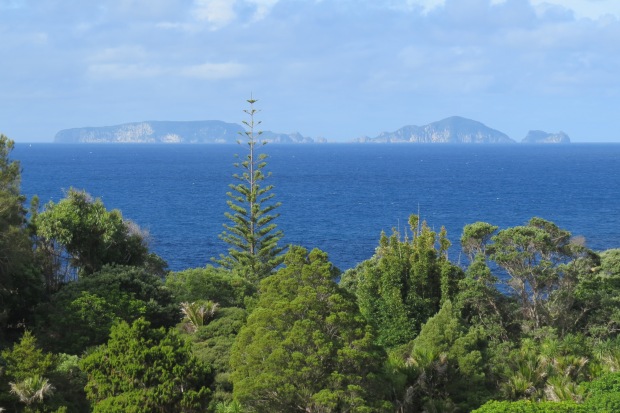 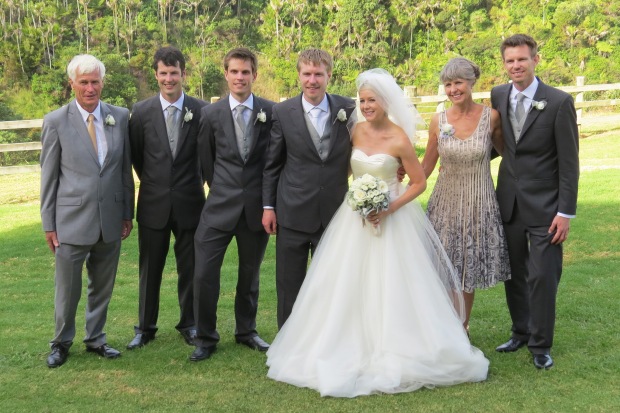 The appreciation of things liquid and visual was cut short by buses returning to take us to the reception. It was a beautiful and delicious event full of neat touches such as this…

During the evening the weather began to whip up. We left the kids to it and retreated to our waterfront pad, keen to see what Pam would look like in the morning.