I was excited about the second day of explorations in Brizvegas; my feet less so. She was also gonna be a hot one, perfect for sweating into one’s plaster cast. Mmmm.

We took the train to Chinatown from where the walking began. On the way to the station I saw my first big critter :|. 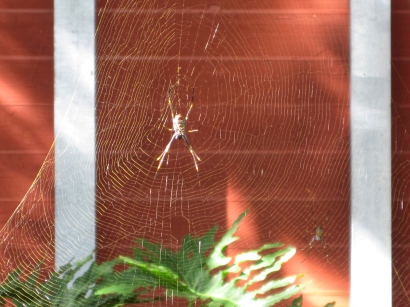 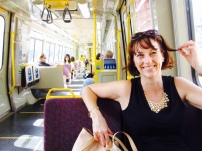 Like anywhere that’s new, the everyday stuff can be as interesting as the main attractions so my clunky photo-taking was needed for commonplace signage, birds and vegetation. We paused for coffee somewhere not far from the large gasworks memorial before continuing beside the river to Newstead Park. 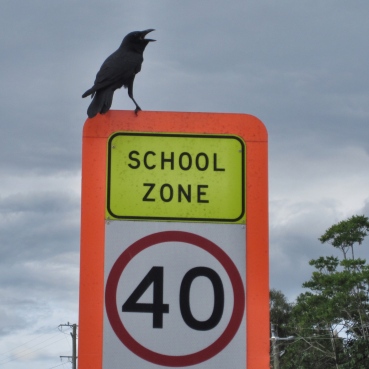 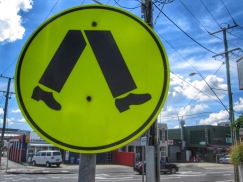 The park is named for an Brisbane’s oldest surviving house, these days a museum and special events venue. During WW2, Newstead House was occupied by men from the US Army’s 832nd Signal Service Company. This made the park a great location for a 12m monument from the people of Queensland to the USA as thanks for their contribution to the defence of Australia during the war. 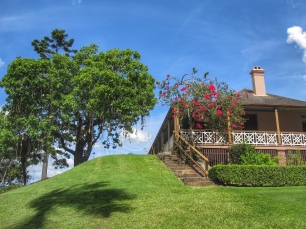 Ordinarily we would’ve walked back to town but my feet weren’t having a bar of it. We took a ferry instead; this was great as gave the opportunity to see the city from the water for a change, plus it created a delicious breeze. 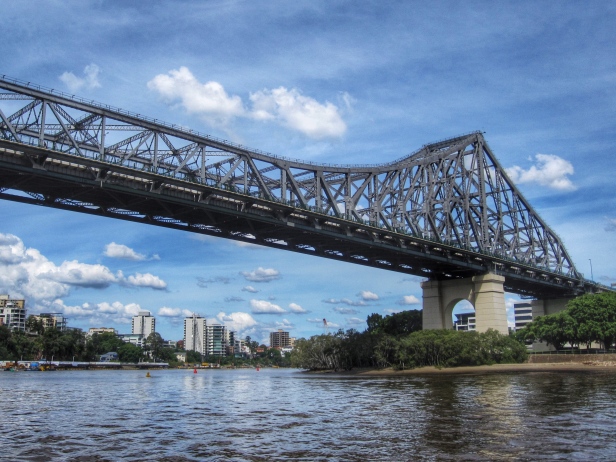 We roamed in search of food, finding more markers to the great floods of 1896 and 1974.

Like a pair of nanas we went home for a rest but after dinner we went back out. Not far away is Suncorp Stadium, Queensland’s premier football venue and through work, Fred had acquired a couple of tickets to that evening’s rugby fixture. I had walked by the stadium a couple of times already and met the statue to one of Queensland’s sporting greats. We stuck it out for most of the game before tiredness won. 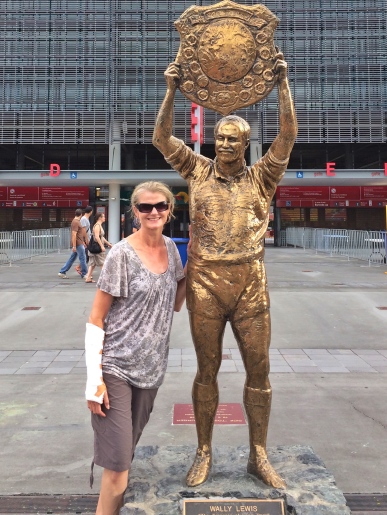 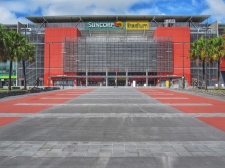 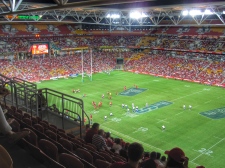