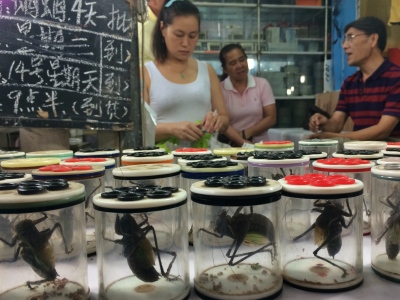 Visit any Asian city and I suppose you will find some weird and wonderful markets, guaranteed to fascinate and sometimes sadden. During our almost-three days in Shanghai we made a point of hunting out….

Established about 30 years ago, this market became hugely popular with locals and tourists. Given more time and luggage space, I would’ve loved to fossick for ‘stuff’.

Too late now; I didn’t realise it at the time, but it’s due to be demolished. It may have already happened. It’s in one of the old neighbourhoods targeted for regeneration. 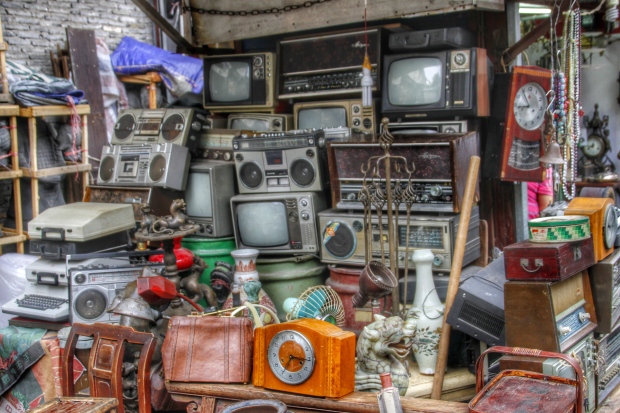 Our Sunday walkabout took us back through People’s Park and gave us the chance to visit the Shanghai marriage market. This would be our second, having found the Beijing equivalent a few days before.

Like there, here saw a big crowd of parents on quests to find a suitable partner for their adult offspring. It’s a serious business and I felt we were intruding a bit so I was careful to not be too obvious with photos, just snapping a few quickly with my phone. 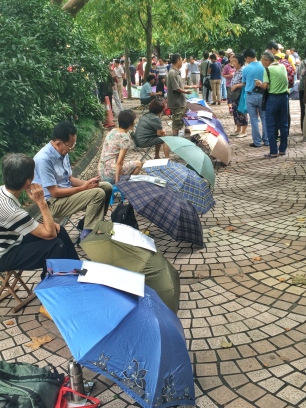 This is an interesting article. Among all the umbrellas I saw an advertisement for a man, unusual in that it included a photo, and his parents were covering the bases as I saw it on another umbrella as well. China will apparently have 24 million unmarried men in 10 years time. (If you open the article, have a look at the URL – sounds about right!)

I entered with some trepidation, not sure what we’d find.

Along narrow cluttered passageways we walked by stall after stall packed with many of God’s wee creatures, stored in methods convenient to stall holders and about a million miles away from where the living exhibits would rather be.

It’s deceptively large, taking up a whole city block. That’s a lot of creatures. Some are destined for dinner plates, some for loving homes. (I’m not sure what category the fighting crickets fall into.) Some die before they can be bought. 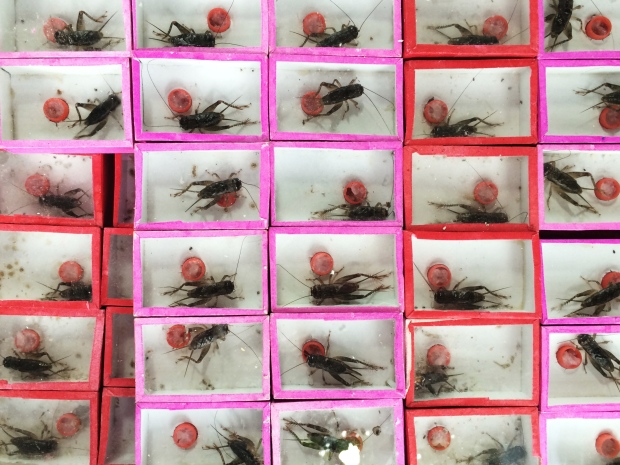 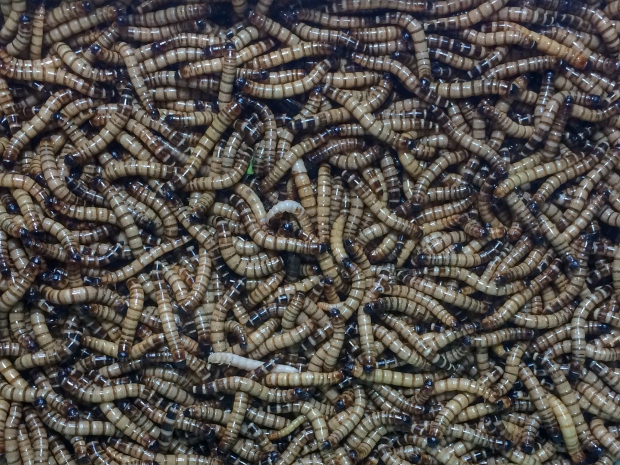 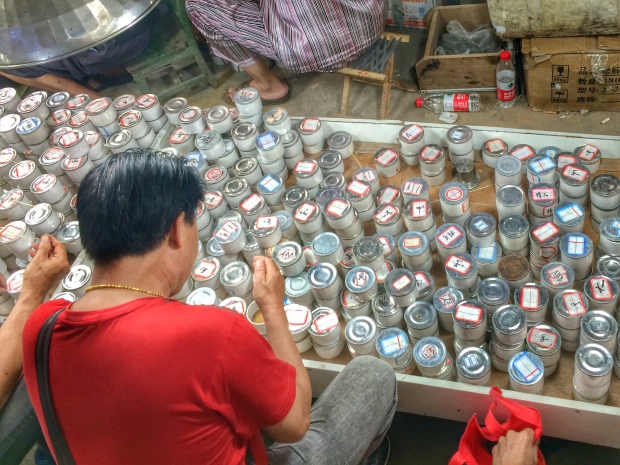 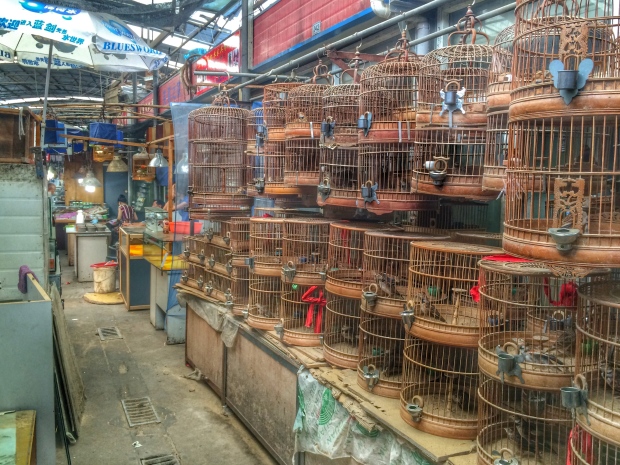 The sights, sounds, smells and stuffiness made me glad to step back out into fresh air. Or outside air at least.