China 12: Bullet train and a night with friends

One important part of our itinerary was visiting friends who were living in China and one of the exciting apects of that was getting there via bullet train.

We checked out of Courtyard 7. It was a nice hotel and great location – though I wouldn’t miss not being able to flush toilet paper! 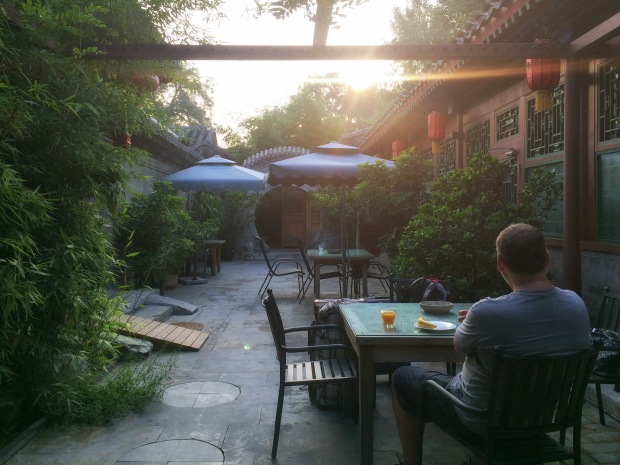 We were heading south to Changzhou, a city north-west of Shanghai. From Beijing it’s about 1100km away or 4.5 hours by high speed train. High speed trains are a novelty, or in fact any train that goes faster than what we have in NZ.

Despite our care in organising tickets ahead of time, we were assigned seats that lacked a window (cue an exchange titled you’re-freaking-kidding-me). Luckily for all concerned, the service wasn’t full and we transferred to seats with a view. 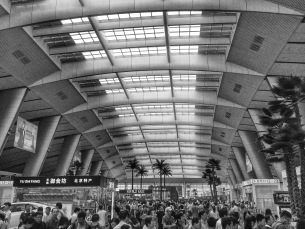 I love rail journeys though it’s a double-edged sword as I want to enjoy every minute of it and for me that means photos. After a time it gets tiring being ever-alert, especially when the scenery is zipping by at 300kph. The resulting photos were dubious but anyway, here’s a few to give you the flavour of what we saw. 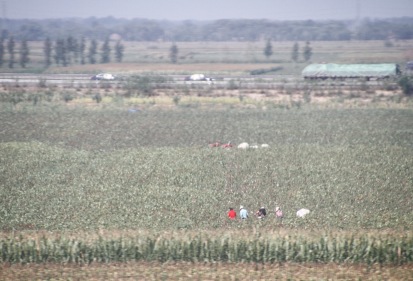 Two things surprised me: the fairly constant presence of smog, and that the entire trip was on an elevated rail platform. That’s some massive infrastructure. It’s ever-growing too; by 2020, China plans to have 50,000km of high speed railway.

We reached Changzhou to be greeted by Sally. It was neat if bizarre to see her familiar smiling face in such unfamiliar surrounds. Changzhou is a commercial and industrial centre and while it’s not an unattractive city, it isn’t a tourism destination. A job opportunity there brought Sally and her husband to China a couple of years before.

They lived in a small city of apartment complexes, the concrete balanced out by a decent swathe of green space. A quick turnaround saw us back out to explore our surrounds and enjoy the activities Sally had planned. First up was the perfect remedy for our worn out feet, a traditional foot massage. 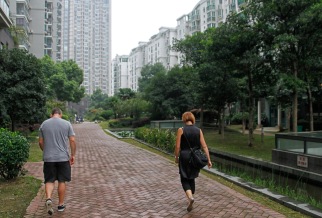 We were taken to a room that accommodated the three of us. Massages are a rarity for me and this would I think be the first massage for Mike in my eight years of knowing him! I felt a bit sorry for my masseuse given the blistered state of my feet complete with manky plasters but he took it in his stride. The procedure produced equal measures of relaxation, squriming and hysterical laughter. Great fun.

With rejuvenated feet our walk continued, the main feature of interest being the local fresh market. 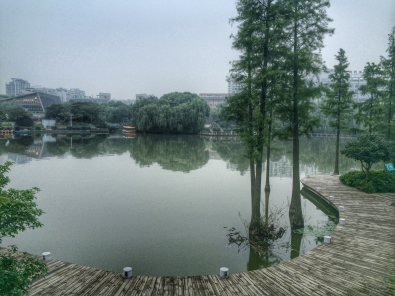 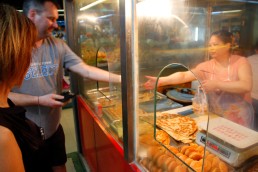 Later on we had a great meal out. It was a well-timed trip really as Sally and Michael are now in the process of moving to the UAE. I sense a stopover opportunity sometime soon…

The next morning we said our goodbyes, with plans to catch up again a couple of nights later in Shanghai.