From Tiananmen Square it was a natural progression north into the Forbidden City. Again due to my own lack of research prior to the trip, I was a bit unprepared for the absolutely stunning scale and architecture of the place.

To get to the Forbidden City you first go through the Tiananmen Gate (aka Gate of Heavenly Peace) featuring Mao portrait and, at the time of our visit, majestic scaffolding.

Once through this outer gate we sorted tickets – about 60CNY, or NZ$12, and joined the forward momentum of humans through the first main gate of the city. I didn’t appreciate at the time that the Forbidden City contains almost 1,000 buildings. It’s probably just as well that most of these are closed to the public otherwise we may still be there.

The Meridian Gate is the actual entrance to the Forbidden City. 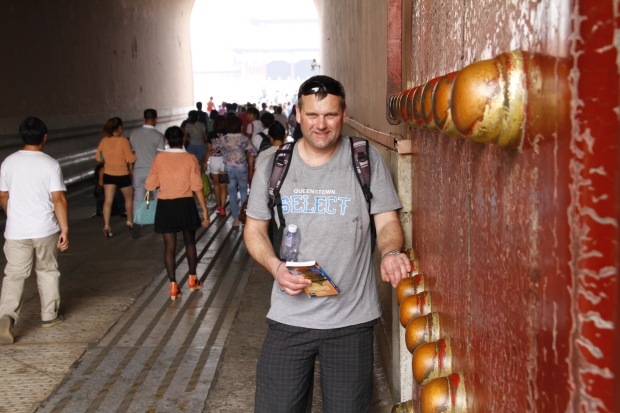 Touching the gold sticky outy bits of the gate is meant to bring good luck.

The FC is over 600 years old. It was a city within a city within a city within a city, being inside the Imperial City which was part of the Inner City in ancient Beijing. For about 500 years the FC was China’s imperial palace, home to emperors and their entourages. The name refers to the fact that no one could enter or leave the palace without the emperor’s permission. He’d certainly be a busy chap these days.

The Gate of Supreme Harmony. 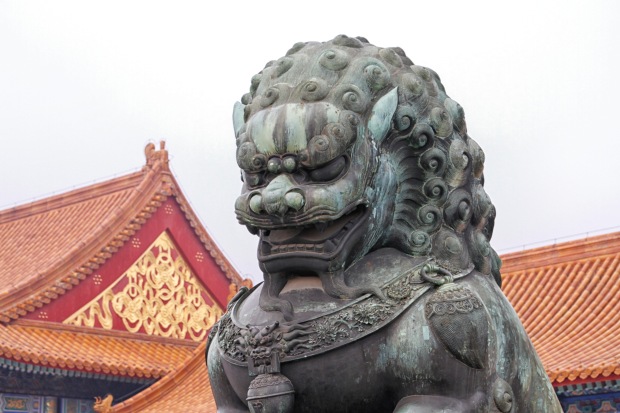 Pairs of guardian lions are often found in front of important buildings.

This was later on at the Gate of Heavenly Purity. Female guardian lions have a cub underneath their paw, which I initially thought seemed quite aggressive but it’s meant to symbolise the cycle of life, or some such. 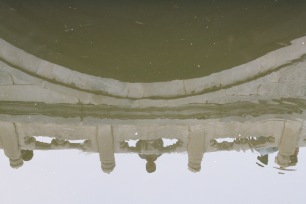 It was sort of like unpeeling a massive and visually pleasing onion as we progressed through the gates and sectors. As well as us gawking at the buildings and spaces, we were also conscious of being gawked at ourselves. It was a weird feeling.

The Hall of Supreme Harmony Square – quite a breathtaking space.

The centrepiece of the square, and heart of the Forbidden City, is the Hall of Supreme Harmony (top left). It’s China’s largest surviving wooden structure.

One of the buildings bordering the square is Hongyi Pavilion, or if you’d rather, Hall of Enhanced Righteousness.

Imperial roof decorations were prevalent in the Forbidden City. At the front is a man riding a phoenix, at the back is a dragon, and in between are mythical beasts. Usually in odd number combos, the more beasts the more important the building. 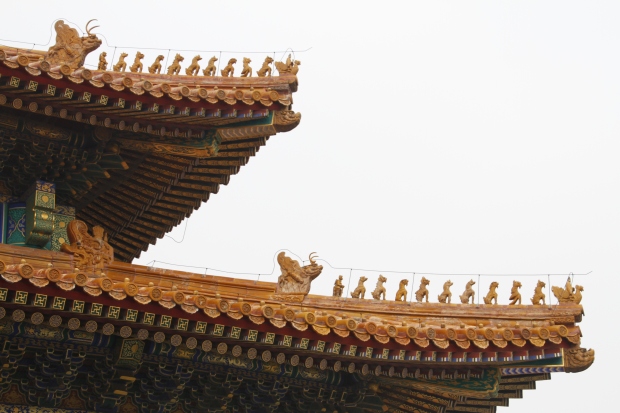 …The maximum is 10 which only the Hall of Supreme Harmony has.

Walking through to see a collection of ancient clocks. I’ll spare you the photos.

One of four gilded bronze vats outside the Gate of Heavenly Purity. There are 300+ vats in the Forbidden City; they used to be filled with water to help combat fires.

We jostled with the hordes in the Imperial Gardens as we navigated fairly quickly around the ancient trees and funny rockeries. We were mainly keen to find the elephants which we did on the way out. And that pretty much brought our FC journey to an end. 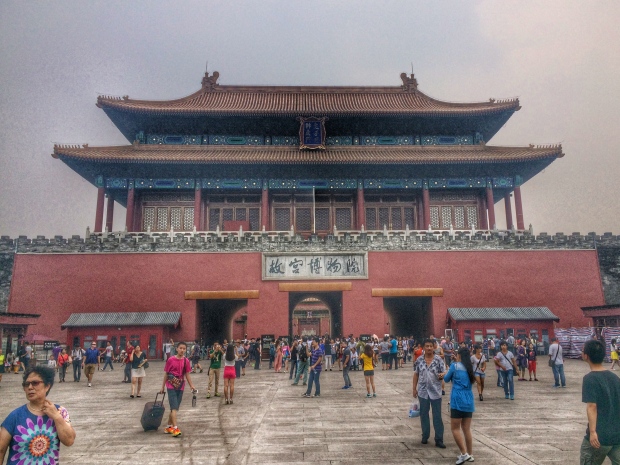 Our visit wasn’t exhaustive but we saw plenty. If you were especially keen and had the luxury of time, you could probably allow a full day to pace yourself and see it all.

The FC is surrounded by a moat and the excavated soil was used to build Jingshan Park across the road. We made our way there, hot and fatigued bodies needing to suck it up for the uphill slog. The summit provides a fantastic view over the FC – or at least on a clear day it must be fantastic.

Yep that’s some good smog going on out there. Mike consulted an app on his phone to get the air quality index each day. 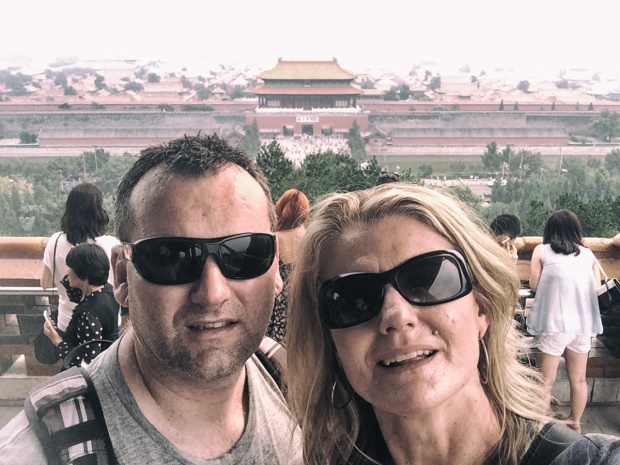 This had been hot work. We were buggered.

There was a rooftop bar nearby and we summoned the energy to go find it.