Kingseat: Abdicated but not abandoned 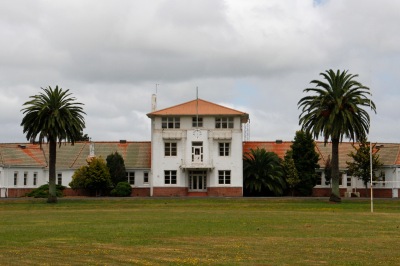 Our time in ‘the north’ was up. We needed to start making our way back home, though plenty of meandering to soften the blow was planned. The first was a minor detour that got added to the itinerary in an instant the night before – such is the pulling power for me of the words ‘closed psychiatric hospital’.

One of my friends had been describing where they had purchased a section of land – in a rural area south of Auckland. Past the old Kingseat Hospital. My radar started thwanging. Yes, Kingseat… I had forgotten about that place. If I was male and had a beard, I might have started stroking it in contemplation.

What’s more, she said when I steered the conversation back to the hospital, the grounds are open and you can drive in!

Dear god, it was getting more exciting by the second. That seals it, I thought, and announced we would be detouring to see it the next morning. (I glanced at Mike. There was no “oh we are, are we????” expression, nor rolling of eyes. Phew.)

Kingseat Hospital opened in 1932 on sprawling grounds in rural south Auckland. Buildings were progressively added and at its peak, post-WWII, more than 800 patients were being treated. This is an aerial photo from 1953.

Kingseat operated for several decades but suffered the same fate as other similar hospitals when the Government brought in its deinstitutionalisation policy. The change of focus toward community-situated facilities and services would permanently change the face of mental health treatment in this country, rendering the often remotely-situated psychiatric hospitals redundant. Kingseat closed in 1999.

Its future isn’t yet decided. This report discusses the viability of the site for other purposes – and I also found it useful for cross-checking building numbers against my photos. There is debate about whether the buildings should be saved, the arguments against relating to the legacy of mistreatment. To save is to remember, and maybe some things are best forgotten. In the meantime, several of the buildings are being rented (see last two photos below), and this has meant the grounds are accessible to the public.

Once off the Southern Motorway it was a 15 minute drive through the countryside. Parts were vaguely familiar as other good friends had lived out here back in my Auckland days.

This is equine country!

While not expressly signposted, it was hard to miss the hospital as the road went directly by it. We drove in and found a fairly classical sort of palm-lined road, the main hospital building straight ahead on the other side of a large grassy centrepiece which the road circled around, branching off to various other buildings.

We spent maybe 20 minutes in cycles of driving and stopping and Hayley scurrying around for photos. The place is big and time was limited so much was left unexplored, hence these photos barely scrape the surface. And it’s only the surface too: much as I love this kind of site, I will only venture inside buildings if it’s easy and vaguely permissible to do so and I can take photos that I can freely publish here. 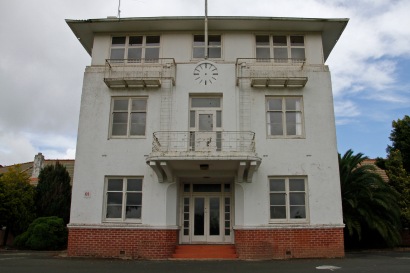 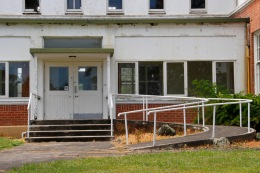 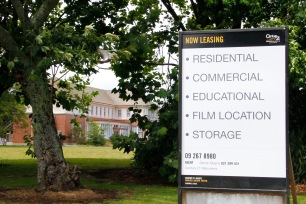 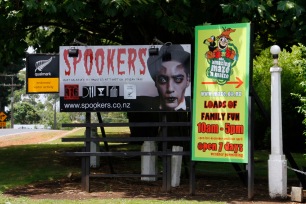 It was a rush job but it would have to do. Tongariro National Park was beckoning!