Horrifyingly it’s now Saturday and I’m way behind. Since New Orleans and now Miami, the long days doing stuff plus my apparent inability to summarise without copious photos and waffling have made it impossible to keep this more current.

But back to Tuesday… after an average sleep in our fairly pokey (but at least quiet) room we needed to be out the door fairly early to return the car. This was over on Canal Street so we figured that once we had caffeine on board we may as well continue investigating this crazy place we arrived into the night before.

Wandering along, I took my lens cap off for the inevitable only to watch in horror as it slipped out of my fingers to skip and tumble across the sidewalk into the gutter, where it came to rest in a dark puddle of tepid and stinky water. With my thumb and forefinger I fished it out and rinsed it off with bottled water before wrapping it in tissue until I could deal with it properly later. As for my contaminated hand, I flapped it around in a futile attempt to shake off the bacteria I was no doubt now carrying. Oh well, I have insurance.

We had the morning free so made our way back into the French Quarter to walk the streets, eat beignets and go to the Presbytere museum.

St Louis Cathedral across Jackson Square, apparently the oldest continuously operating cathedral in the US 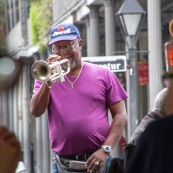 We said a quick hi to the Mississippi, intending (but failing) to return for an evening walk

One of Fats Domino’s pianos in the main foyer of The Presbytere, in the same position it was discovered in his house in the worst flooded area of the city

An ex-Katrina garage door in the hurricanes exhibition

New Orleans has loads of people offering psychic readings, many just pop up a table like these ladies in Jackson Square as seen from upstairs in The Presbytere

For the afternoon we had organised a tour that would take us around parts of the city and show some of the Katrina-affected areas. We picked a company that had good reviews on Trip Advisor and which uses vans rather than big buses. I think smaller and more discreet was the way to go, though it was quite squishy.

We made a couple of stops including one of the cemeteries. These are especially interesting in New Orleans given the vast majority of people are buried above ground. 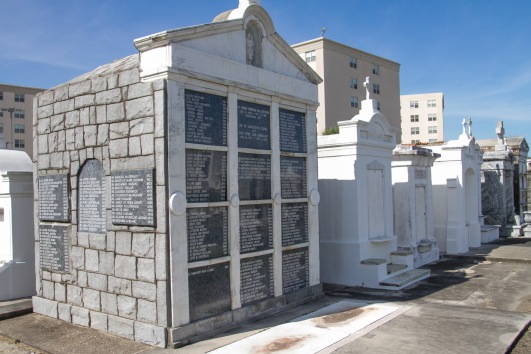 All of the names listed – A LOT – have been buried in this tomb, made possible because of their efficient burial practices

We were shown some of the areas where houses were several feet under water. These areas all have life back well and truly back in them but some houses do remain empty and abandoned. 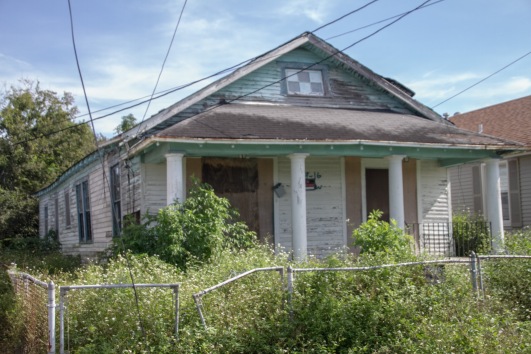 Back in town we found a drink before retiring to the hotel for a bit. 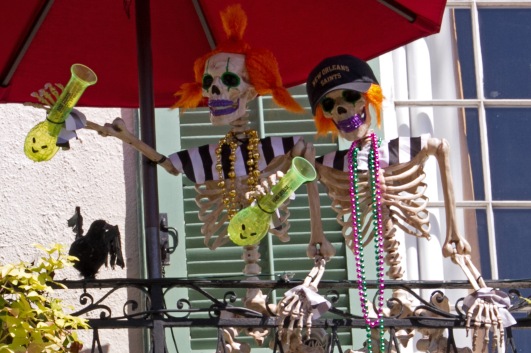 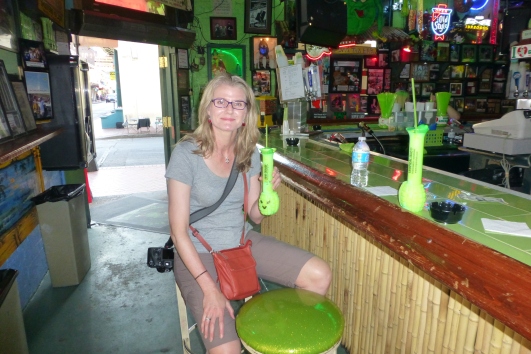 Nevertheless, we thought we’d give one a go

For dinner we walked to the quieter end of Bourbon St where we’d seen a diner the night before – the sign proclaiming they had the best burgers naturally caught Mike’s eye. And yes they were pretty damn good.

We continued to Frenchmen Street in search of music, the proper stuff, and with our two stops we weren’t disappointed.

One highlight was when Trombone Shorty came out, who judging by the reaction is a big deal. While the name didn’t register with us, he has been on a few episodes of Treme

Since our hotel was just off Bourbon St we did another circuit of madness. We were more familiar with it all tonight so it was less uncomfortable than it felt last night. 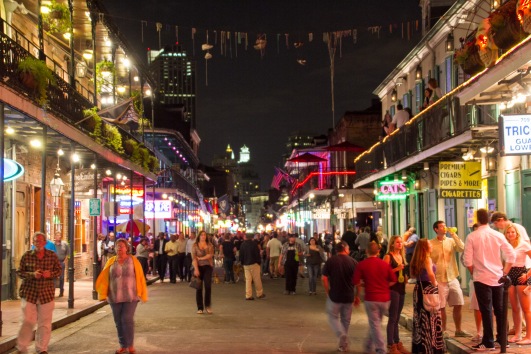 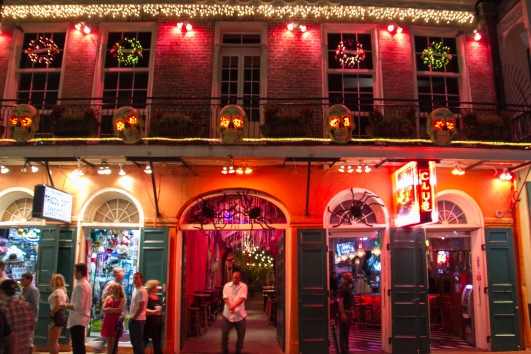