I was appalled that I slept through the early alarm I set so that I could finish updating my blog. But there was no time to kick myself as we both had half an hour to be ready and downstairs to check out.

We took a cab to Penn Station for an 8am train to Washington DC, which brought the first trip segment to a close. Bye, New York.

I was gleeful to see the Amtrak train had wifi, so much as I love train journeys, I spent about half the journey finishing off yesterday’s post. Mike took command of the window seat though I did pop my head up from time to time to enjoy the fairly rough and derelict views that dominate a good chunk of the journey.

And then, hello DC. We took a cab to our hotel where it was a touch early to check in so big bags got left and we went straight back out to get into our walking tour – fuelled by coffee from a place close by.

Heading through town toward the White House, we deviated into a gift shop. A few spontaneous purchases entitled us to some cheesy photo ops!

Approaching the WH we could see there were protestors in front though we weren’t sure if it was on account of the shutdown or something else, and whether this was a normal Sunday occurrence or something in particular. Once we got closer it seemed the majority were war veterans and throughout the rest of the day we would see more of this, not to mention other political causes. 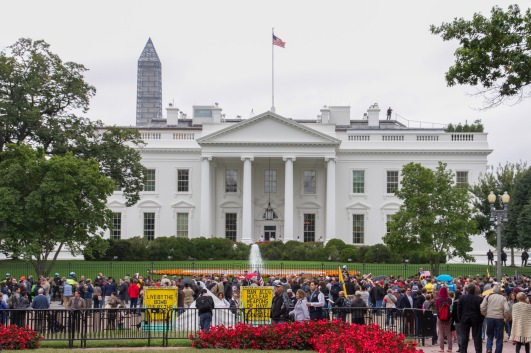 We carried on round the corner to Constitution Ave for further White House views and to wander toward the Washington Monument.

A war veteran shouting his protests at the White House. Think he’d been there a while and was showing no signs of slowing down 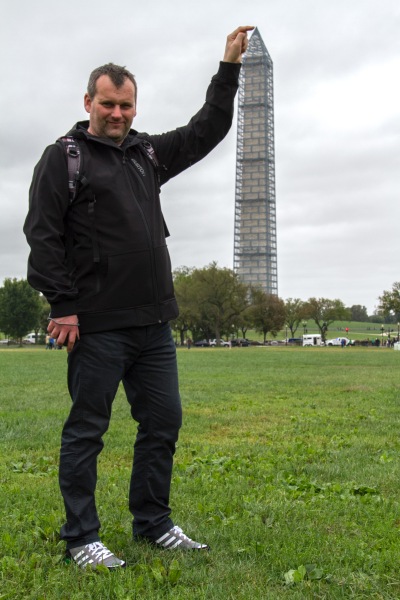 The Monument was one of many closed attractions in the city. It’s actually under scaffolding and cloth while it gets repaired after the 5.8 quake around here a couple of years ago. They’ve done a great job to replicate the shape and flavour of the memorial. 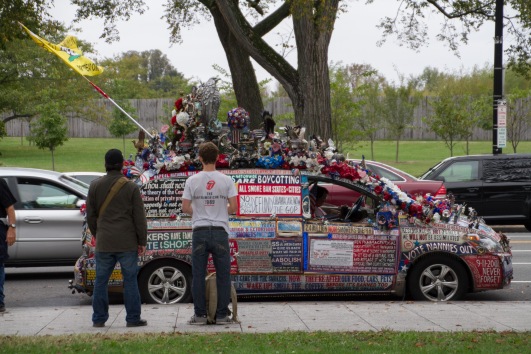 We walked across to the World War II Memorial, surprised to see that people were inside the site – we had expected it to be fenced off. Later on we found out that veterans had earlier in the day taken down the barricades around a few memorials as a protest against these sites being closed as part of the shutdown. We were thankful they did this – if they hadn’t, we would have been on the outside looking in, and most of these memorials were designed for people to get close to, if not inside, not simply observe from afar. 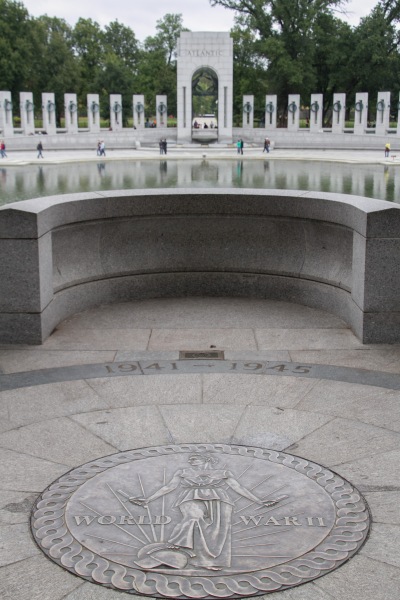 The WWII Memorial is spectacular, especially when the fountain is going

Abe Lincoln Memorial from the WWII Memorial. Normally you’d try to get the reflecting pool as well, except the end is being renovated and was fenced off

You’ll note in the above photo that people are visiting the Lincoln Memorial as normal. Well by the time we arrived, the powers that be decided that had to be shut down and the barricades were back up. Bum.

We carried on to more war memorials. The Vietnam Memorial was another that had been barricaded off earlier in the day. I would’ve been hacked off if I couldn’t place the poppies I had brought with me. 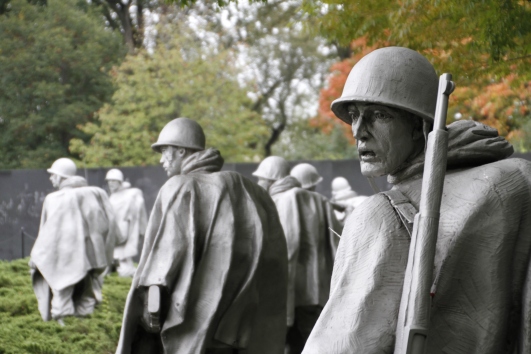 Back to presidential memorials. We set off on the lengthy walk around the tidal basin. First though… 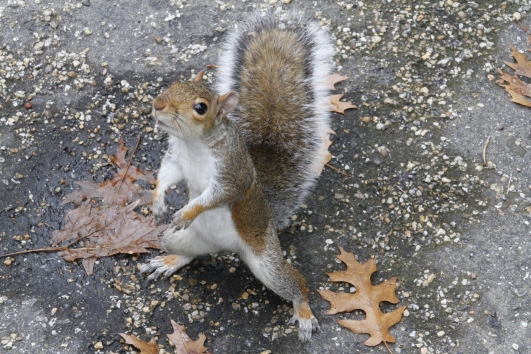 The Martin Luther King memorial was closed, and so supposedly was the Roosevelt memorial, but the guarding services seemed to be over for the day and people were just going on in.

Part of the extensive memorial site for Franklin Roosevelt 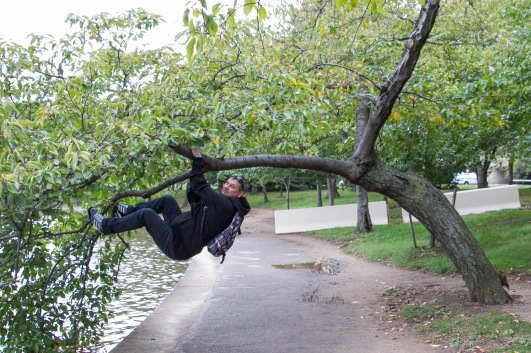 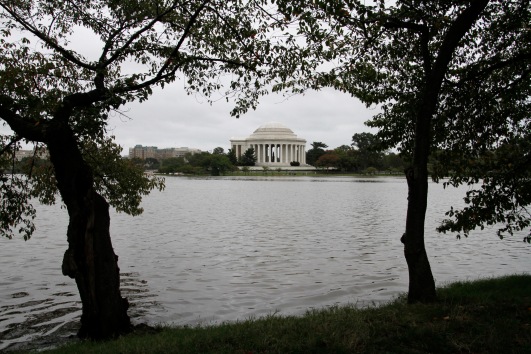 This memorial definitely was closed, but this wasn’t a bad thing so we discovered.

Relatively few people made the trek round to the Jefferson memorial which provided a rare opportunity to get a photo without the usual crowds. One upside of the shutdown!

If you’ve been to DC you know how incredibly spread out everything is, and with the accumulated effect of the previous three days, our feet were running out of steam. It was still a lengthy walk back to the hotel where we could check in properly.

And bonus!, we got there just in time for free drinks in the hotel lobby. Or at least it was once we’d put on some clothes that were a bit less travelled in.