After a few nights with not much sleep I was in dire need for coffee. We went back to our local at Grand Central where I also flounced around taking photos. It’s a beautiful place though they say the old Penn Station trumped it – damn shame that was knocked over. 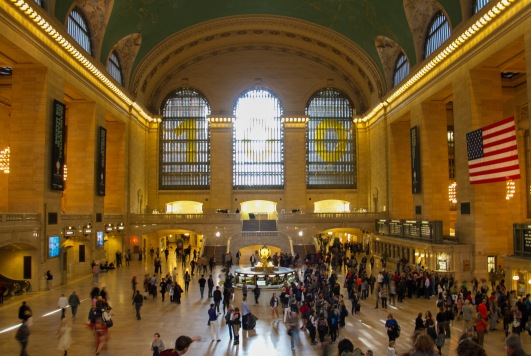 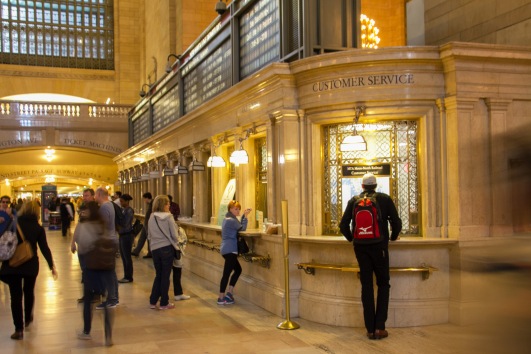 We subwayed to Greenwich Village and walked to Washington Square. Now a fairly expansive park, until the early 1800s it was used as a burial site and they estimate the remains of 20,000 people are still in the ground here. Later it became the Washington Military Parade Ground. More recently it was used in the Will Smith movie, I Am Legend, and here I was disappointed. Mike assured me there would be zombies but there just weren’t. 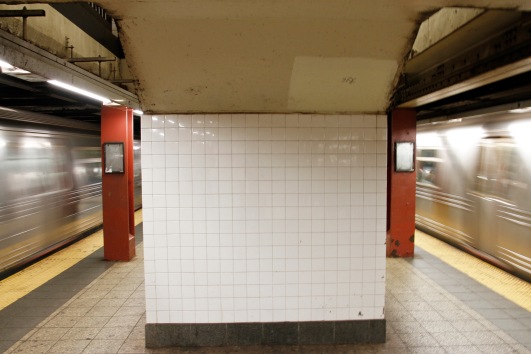 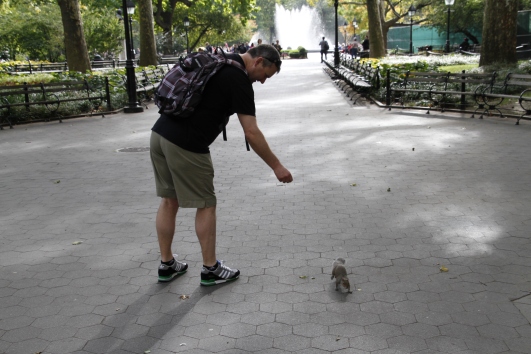 Mike enticing a squirrel to do cute things for the camera 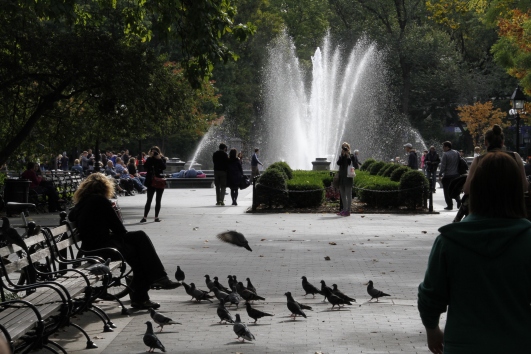 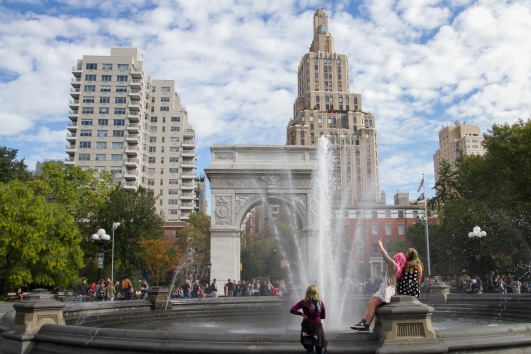 We tottled off for a sticky beak at the historic and fairly well-off neighbourhood. The weather had perked up with blue sky even making an appearance. 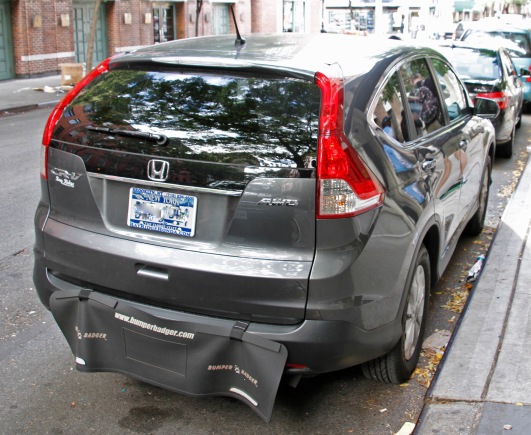 Have seen these a few times here – rear bumper protectors! 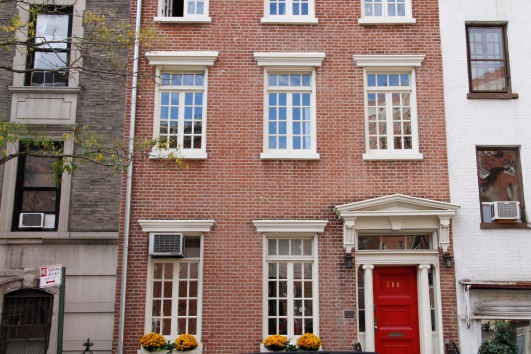 This took us to the Meatpacking District and the start of the High Line. I loved this concept as soon as I heard about it and there was no way we were going to NYC without seeing it. For anyone not familiar, in a nutshell it is a mile-long park on what used to be an elevated railway line from the 1930s. 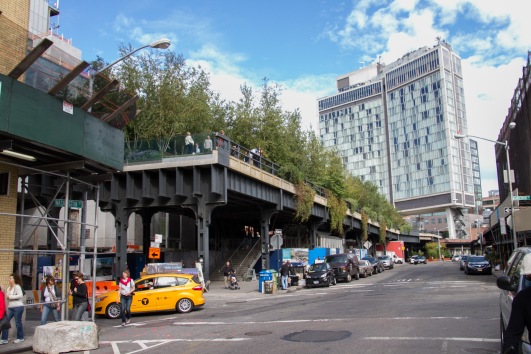 One end of the High Line

The only problem with visiting on a Saturday were the crowds. I thought that all of the visitors to NYC would be going to the Statue of Liberty that day, which the city had funded the reopening of (as the Govt shutdown continues on), but no – it turns out they all wanted to go to the High Line. It was ridiculous how crowded it became at times, not the Zen effect such a space should bring. 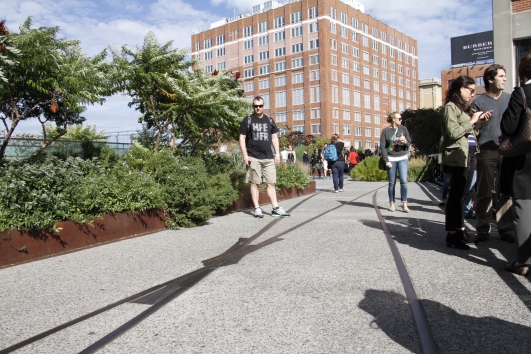 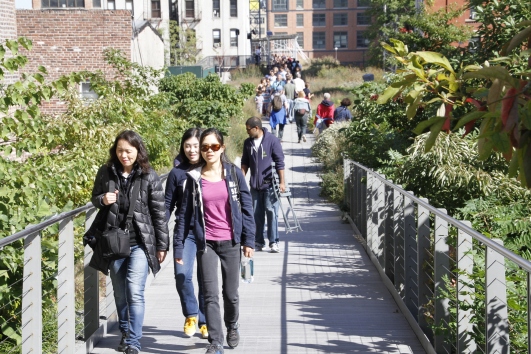 On account of the busy-ness we flagged having lunch there and instead went to Chelsea Markets which were very close by. Only one problem – it was even busier. Amazing building though (it used to be a biscuit factory) and we managed to find lunch and a quiet space to eat it. 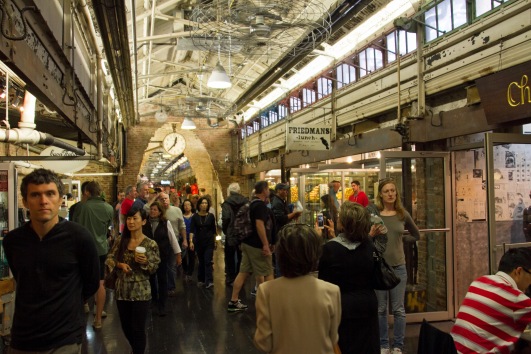 We returned to the hotel to get changed before heading back into the subway system for an hour’s journey this time, out to Coney Island on Brooklyn’s south shore. I had assumed it was an island in name only but turns out it did used to be an island, until the use of landfill connected it to the mainland. 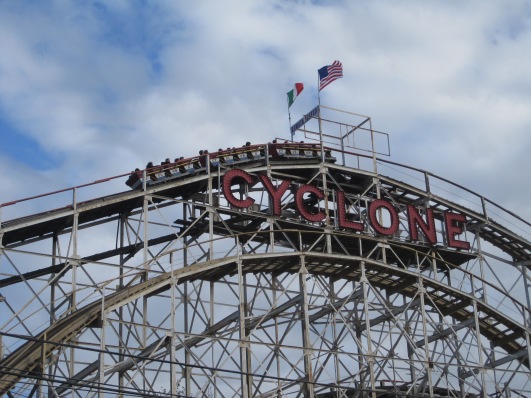 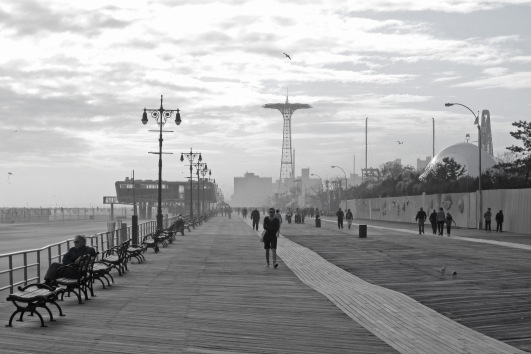 The cloud cover, sea air and occasionally whipped up sand combined to provide a pleasant filtered light. However, the wind was blustery and cool and we were travelling light for the remainder of the day, so weren’t inclined to linger. 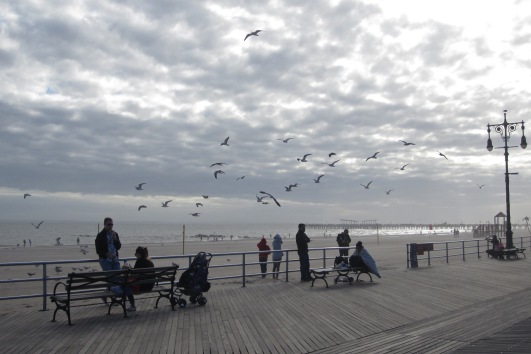 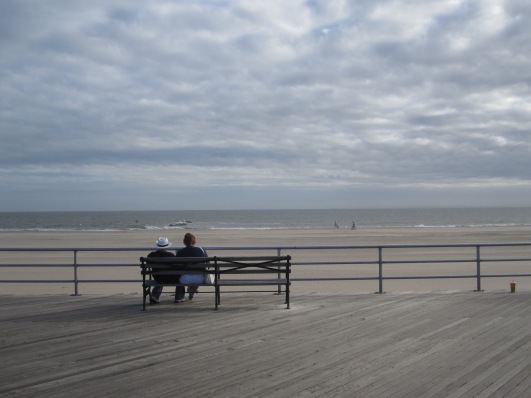 Coney Island must still be quite popular in summer – for one, the beach is huge – and there were still a lot of people around (I imagine only because it was Saturday). Still the place had a flavour of having seen better days and busier times which makes it pretty interesting in my book. 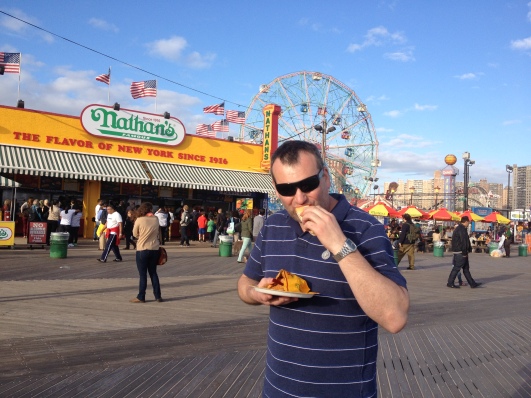 Mike fulfilling one of his Coney Island goals – to have a Nathan’s hot dog. They weren’t anything special though and the service was sooo slow 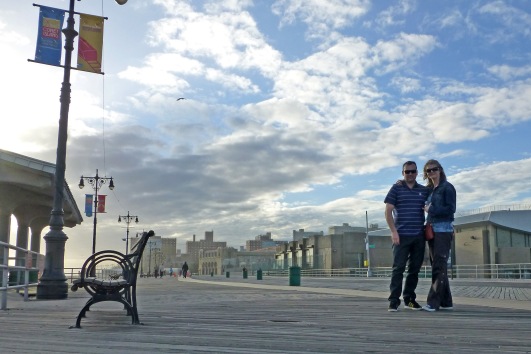 We got a train back to the other end of Brooklyn to find the Barclay Centre. The first of our classic American sports experiences of the trip began here with a preseason NBA game between the local team, Brooklyn Nets, and the Detroit Pistons. An amazing uber-flash venue with a swanky concourse area, superb lighting and sound (the Nets are owned by Jay-Z to guess whose music was playing before the game), I did feel a bit squeamish as we climbed up to our seats. We had good clear views down to the game, no binoculars required, and enjoyed watching the athleticism and skill of these players. 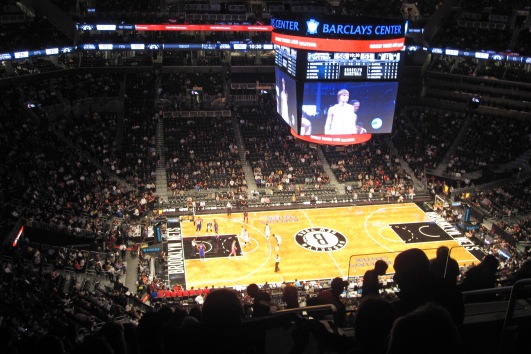 We snuck out at the third quarter (might be why they ended up losing – whoops, sorry fellas) as we’re both a bit pooped and have an early start tomorrow. This was our final night in NYC. We’ve loved this stay and are sorry to be leaving.