After the Rail Trail: 24 hours in Middlemarch

From here we were taking the train to Dunedin. This service runs only a couple of times a week and so we would need to stay overnight in Middlemarch.

After finishing the Rail Trail and dropping off our bikes we were looking forward to getting out to our accommodation. Not only had our first impressions of the town left us feeling a bit flat, but the b&b is historically significant in Mike’s family. We were keen to go have a nosey.

We hung out in the cafe until the owner, actually Mike’s second cousin once removed (or some such), could pick us up. Though related, this was the first time he and Elizabeth had met. 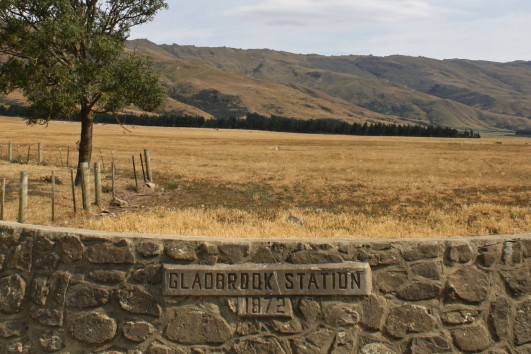 She drove us to the property, 10 minutes out of town. Unlike the theme of our past few days of pedalling, Gladbrook Station is a farm not a railway facility. It was bought 141 years ago by Mike’s great grandfather, a wool merchant from Scotland.

Mike with Elizabeth, current owner of Gladbrook. Both descend from Scottish settler John Roberts who bought the farm in 1872 and named it

He never actually lived here, opting instead for Dunedin which these days is only an hour’s drive away. Gladbrook has managed to stay in the family for five generations and this has helped retain a lot of its historical grandeur (it’s marketed as a luxury b&b). Old buildings dot the property and we happily took up the offer of a tour.

A woolshed with a view 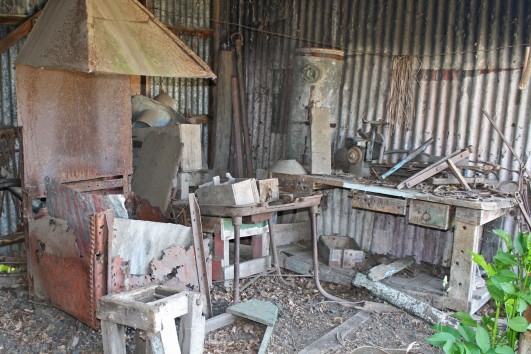 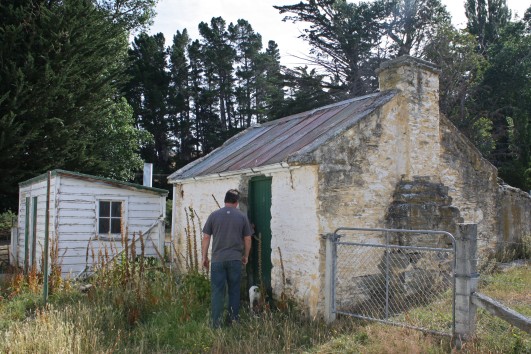 This used to be a farm worker’s bedroom

Having no other food sources at our disposal, we pragmatically sucked up the additional cost for evening dining which meant we could enjoy some lovely home cooking and local wines. I also have a fond recollection of cake…

Enjoying a wine with a new little friend

The train didn’t depart until the following afternoon, so the next morning Elizabeth suggested we go take a look at Sutton Salt Lake.

Salt lake? Turns out NZ’s only inland salt lake was just a couple of k’s away. I would love to visit the big ones of Utah or Bolivia one day but for now I was intrigued to experience a salt lake for the first time here, if on a much smaller scale. 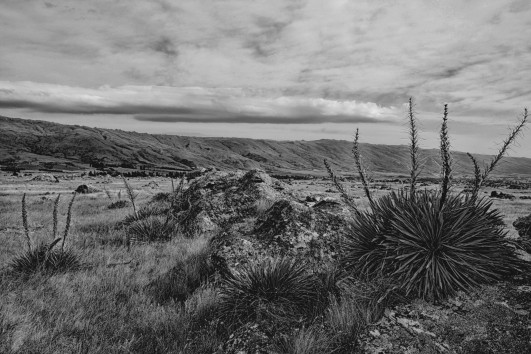 It was time to get ready to take the historic Taieri Gorge Railway through to Dunedin. We were really looking forward to this – though in hindsight we shouldn’t have had such high expectations!