In more overcast weather we set off on the 44km jaunt to Hyde. I really liked simple photogenic little Wedderburn and vowed to come back and stay another time.

Somewhere between Wedderburn and Ranfurly

First station stop of the day was Ranfurly where we had a quick poke around the station buildings. The town was originally known as Eweburn, which given the Wedderburn thing made you wonder if the Chief Surveyor back in the day set out on a theme he would feel compelled to maintain. Surely we wouldn’t come across a Hoggetburn or Lamburn?

Ranfurly is the largest town in the Maniototo district. Maniototo is Maori for ‘plains of blood’ – hopefully not the blood of Rail Trail cyclists.

We approached the Rock and Pillar Range which we’d then hug the base of for the rest of the day.

The vast land around here was subdivided after WW1 as part of the rehabilitation scheme for returning servicemen. Further back in time this was a forested area inhabited by the now long-extinct moa. 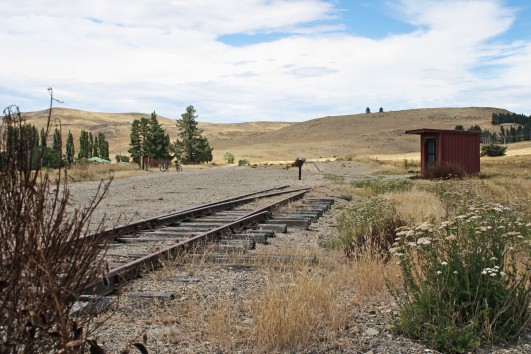 Kokonga station used to be here. A small settlement is still located nearby

Daisybank is one of the Trail entry/exit points 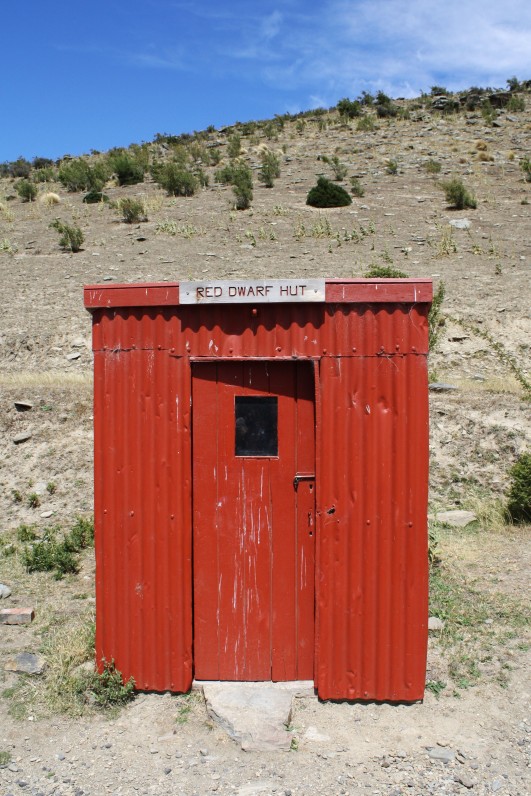 Not sure who the red dwarf was

Lunch stop by the Taieri River

Tiroiti station was here, servicing one of the railway construction camps 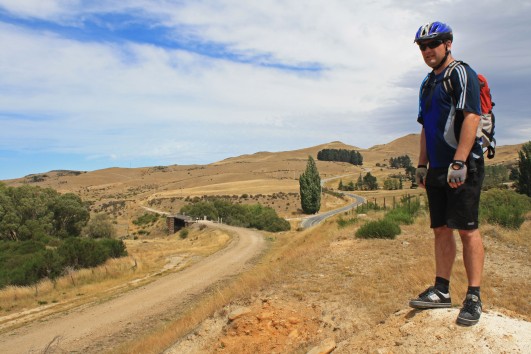 Is it just me or does Mike look a bit gigantic?

After the challenge of strong cross winds in the last sector, and after what was probably the last tunnel of the Trail, we arrived in Hyde. The old mining town lives on though today is sustained moreso (in part anyway) by Rail Trail tourism than small shiny particles.

This would be our stop for the night. We had booked with the Otago Central Hotel but as the hotel part was full of Rotarians, we were put in a separate house a short distance away.

As was our pattern, there was time left in the day to both explore and kick back. 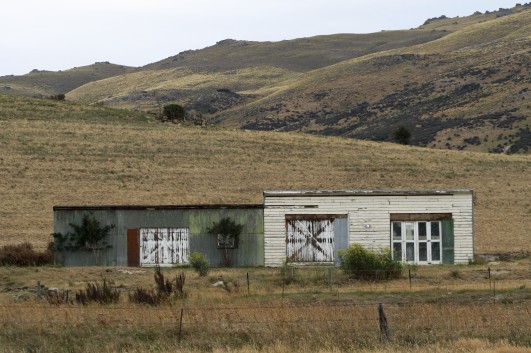