Rail Trail: Before the ride

When I met Mike a few years ago it seemed that I would need to reacquaint myself with pedal power, something that had been absent from my life for, oh, a couple of decades give or take.

I was only luke-warm on the idea so quite some time passed and I was still bikeless.

Then after a visit down south we jumped on a great idea: that we should cycle the Central Otago Rail Trail. We had heard great things about it and knew it would be a perfect activity given we both have a big soft spot for that part of the country. The 150km ride was eminently doable thanks to the very gradual gradients and the many options for splitting it across several days. After all, why would you want to hurry through the absolutely stunning landscapes of Central Otago?

The Rail Trail has been a huge success. Since opening in 2000 it has inspired the development of many other trails. And having done it I’m adamant that it’s one of the best activities you can do in this country.

So with that decision I bought a bike and we set about acquiring some saddle fitness. A week in Feb of ’09 was organised and an order for fine weather placed.

A couple of nights here kicked things off.

Catching up with friends, picnics, shopping – all great stuff. One activity we may not have done with the infinite wisdom of hindsight is a walk from lakeside up to the top of Queenstown Hill. Steeper and longer than we realised, this walk (while rewarding) killed our legs and we knew they’d be sore for the next few days. Probably not the smartest preparation just prior to a four-day bike ride. 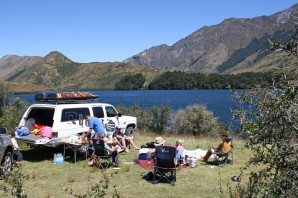 Vistas like this scream ‘South Island high country’ to me 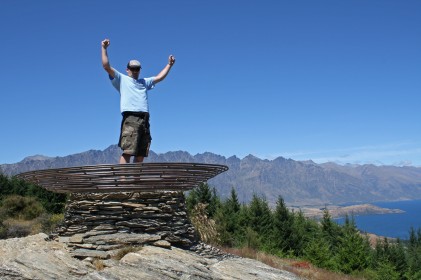 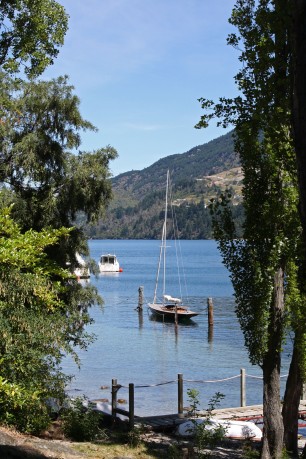 The Earnslaw returning to base

From Queenstown we caught a shuttle bus over to Clyde, a small town an hour away where the Rail Trail starts. (Or ends, depending on your inclination.)

Like many towns in these parts, Clyde came about because of the gold rush. The 1860s saw tens of thousands of miners descend on the area, gagging to find glimmering particles in the banks of the Molyneux (now Clutha) River.

The Clyde Dam’s very controversial introduction in the 1970s-80s changed the town forever and transformed the rugged Cromwell Gorge into Lake Dunstan. The railway from Cromwell to Clyde disappeared under water and the branch through to Middlemarch closed a few years later.

Very gradually those tracks were pulled up and in due course the land re-emerged as a walking and biking trail, punctuated with old station buildings and other such reminders of its former life.

Our two-wheel journey was to begin the next day. In the meantime we coaxed sore muscles on a walk around Clyde – with its colourful history, there was a bit to see.

We stayed in what had been the original Postmasters House 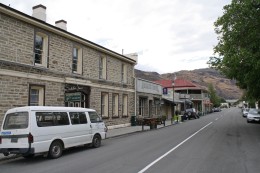 Masonic Lodge No. 103 in Clyde 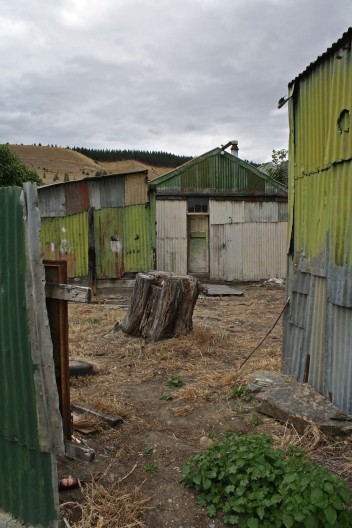 I love a bit of ramshackle and ruinous charm

Downstream from the Clyde Dam… 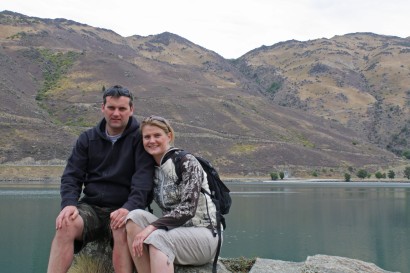 Good security to keep out the riff raff

Earnscleugh Bridge, actually the third bridge built in this spot 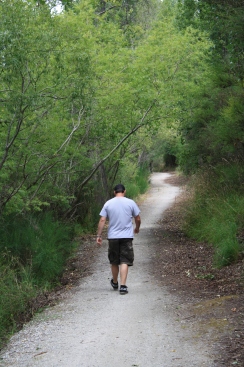