After the hot walk around Craters of the Moon the lake beckoned. We chose a spot to park along the busy lakefront in town and then found some shade to flop under. Rather, the boys dumped bags and scuttled off down to the water, leaving me to do the flopping. 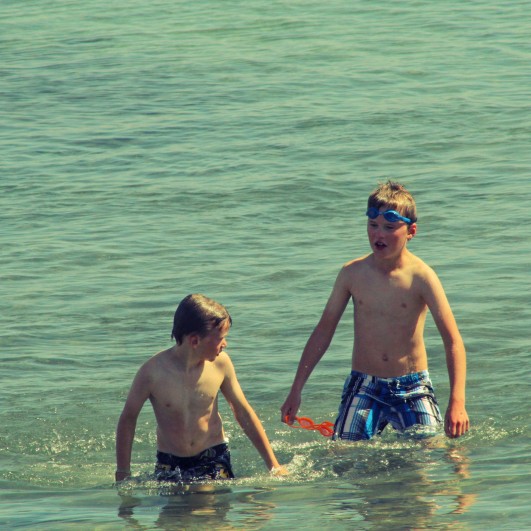 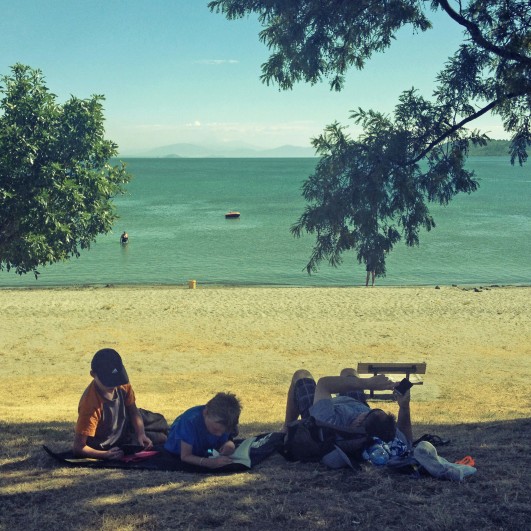 There’s only one thing to do after such exertion 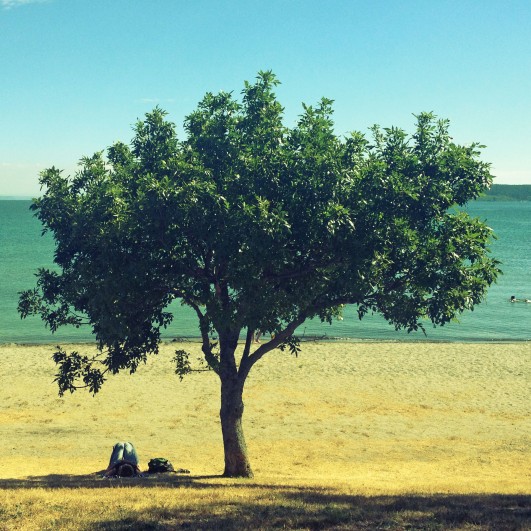 A tree for one 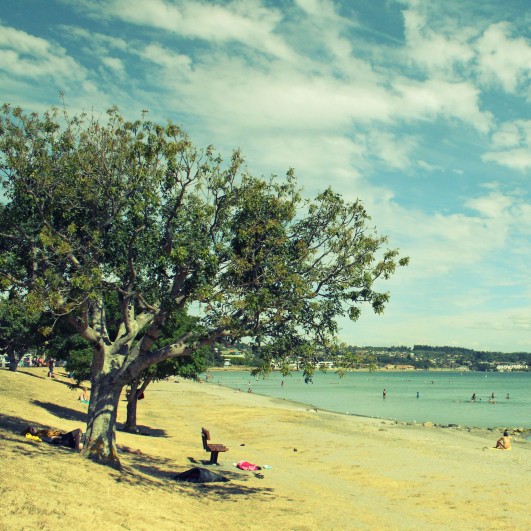 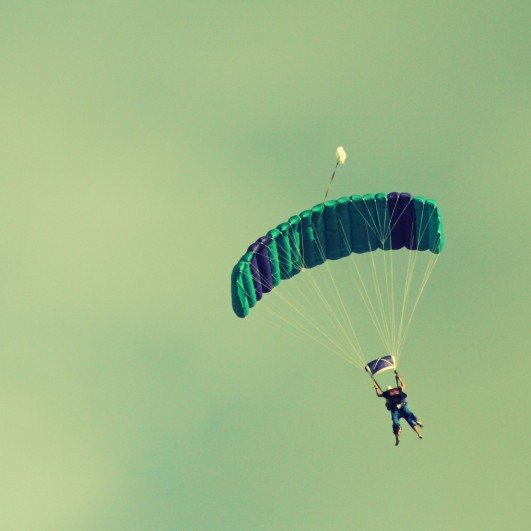 An hour or two was frittered away like so, drawing out the day to a time when we could find an early dinner in town before heading back to Hatepe. On such a day meals should be enjoyed al fresco and we found an outdoors dining spot, even if it meant we had to keep chasing the shade around the deck.

The next day we stayed put. One more day to enjoy the lake, even if the sun couldn’t really be bothered making a similar effort. 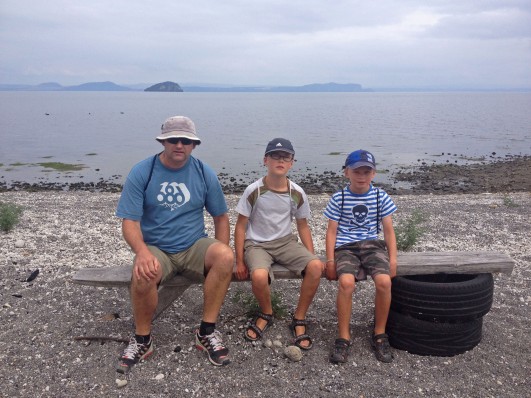 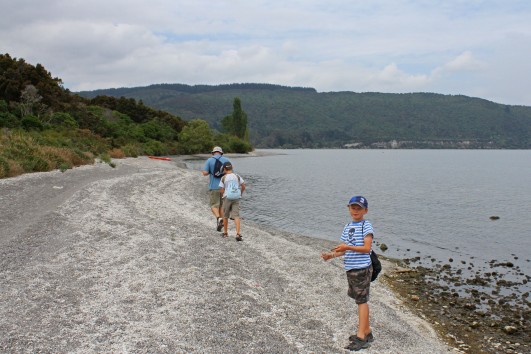 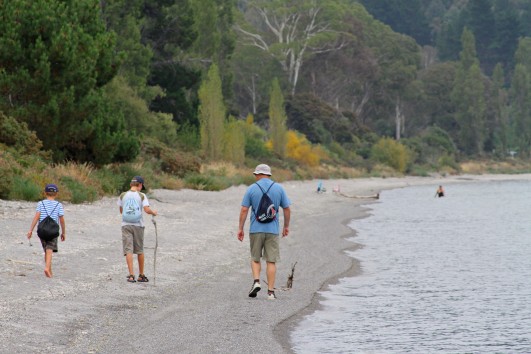 It was a nice walk, quiet but for the occasional other human life form and the reasonably constant hum of State Highway One traffic, hidden for the most part behind the green belt. 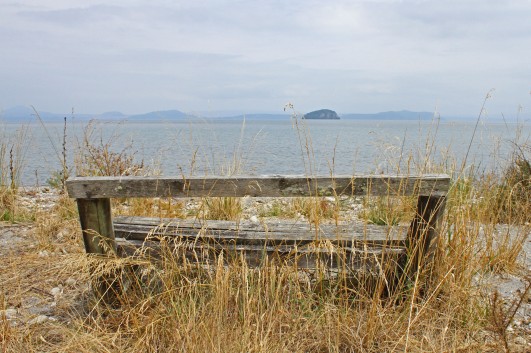 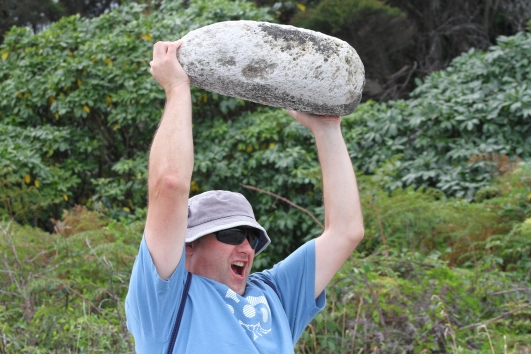 So strong (with a featherweight hunk of pumice)

All was well and good until we reached a muddy gunky strip in front of a house where a really vile smell emerged. We figured this was a good turning around point. Boys were getting restless for a swim and we needed to get well clear of this unpleasant spot. 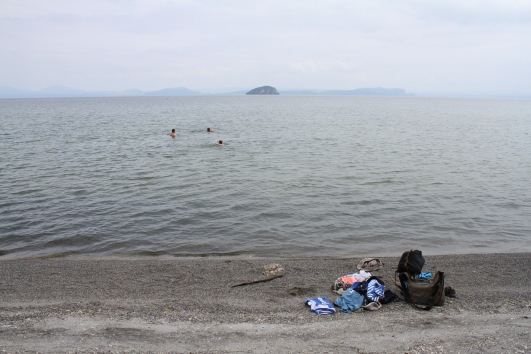 A swim stop, as you do (or as some do; you’ll note my position)

We ended the day much as we had the other two: sitting outside the bach, limbs doused in insect repellent (I have delicious ankles, apparently), enjoying a few drinks, while monitoring the sunset potential. 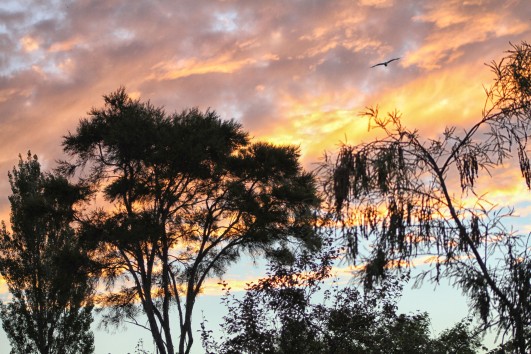 I decamped down to the lake each night to watch the sun dip behind the hills to the west and I suspect I’ll stick a few of those shots in the next and final post in this short series.