Kapiti Island: 2 …must come down

We strode back down the track to the intersection of Wilkinson and Trig, turning right into the latter. It was more rustic than the earlier path though there was still a vaguely discernible track.

Not that way. The other way

Markers were useful, until they seemed to disappear

With camera in hand I wandered along much as I had on the way up, gazing out and up more than down. Then I tripped on one of the many exposed tree roots and thought I had better be more attentive.

However the track was damp and slippery from recent rain and best endeavours to be careful and sure-footed still didn’t save me from another couple of trips and falls. (More from good luck than good management my camera and dodgy wrist escaped intact.) Mike it transpires could be part-mountain goat and he almost skipped down the treacherous path.

The brochure compared the Trig track to the other: “Considerably steeper, with narrow, uneven sections.” Pretty accurate really. Later we surmised that it could have been the original track up to the summit.

It was a good call that we didn’t walk up this way. 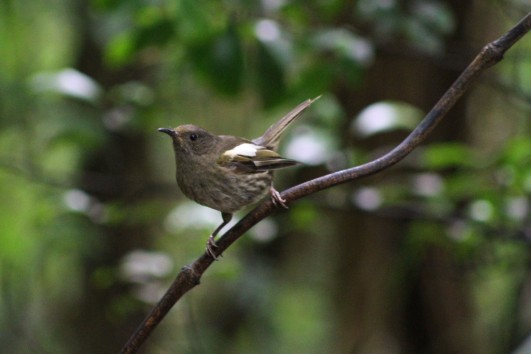 Success! A female stitchbird, also known as hihi. One of NZ’s rarest birds

The track was only 2km long and when the terrain started to even out it was a good clue we were nearing the end. This also boded well for my chances of staying upright. 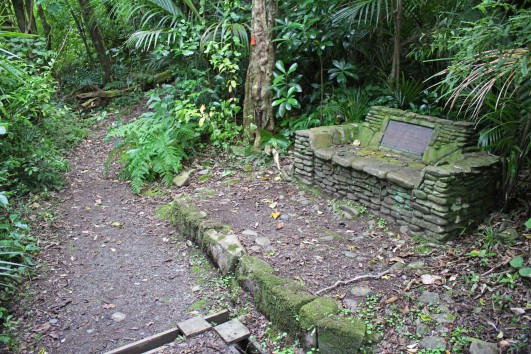 The bush-surrounded seat is a memorial to Flying Officer R M Jones of the RNZAF who died in WW2. Apparently the seat once had a view of the sea – you’d never believe it now 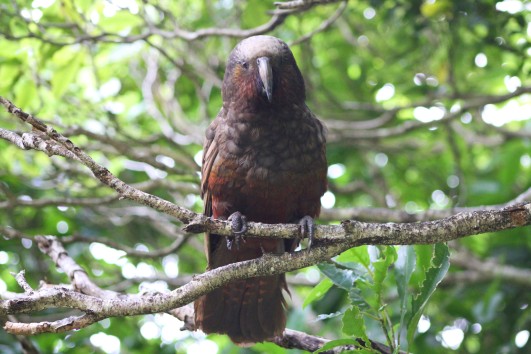 A kaka, or large brown bush parrot. Not in the least bit timid, around us 2-legged folk at least

The kaka was quite happy in his tree but I’ve seen photos of them perched on people. In my last post, another blogger commented that one had bit her lip as it sat on her while she was eating a cracker!

There was enough time before the ferry was due to have a decent walk around. We were keen to find some takahe but they weren’t keen to find us and stayed well hidden. Not to worry, there was plenty of amazing vegetation to take in and the inevitable bird or two of varieties that weren’t playing hard to get.

A house for DOC staff peeks through the trees 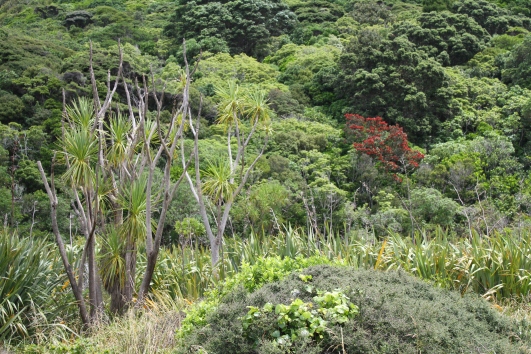 The pot is a relic from whaling days 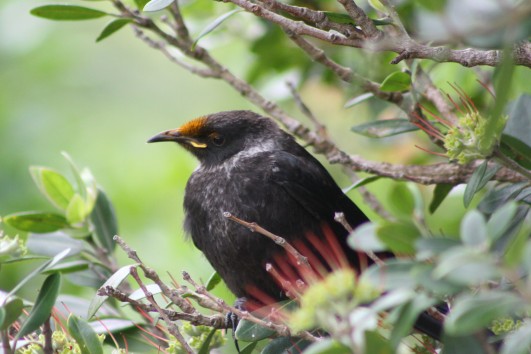 Another young tui I think, though bird expert I am not 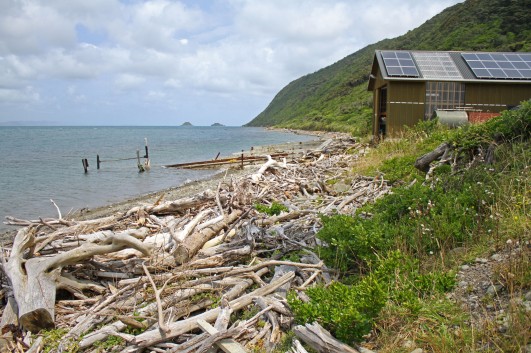 The high tide line is thick with driftwood

Another weka, just to round out the bird gallery

The ferry arrived and we stepped off Kapiti Island. 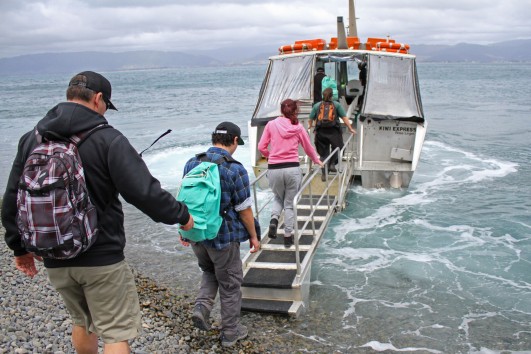 As something of a bonus we tracked north along the eastern shore to collect visitors from the North End, which gave us a peek there. The island’s only accommodation is here (on private land that has been looked after by the same family since the 1820s) as are a few other walks. Another day maybe.