I have a bit of a thing for train journeys so had wanted to work in a ride on the Reunification Express. Planning determined that this would be just the short stint from Hue to Da Nang which didn’t seem long enough but was better than nothing.

Some of the friends I’d left a few days before were taking the train up to Hanoi – with a sleeper car booked and loads of leftover Veuve, I was plenty jealous! But… I heard from Danielle before I left and she said it had been a nightmare! So maybe my two hour journey was going to be just fine.

Over at the station I wrestled my bags inside, waited, tried to find someone to clarify arrangements with, gave up when no one seemed the slightest bit interested, and just went out to the platform with the gathering crowd. 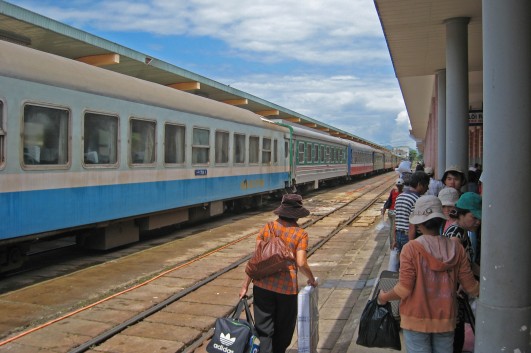 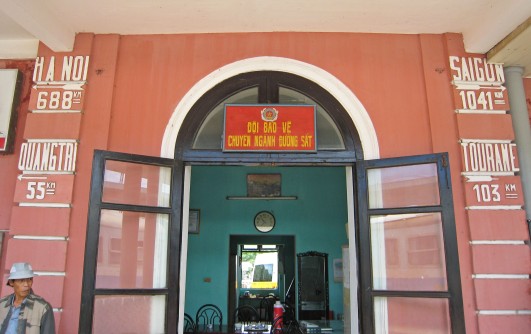 The train arrived and I wrestled my bags onboard and discovered a couple of things. Bags had to fit in the overhead racks. My pack did, but my bag containing all my shopping did not – nothing for it but to stuff it in the footwell. Leg room is usually inadequate at the best of times, today it was ridiculous. 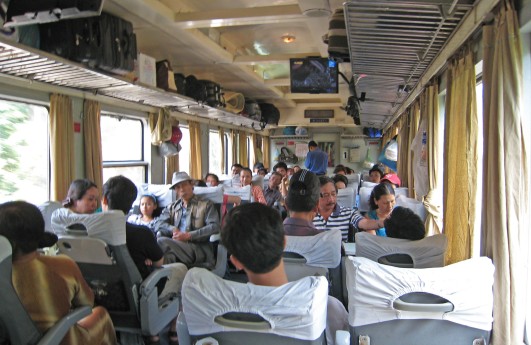 My second discovery was the stubborn Vietnamese woman inhabiting my carefully selected window seat (booked from NZ well in advance). A frustrating situation but expressing such sentiments in English was going to achieve nothing. Fortunately there was a seat in front and I would have to make do with half a window. At least it was still on the side that would enjoy coast views. 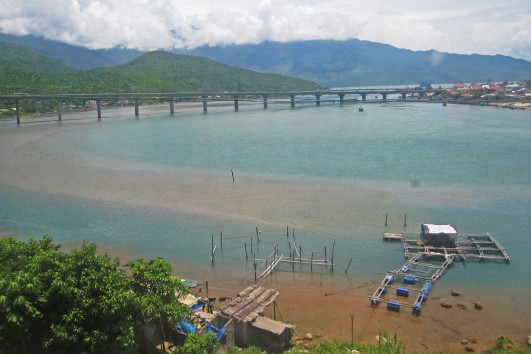 Similar shot to one a few days before, except that was from a car. I had been taken to Lang Co over the bridge for lunch on the way north 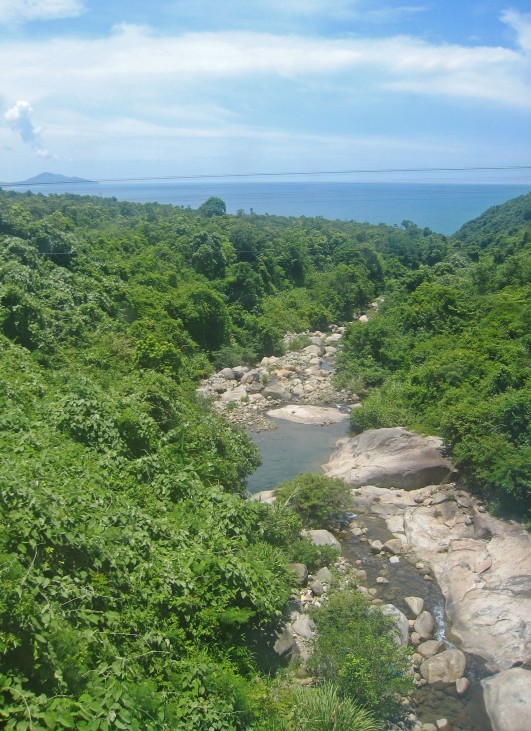 And I was able to enjoy the views. It is a beautiful coastline with stunning green and blue combinations. The railway runs closer to sea level and around the hill rather than through it. It was good having the added context of the Hai Van Pass drive a few days before. 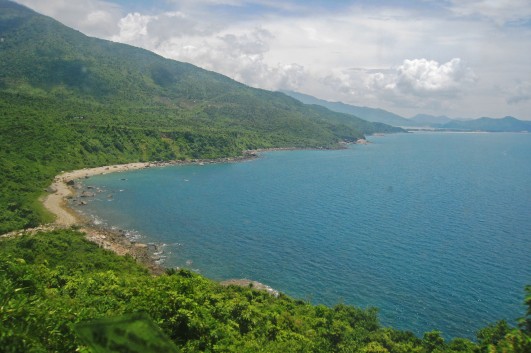 The experience with the stubborn woman was more than made up for by the friendly Vietnamese girl who helped sort out my seat situation, bought me a can of Coke and helped me get my bags off at the other end. She was lovely. 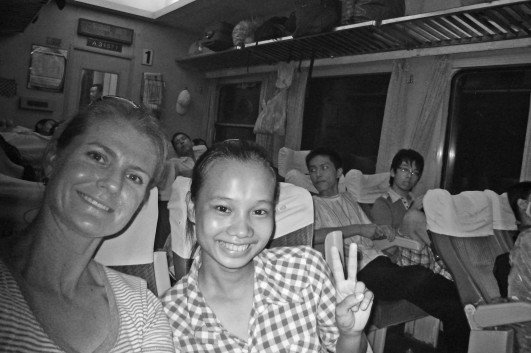 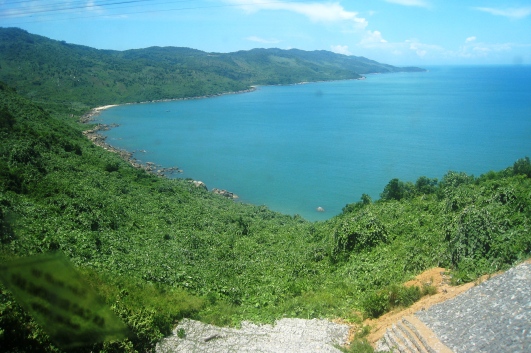 I distracted myself with views and photos but after a time I was well and truly over having my knees up at chin level. 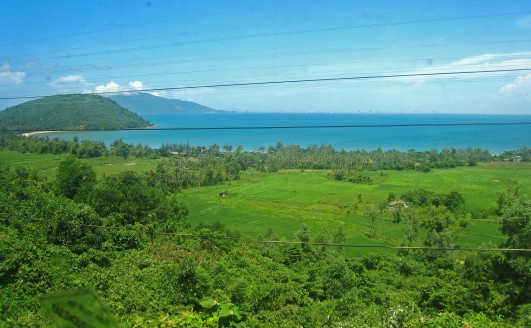 Shame about the wires

We arrived in Da Nang where I’d be spending a little over 24 hours. 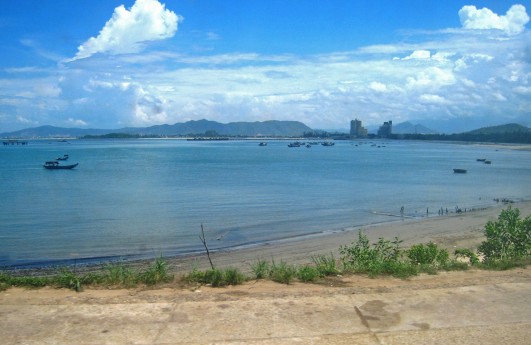 On the outskirts of Da Nang 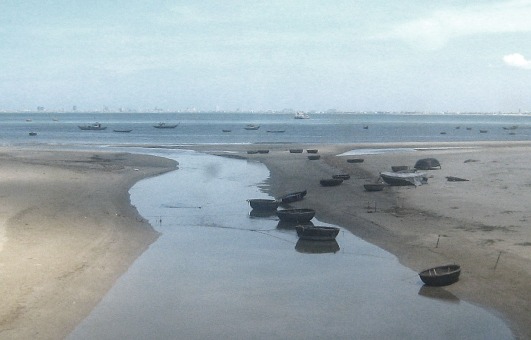 I couldn’t wait to stand up.