I was making it through a long day following a big night out. Early that morning I was picked up on a pre-arranged private tour to My Lai where a massacre took place during the Vietnam War. Now it was the afternoon and we were heading north back to Hoi An.

One other stop was planned. About 30km off the main road is My Son (which I heard pronounced as “me sun”), basically a kind of mini Angkor Wat. Which is to say, it is an historical temple complex. 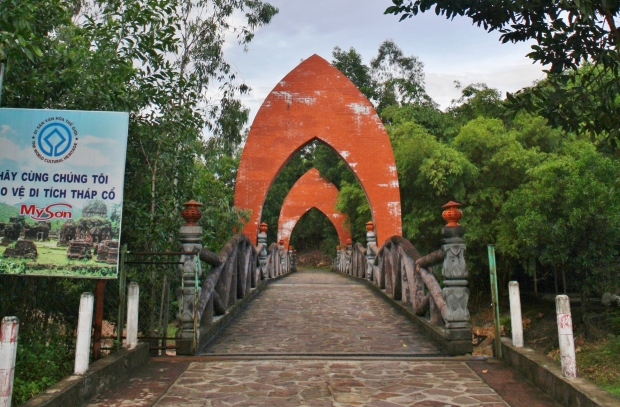 The temples date back to between 4th and 14th centuries and are laid out in various groupings. I walked around with my guide who rattled off various information snippets. 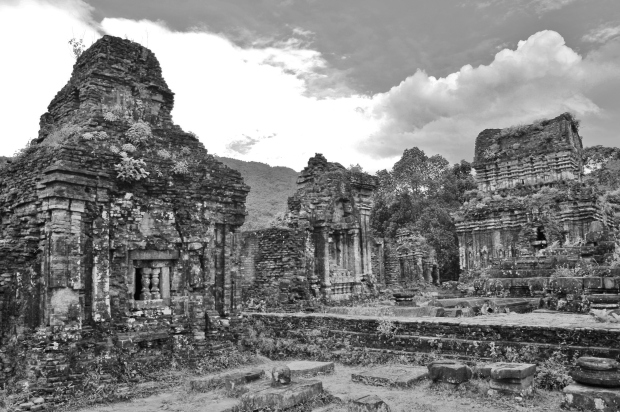 The My Son remains are referred to in groups, often associated by age or architectural styles. This is part of Group B

Sadly many had been damaged if not decimated in the War but there’s still a lot to see. 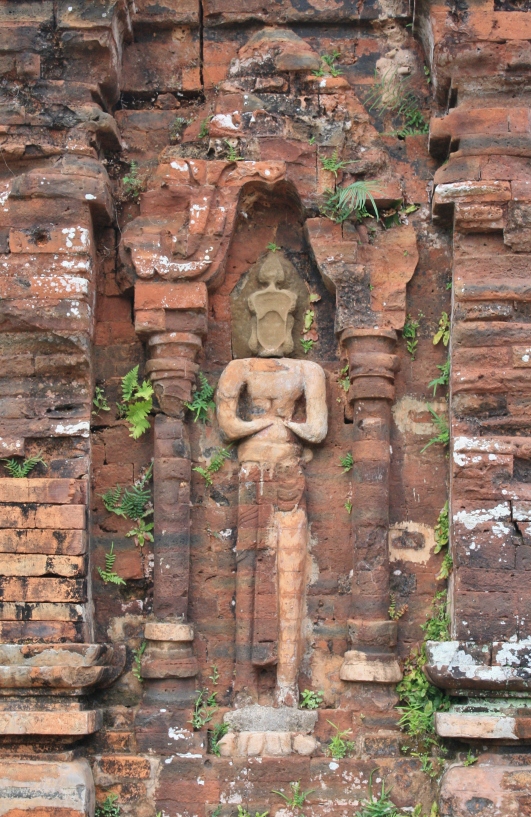 The temples are Hindu and were built to worship Shiva 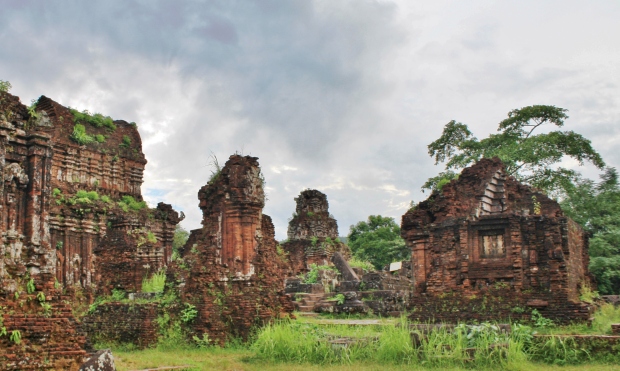 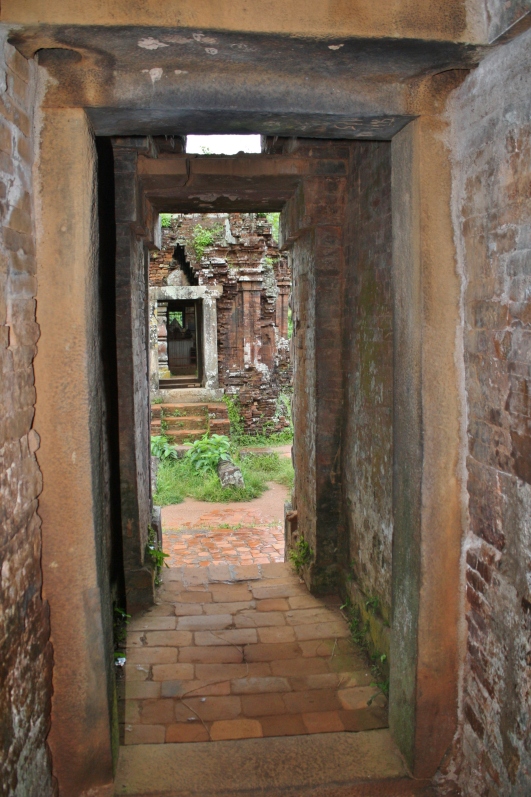 An inscription in the old language Cham, I think … god knows what it says but it is quite aesthetically pleasing 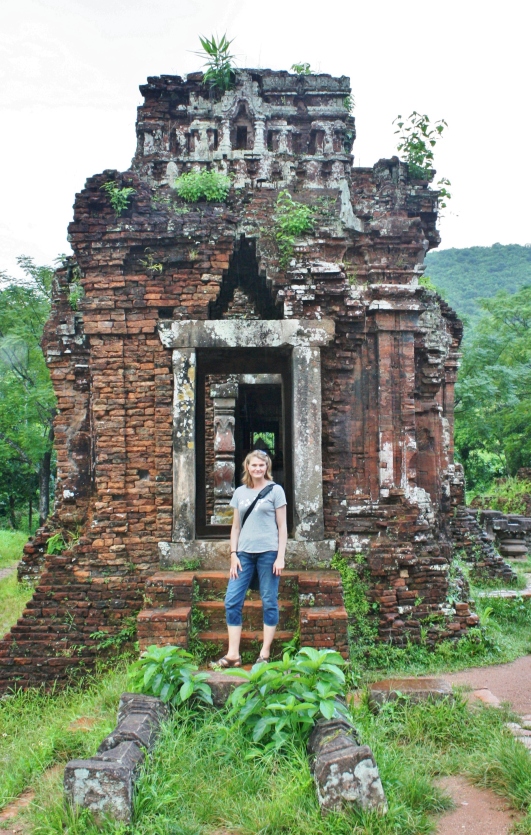 Me and temple C2 (10th century or thereabouts) 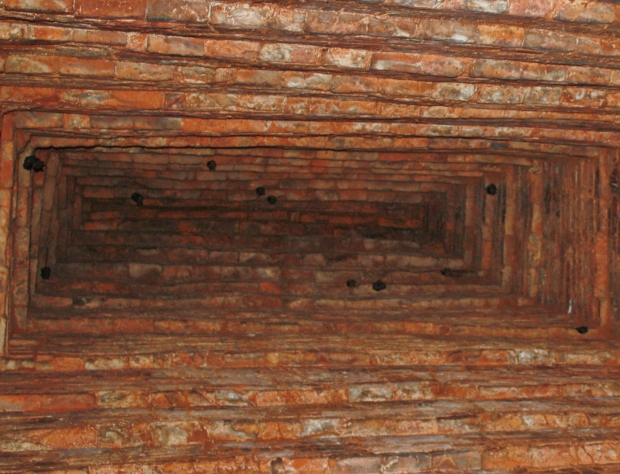 A roof cavity and resident bats, happily sleeping, even after my flash went off 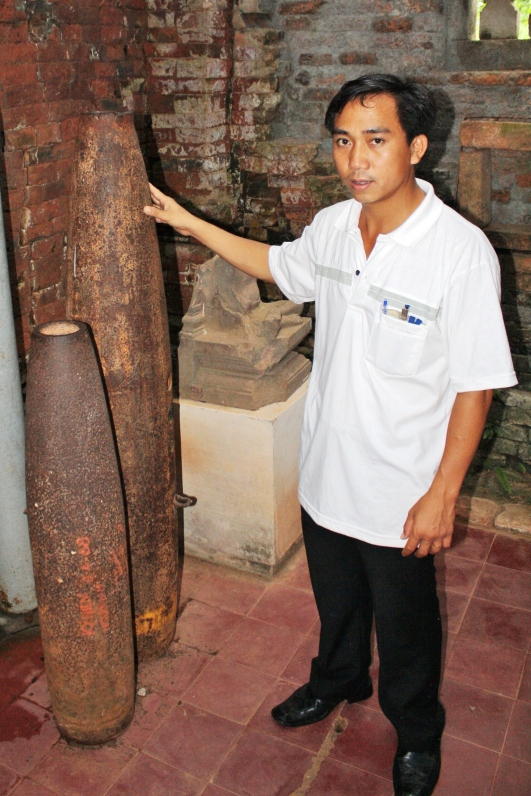 My guide found a bomb casing in his size. I did not 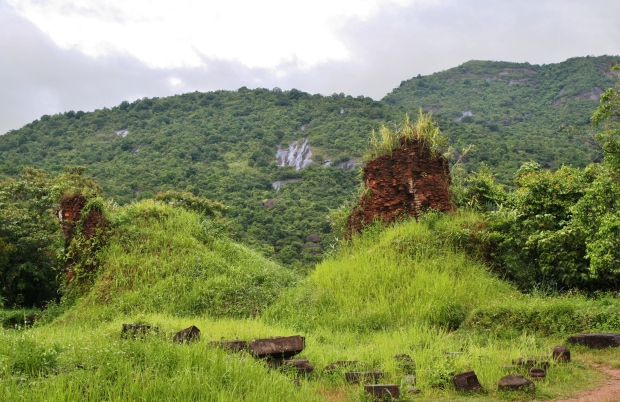 My Son is in a valley surrounded by jungle covered hills 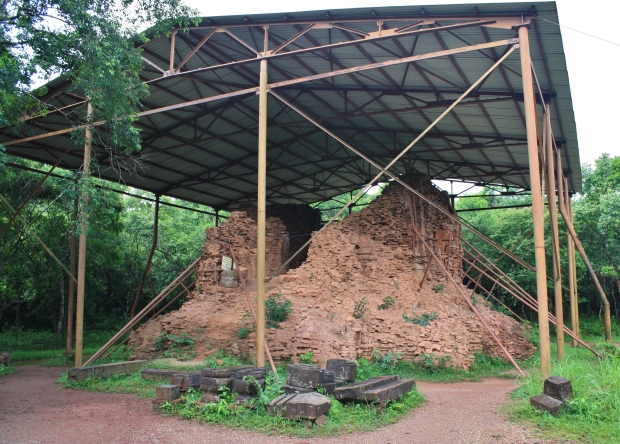 Shelter and extra reinforcing to protect these ruins. Some deterioration is the result of time; most is due to Vietnam War bombing 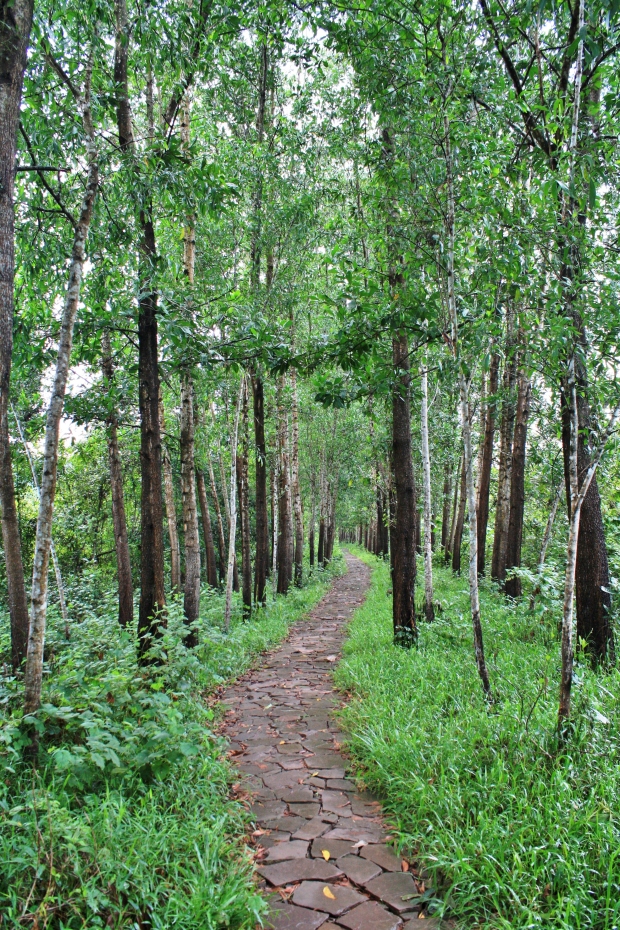 Trail back to the carpark

Finally I made it back to the resort. We went out for a lateish dinner as the final event of the group all together. 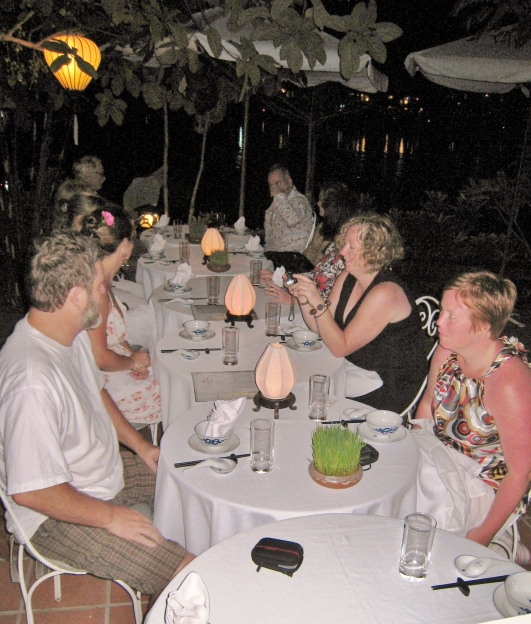 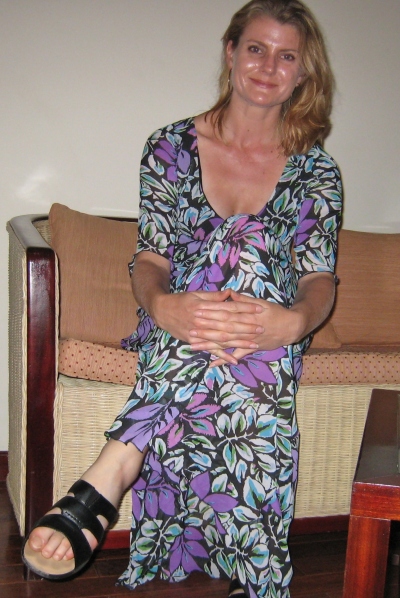 Excuse the photo – it’s just to show the maxi dress, being one of three items I had made in Hoi An. Now, three years on, they’re all still wearing well. The dress is not something I get to wear often and it was good to give it its first airing while still in Vietnam. The tailoring is one reason I would love to go back to Hoi An (the beach and old town being other big drawcards).

The following day we all dispersed. It had been a fun week’s interlude to the solo travels and now it was time to start the final phase of my itinerary. Next stop: Hue.