Until very recently, Wellington had three main correctional facilities: Rimutaka Prison for men, one of the largest in the country; Arohata Prison for women; and the oldest, Wellington Prison, also for men.

We live near Wellington Prison. For about 85 years, this facility (aka Mt Crawford Prison) has sat on what is now one of the most desirable hill-top parcels of land in the city. As well as it being a familiar – if tucked out of sight – local landmark now that I live in Wellington, I had an awareness of it on account of my ex-husband, who may have gotten to know the place quite well before I met him.

It was built in the 1920s to replace an inner city ‘gaol’. At the time its construction reflected evolved thinking around more humane applications of penal policy. However, this thinking has marched on further still and the focus within prisons now on rehabilitation and reduced re-offending meant that Wellington Prison was no longer a viable facility. The buildings were also not earthquake strengthened – a factor which is receiving a lot of focus across Wellington.

So the prison had to close. It actually closed for the first time in 2008 because of the ageing buildings, only to reopen the following year because of a rise in prisoner numbers nationally. But on 30 November 2012 it closed permanently.

Before this happened, the Department of Corrections did a brilliant thing and ran an open day, within a few days of the last prisoners being transferred out. Mike and I were keen to go. We rolled up around opening time and for the price of a gold coin (proceeds to local charities) we joined throngs of other visitors.

Armed with a pamphlet, we began our self-guided tour. 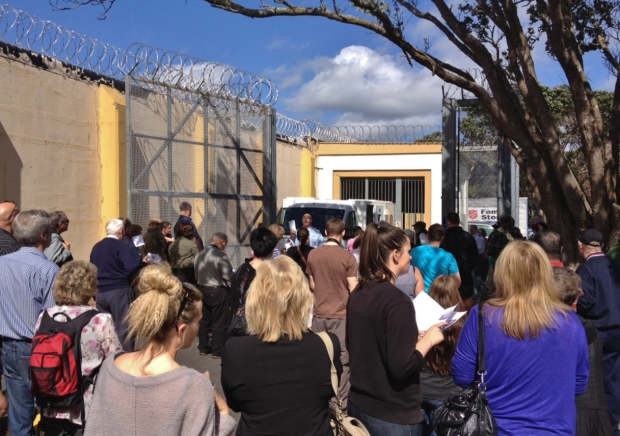 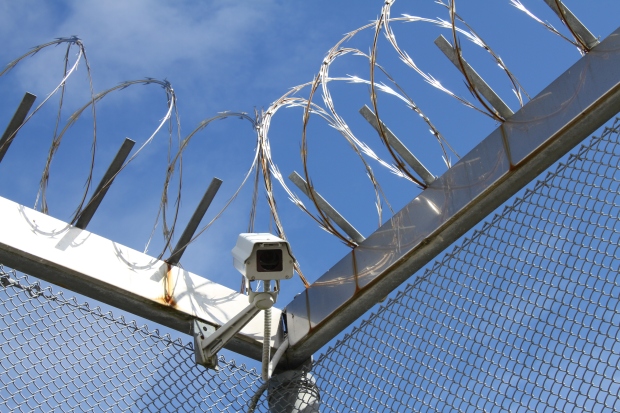 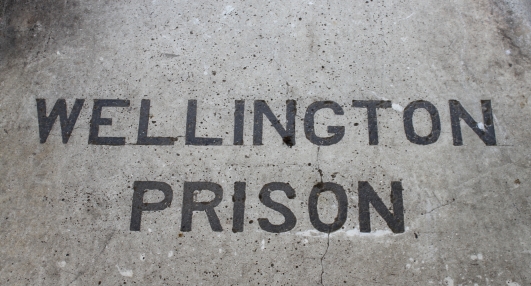 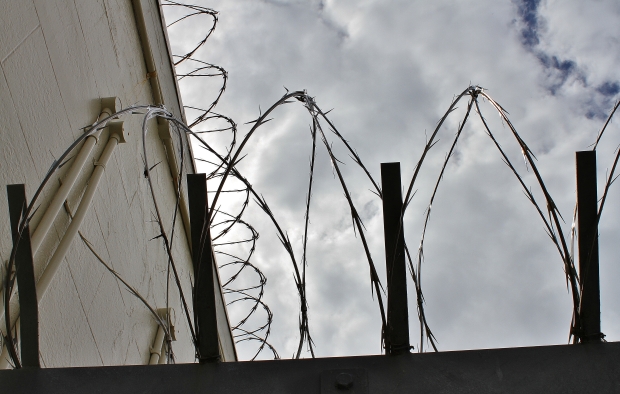 Razor wire was installed in 2009 after the prison re-opened 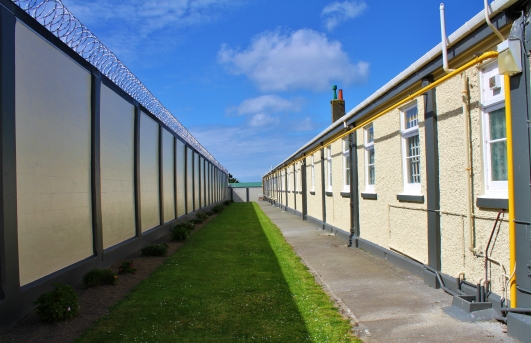 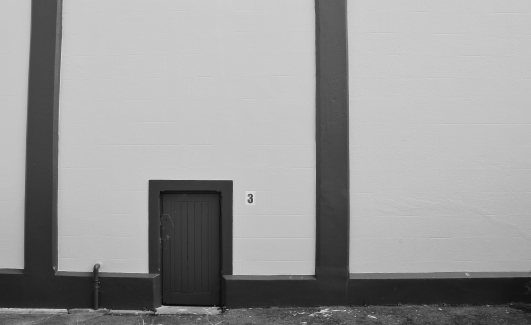 Four executions by hanging took place here in the 1930s. The small door was used to remove the bodies 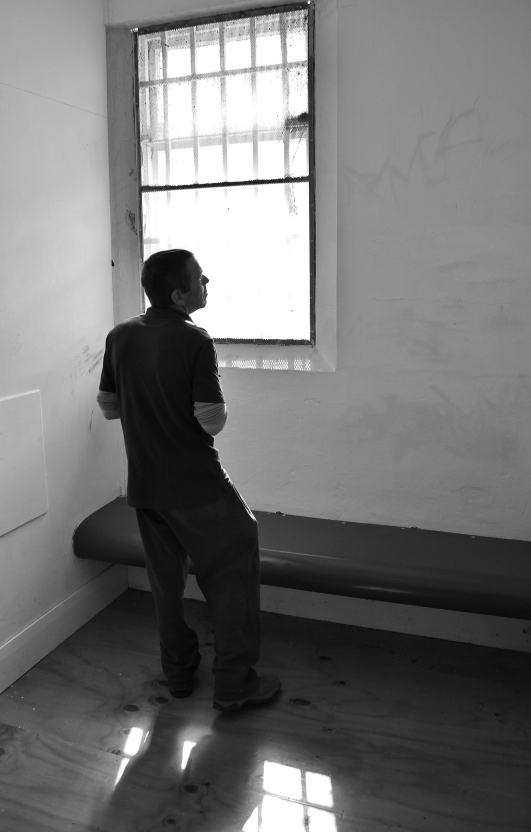 Reading graffiti in one of the processing rooms 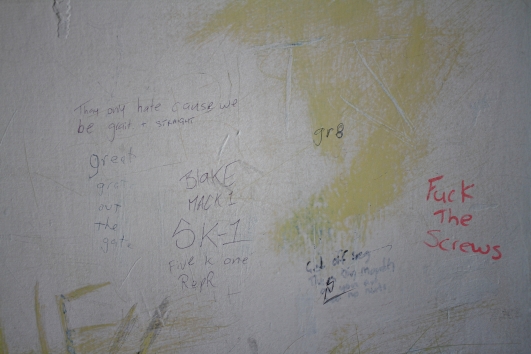 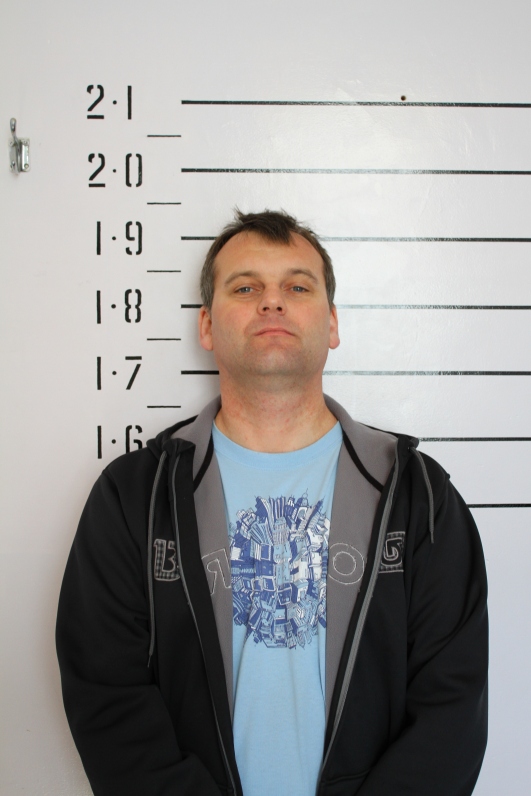 A convincing reenactment by Mike 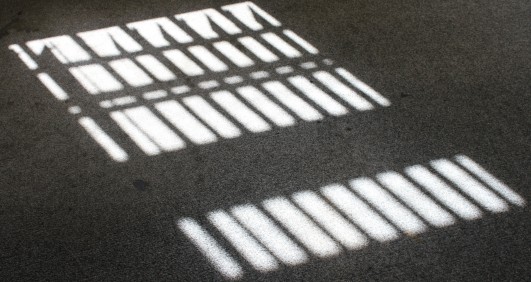 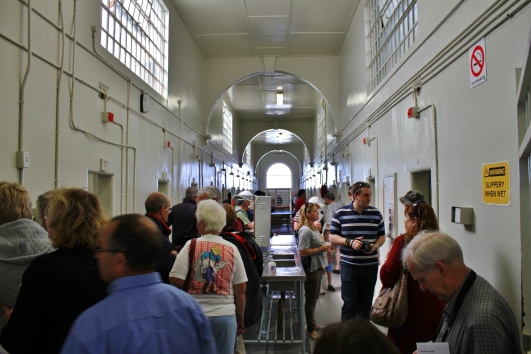 Unit One, where higher security prisoners were kept 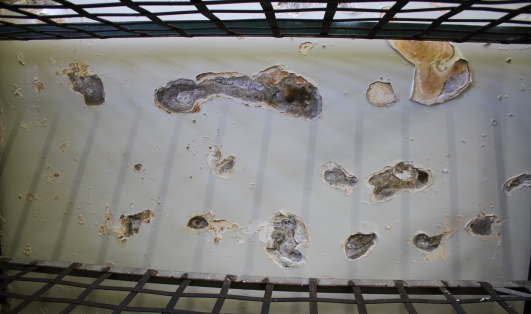 Horrible damp walls – this cell was next to the shower block 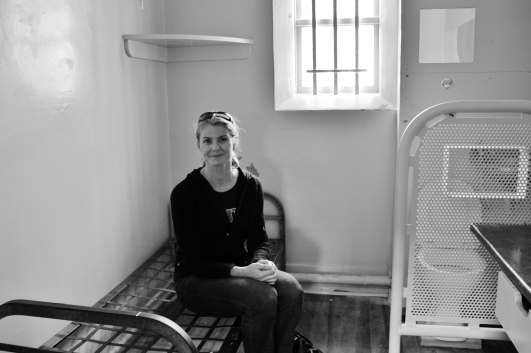 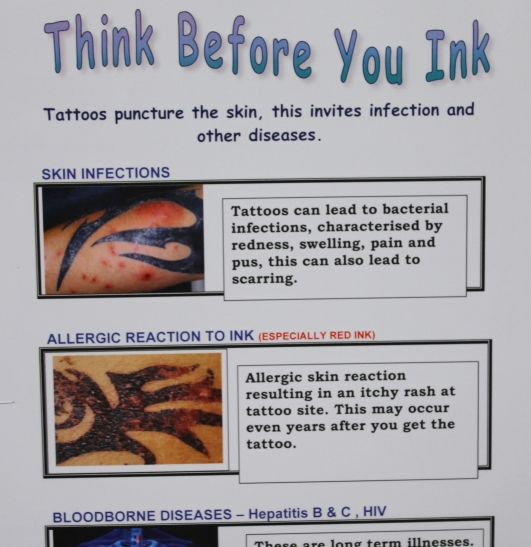 In one of the large rooms a few displays included a table of old criminal records. These two chaps were ‘gaoled’ in 1907 in Auckland, one for forgery & altering, the other for vagrancy 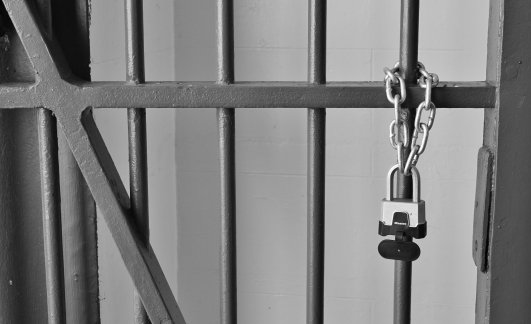 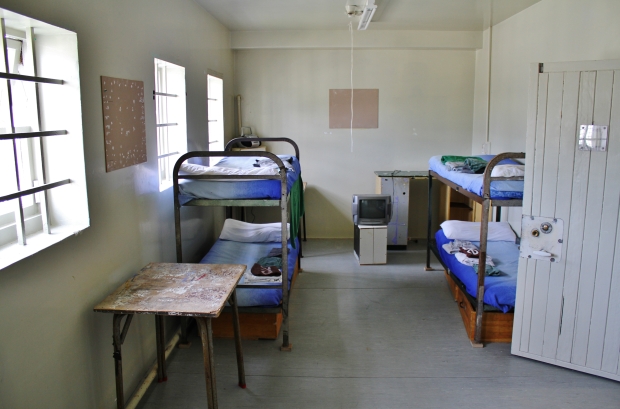 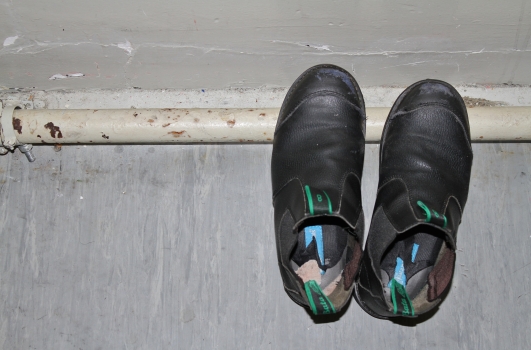 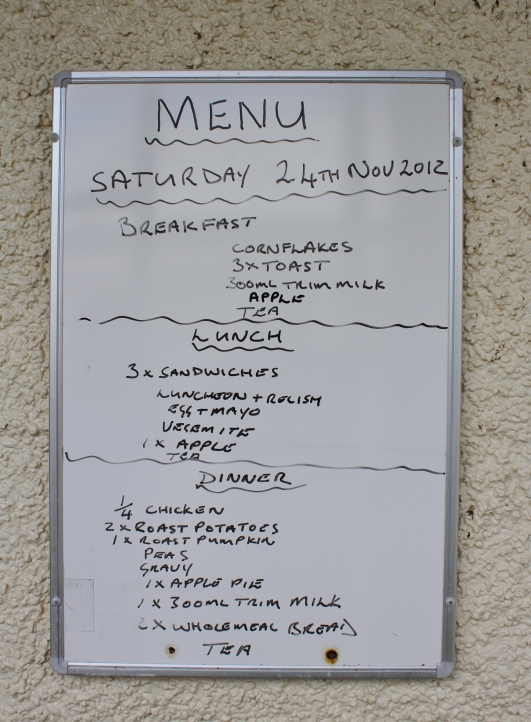 One of the last menus before the remaining prisoners were relocated 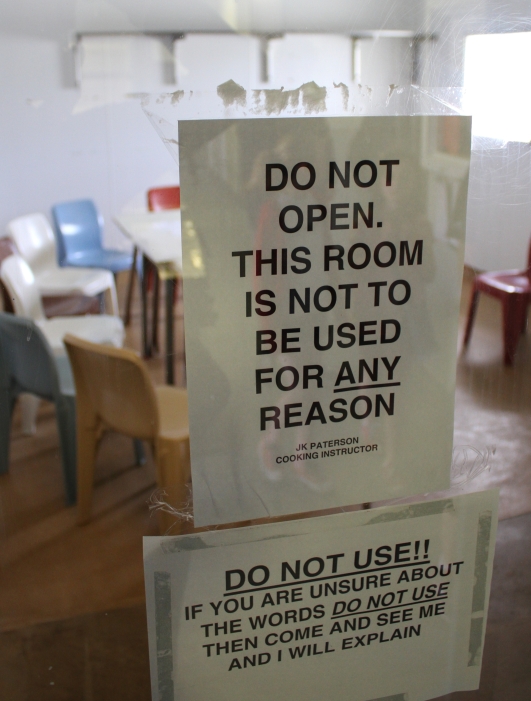 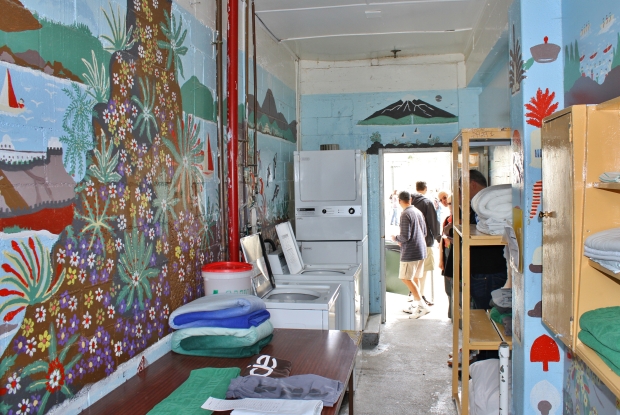 The laundry walls were one big mural

Before 1984, when the chapel was established, this had been a shower block 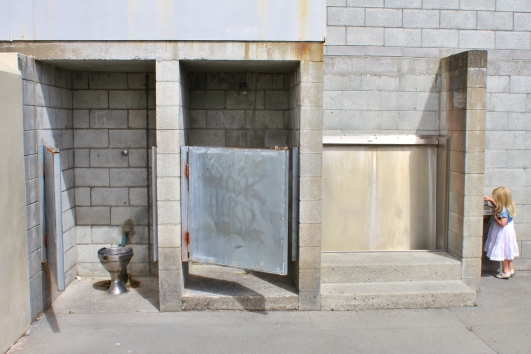 Toilets in one of the outside yards – and, delicious, a drinking fountain nearby 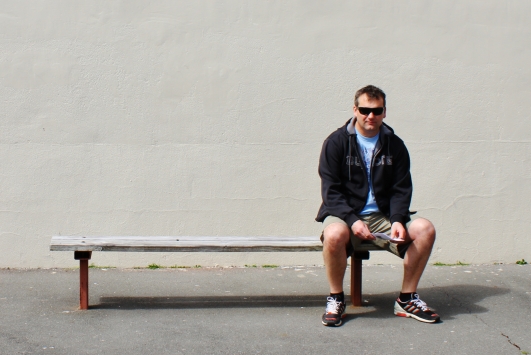 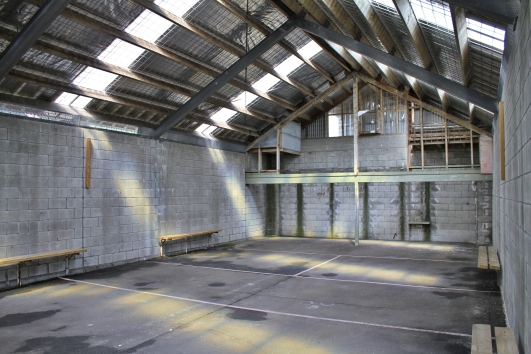 One of the all-weather exercise yards 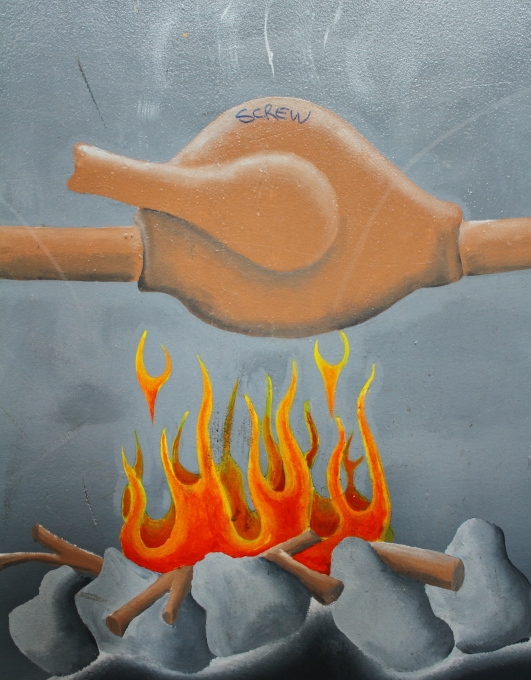 In another covered exercise yard the walls were covered in murals. I chuckled at this one 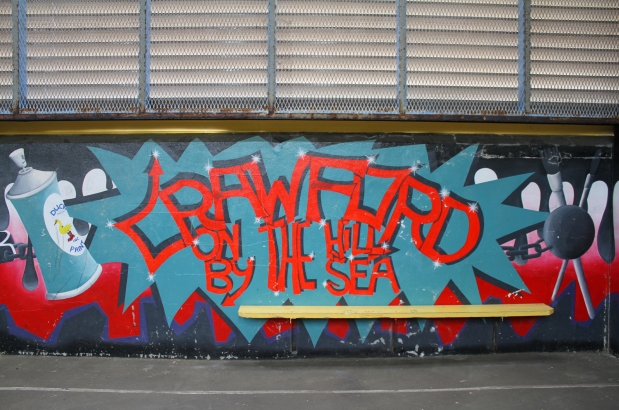 Reference to Mt Crawford, the hill on which the prison is located 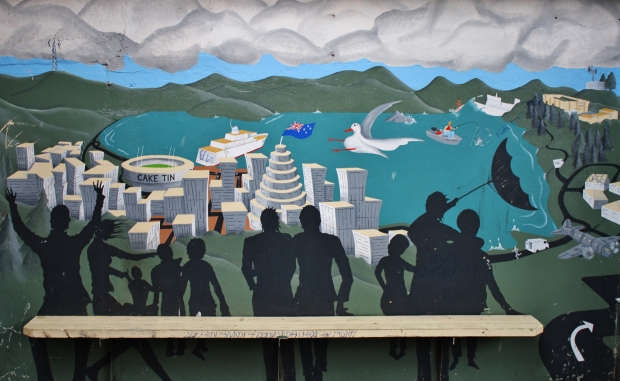 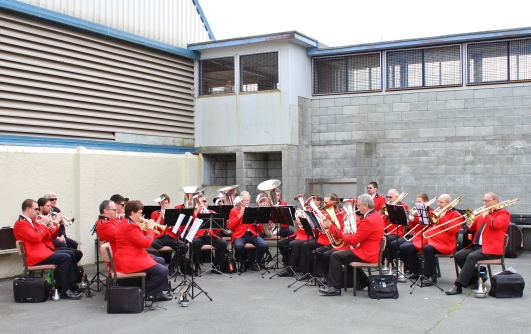 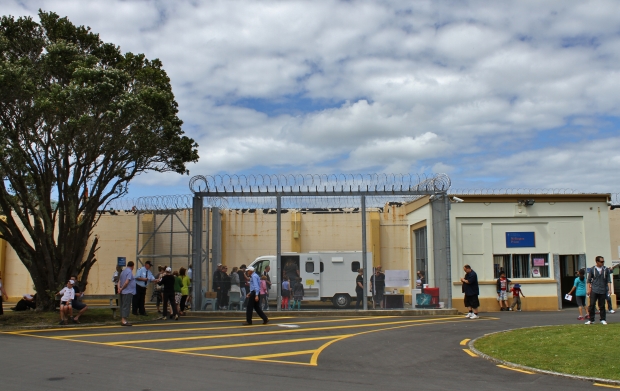 When we left there was still a steady stream of people heading in. I heard that later on some had to be turned away and the money collection boxes had been filled to capacity, proof that thousands of people were intrigued to get a rare glimpse into not only a jail but a significant part of Miramar Peninsula’s history.

And what is the land to be used for? That hasn’t yet been confirmed.