Thames dinner cruise: a day-to-night perspective from the river

I looked into river tours while researching stuff to do in London with mum and dad. An evening cruise with dinner sounded good as being after hours it would give us more flexibility to squeeze in daytime activities to our very limited time, and I liked that it went up to the Thames Barrier (in fact that was quite a selling point for me). I booked three tickets for Sunday night – the same day we went to high tea. Call it a continuation of my London birthday.

We reported to Westminster Pier at bit after 7pm and found a bunch of others also waiting for the ‘Showboat’. Once onboard we were shown to our table in what was a large restaurant type space, and the dinner service began. I think we stayed moored until the meal was fairly well advanced. 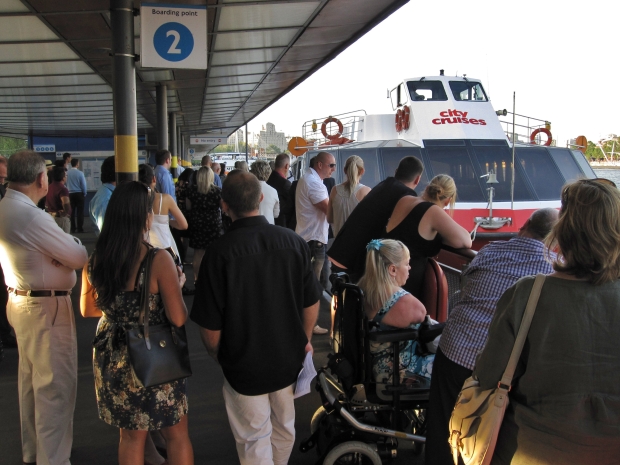 Waiting. Would we be caught in the crush of a boarding frenzy?

Appreciators of the starter which contained icky seafood things

Once we were away and puttering downriver, mum and I were more interested in taking in the sights from the upstairs deck and would dart up and down in between completing the courses. I was surprised that the majority of people stayed inside for the whole trip.

Under the Millenium Bridge

Southwark Bridge with the recently completed Shard, a new landmark on London’s skyline

At some stage the ‘show’ part of ‘showboat’ cranked into gear. A covers singer. She was good, and I’m pretty sure there was dancing, but it just wasn’t my cup of tea. There were lots of other partakers though.

I was more interested in not missing the sunset! 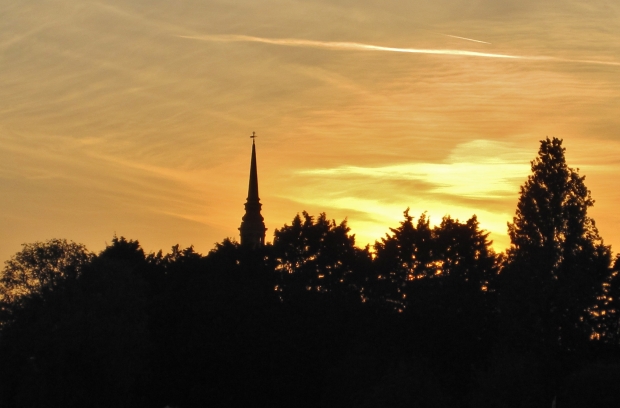 Me with my trusty point-and-shoot. It had served me well for the last couple of weeks after my other camera threw a hissy fit 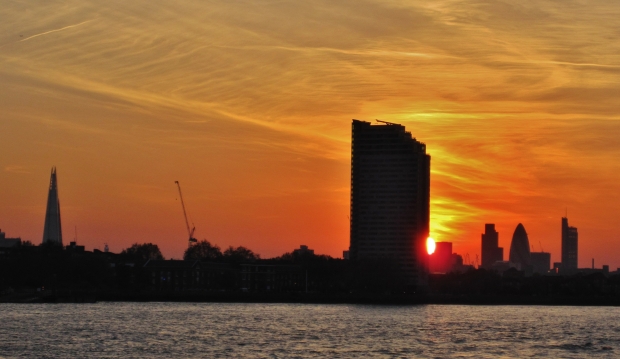 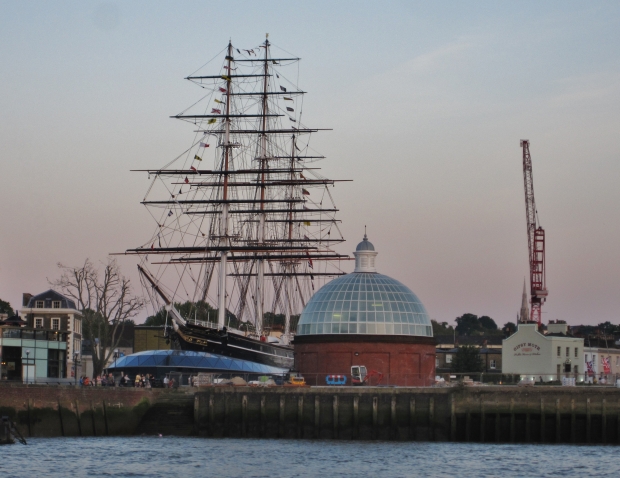 Cruising through Greenwich where, somewhere nearby, are the sources for both Greenwich Mean Time and the prime meridian. The boat is the Cutty Sark, which had recently been reopened after a fire in 2007, and the dome houses one end of the Greenwich foot tunnel which goes underneath the Thames

These stunning buildings (best seen front on) are known as the Old Royal Naval College, which closed in 1998. In its former lives it was also a palace and hospital

We sort of saw the Thames Barrier

This was disappointing. I was really quite interested to see the Thames Barrier and this tour seemed to provide a good opportunity. Luckily we were upstairs at the time our proximity to the barrier got a brief mention on the commentary as we were suddenly turning around to head back to town. My opportunity to see it was rapidly evaporating so I quickly snapped a few photos but they were rubbish. I felt the tour under-delivered (or over-sold) this feature and I gave them feedback accordingly.

About to go by The O2 again. I didn’t realise it at the time, but the pole in the top left corner is part of the Emirates Air Line, the cable car across the Thames which opened a month later in time for the Olympics 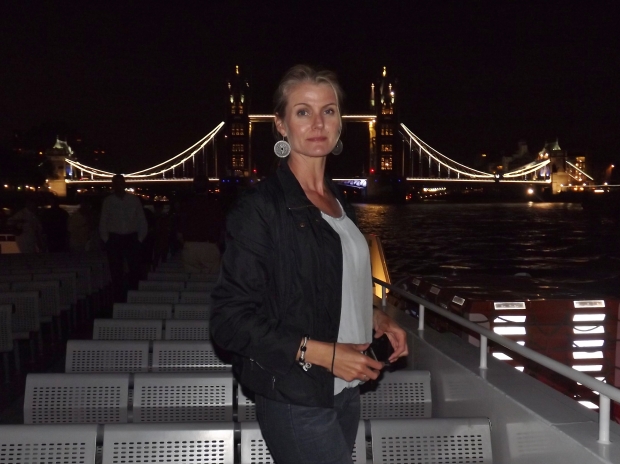 And by now we were well ready for the tour to finish. It was worthwhile, the views from the river in daylight and dark outweighing any negatives. The meal was good and there was opportunity to both enjoy the food and nip upstairs for unobstructed city views. And we lucked out on the perfect night weather wise.

Bed was a couple of tube rides away so we lingered locally for a couple of uniquely London photos on our way to the station.