A family connection with the Royal Marines Museum

My great grandfather was a Royal Marine. I only learned of this on the trip and have to say I did a double take. I am proud that my father is an ex-serviceman and I may well have joined the army myself if not for my asthma. So to learn that there is another family association with the defence forces was a great surprise.

Frederick Grace, my dad’s dad’s dad, was based at the Royal Marines Barracks at Eastney in Portsmouth.

With the way of the world and the inevitable rationalisation of military installations, this site no longer serves its original purpose. But it does house the Royal Marines Museum which we visited.

It’s an interesting drive along the coastal road to get there, a few miles away from downtown Portsmouth. About half way there you also find the D-Day Museum which we saved for another day.

If you turn off the coastal road you go around the back where the original entry to the barracks was.

But coming in from the Esplanade to the museum entry you get an impression of the impressively large grounds where much of the original site seems to remain. The accommodation buildings have been converted into private dwellings and the museum is located in the officers’ mess.

As you’d expect, there are several outdoor exhibits but the most time was spent inside the museum (where photos weren’t allowed). I found the old film clips especially interesting.

I really enjoyed this visit. We finished off with lunch in the Quartermaster’s Kitchen cafe and then had to get cracking – the Historic Dockyards beckoned.

The Eastney Barracks in 1902 (photo of a photo)

This chap stands at the museum entry 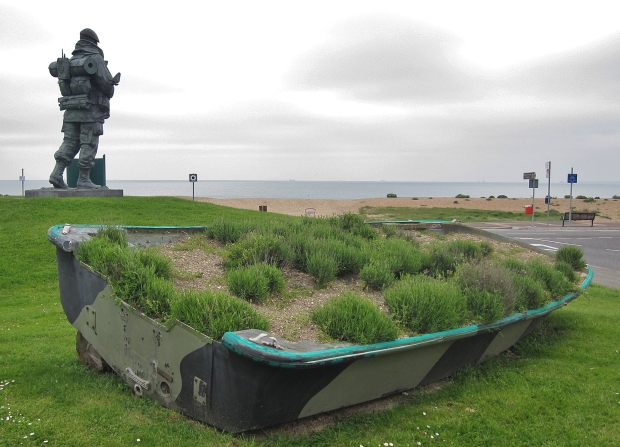 Across the road is Southsea Beach and the English Channel

The old Eastney Barracks and grounds

The museum is located in the old officers’ mess

Me, dad and cannon 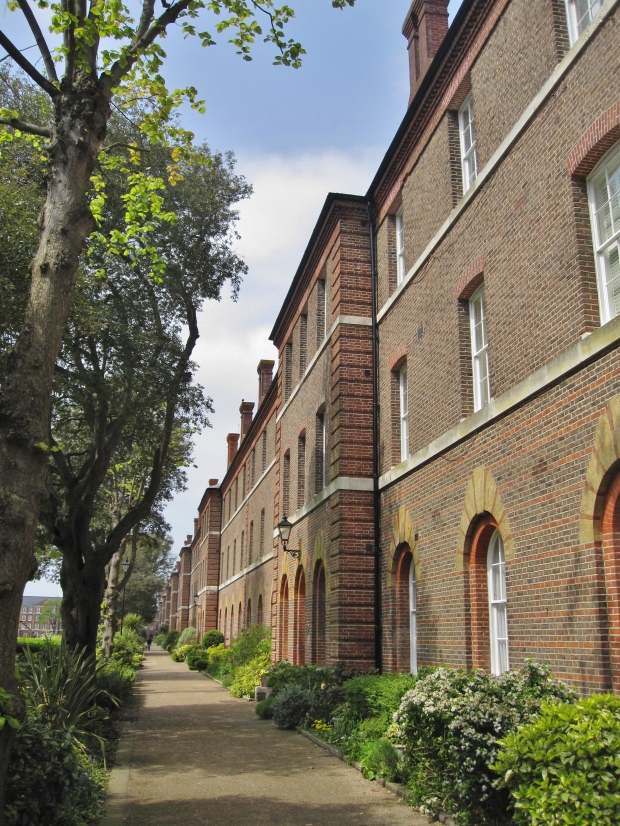 The barracks have been converted to private apartments 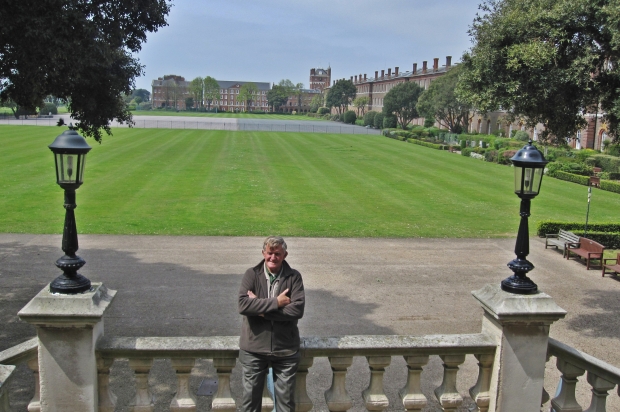 Parade ground in front of the museum and the old barracks