We went to Nomansland

With a flurry of packing and cleaning and some final photos, we left Boscastle for the final time. Pretty sure I’ll return at some point in my life.

It was an overcast sort of day but we were so lucky with the weather on this trip. There had been much rain in the UK before our visit, but for the month-ish we were there, we experienced only about a day’s worth. Then not long after dad and I left, rain returned and the place has been waterlogged pretty much ever since. It partially spoiled the Diamond Jubilee but hopefully it will clear in time for the Olympics. Poor Brits and their AWOL summer!

Anyway, the point of this day was to get part the way to Hampshire where we’d be spending another week. Stonehenge and a place near Bulford were must-sees so we decided to head in that direction and in doing so, sacrificed a route along the Jurassic Coast which had sounded interesting. Ah well. No accommodation was booked – unusual territory for me – so we’d sort that later.

Fleeting stops along the way, many because of some kind of family connection, included Ashreigney, Chulmleigh, Chawleigh, Witheridge, and a wee place where a family member owned a pub. And another interesting place. Sort of. Well not really.

A derelict treasure on our travels through Devon

Old bridge near the old building in the old woods 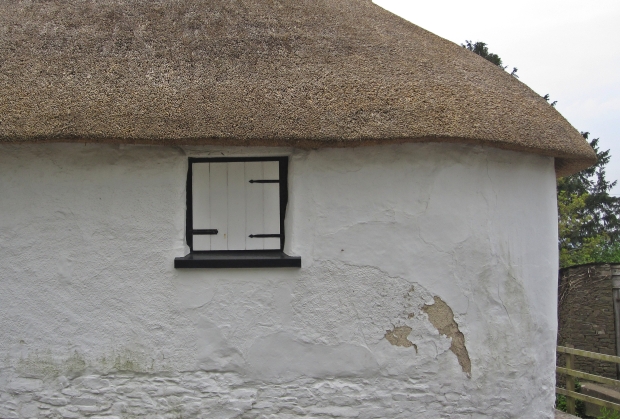 A cob house in our lunch spot of Chulmleigh

The cemetery at Chulmleigh

The village of Nomansland is on the border between Hampshire and Wiltshire and that is partly how it got its name. Short story shorter: a piece of unaccounted for land was discovered around 1800 and was named accordingly.

It’s pretty small and essentially is somewhere you’d just drive on through. But at least I can say I’ve genuinely been to no man’s land.

While mum took photos of the church across the road (a boring brick affair from memory), this was my takeaway from Nomansland!

We continued to the area we wanted to stay in. Leaving all sightseeing until the next day, the main priority was getting accommodation sorted. Bulford had nothing. But we got lucky in nearby Amesbury – good value pub accommodation, wifi, quiet rooms, mine came with a bath, good pub food, wifi, parking, ATM across the road, and wifi.

The George Hotel in Amesbury, our only ‘wing it’ accommodation of the trip and all things considered, it was excellent. Great service too