After leaving Dartmoor we continued south to the coastal city of Plymouth.

You can’t really visit a city in one afternoon but that was the plan, and we had a fairly narrow scope to give it some purpose.

The interest in Plymouth is its historical connection to New Zealand and to our family. In 1840, NZ joined the British empire and ships set sail from Plymouth, as Captain Cook’s vessels did in the 18th century, to take settlers to the relative no man’s land that was then New Zealand. The city on the west coast of the North Island which they would help establish was named New Plymouth.

Aboard the William Bryan, the first ship to depart, was my great x4 grandfather who had lived in Boscastle, along with his wife and their four children. It took them 133 days to reach New Zealand. Ugh.

Fast forward 172 years and I was in search of a car park. It wasn’t the best choice in the end and involved a bit of a walk for parents who had twinges in limbs, but at least we were roughly in the right area.

Our walk took us around past the aquarium, across the footbridge over the entry to one of the marinas (where we twiddled thumbs for several minutes as the bridge was raised to let boats in) to the Barbican area. There are numerous memorials here, including ones to the ships which departed for strange faraway lands.

Looking over to part of the Barbican area and coastal walkway 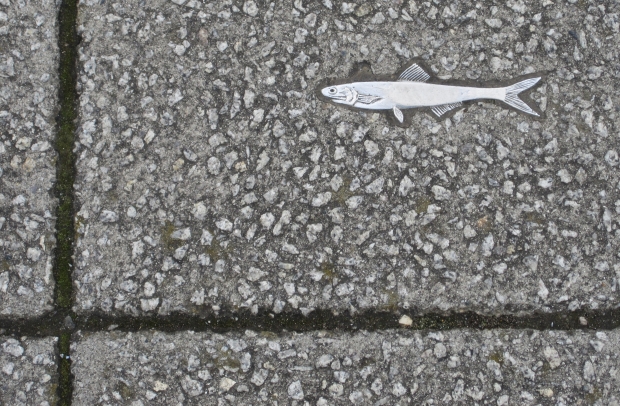 Wee sidewalk fishies near the aquarium 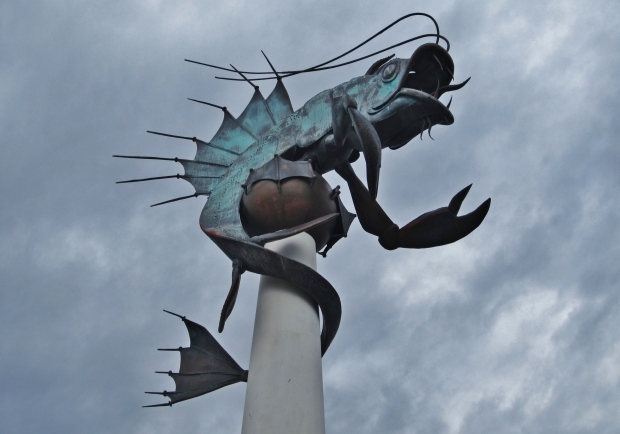 This fugly fella, a hybrid of locally found fish and shellfish, was apparently not popular when first erected (no kidding) but he was allowed to stay 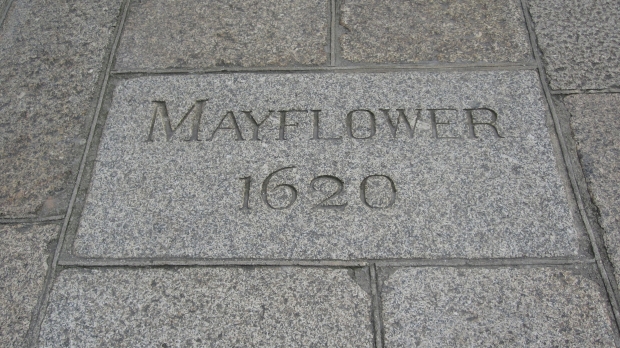 Another plaque, this one for the ships which left with settlers for New Zealand and the city appropriately named New Plymouth

Memorials to those lost at sea

We continued around the waterfront, kinda winging it from this point. Mum and dad with their aches and pains streaked ahead of me as I dawdled with my point-and-shoot. There were plenty of distracting features – the coastline, historical landmarks, navy ships in the harbour, restored foreshore facilities, abandoned foreshore facilities, and several war memorials. I had a great time. 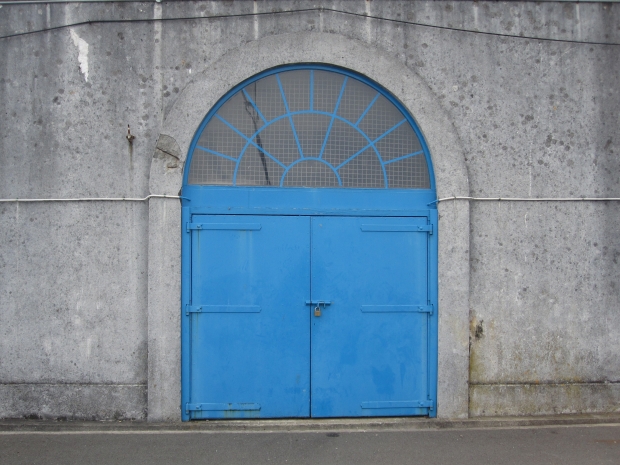 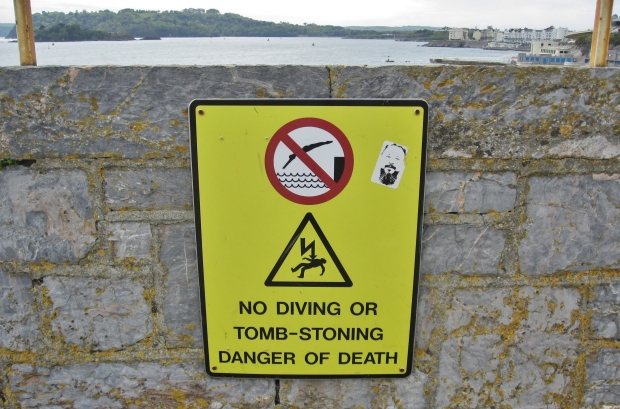 We wondered what these signs were about… ‘tombstoning’ is where silly youths jump from ridiculous places into the sea, evidently Plymouth Hoe had been a hotspot for it. Deaths and injuries lead to the removal or closure of several features that had been used as jumping platforms 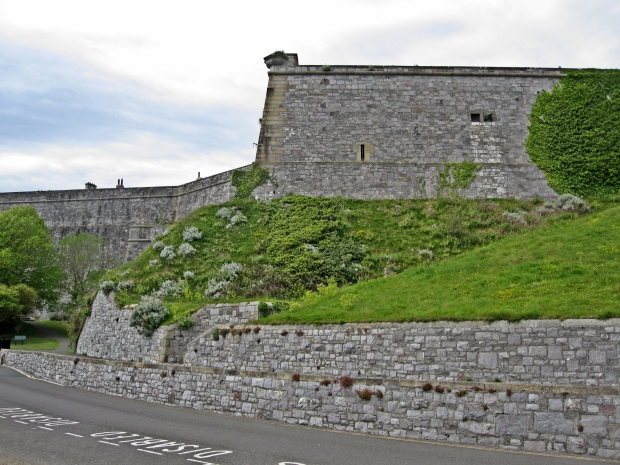 The Royal Citadel, a large walled fortification built in the 1660s. It is still occupied by the military today

Looking along to the foreshore below the Plymouth Hoe

The Tinside Lido saltwater pool was born in the art deco era but closed in 1991, only to have a makeover and reopen a few years ago. It wasn’t yet open for the season at the time of our visit. Drake’s Island is in the background 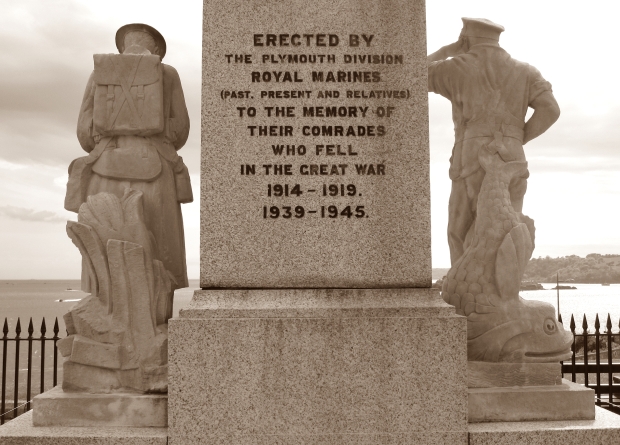 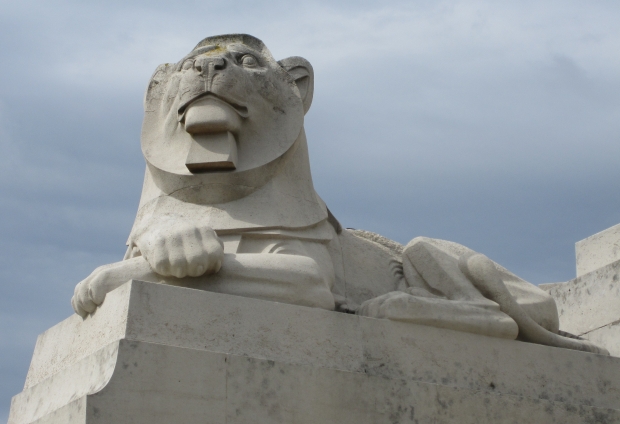 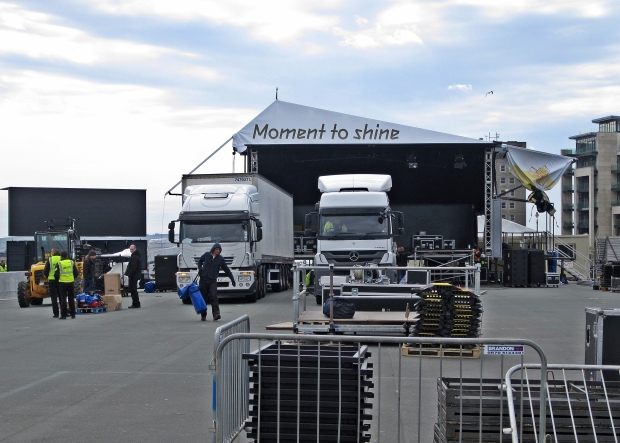 During our tripping around Cornwall and Devon we saw a few places getting ready to host the Olympic torch relay. Judging by the extent of temporary facilities being set up it was clearly a big deal

Smeaton’s Tower – a former lighthouse which was relocated to the Hoe and is now a memorial to its designer. For a small fee you can climb it (I gave this a miss)

A bonus was seeing a line-up of black boats speed back toward shore. I couldn’t find a clear answer online but I think they belong to the Royal Marines. Their landing craft units are based nearby at the Devonport Dockyard

The coastal route had such appeal I walked back along it, and that was pretty much my experience of Plymouth. By the time I eventually caught up with mum and dad it was time to get back to Boscastle for our final night in Cornwall.