We had arrived back in Boscastle after what had already been a full day’s outing to Tintagel and Bodmin Moor, but our time in Cornwall was running out. So with the remaining afternoon daylight we ticked off another local activity.

The sneaky turn-off on the outskirts of town to Minster Church found, we drove down this quiet shaded lane and dad pushed the eject button on mum and I. Happily for him, the plan required a drop off here and a pick up somewhere else, thus giving him a good ‘out’ from partaking in the activity himself.

Mum wanted to come here because it is another family church, my great x4 grandfather having lived in Boscastle.

Plus, there is a nice walk between church and village down the Valency Valley (or up, depending on your tendencies). If we’d been there a few weeks earlier we would have seen daffodils in bloom around the church which is apparently quite a sight. Never mind, it was still a beautiful place. 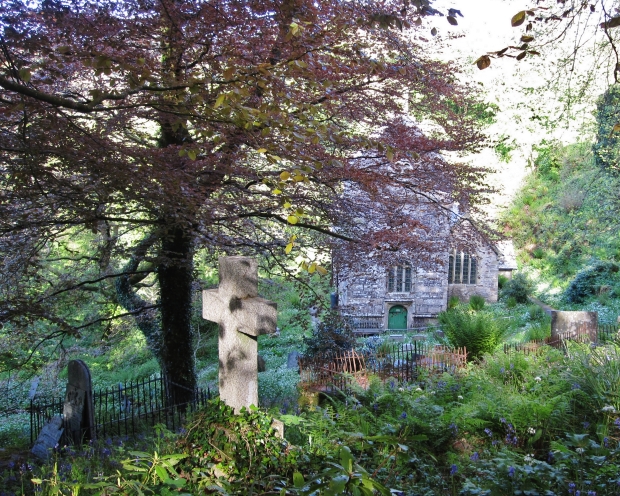 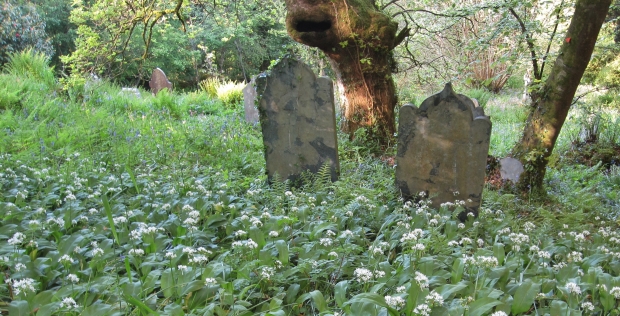 Neither Minster nor Forrabury, the two churches of Boscastle, are located particularly close to the village which is a bit unusual. They date back to Norman times which makes their origins older than the village but of the same era as the 12th century castle around which the village subsequently grew.

Minster is located on one side of the Valency Valley. In 2004, flood waters rushed down the River Valency, through the church, to Boscastle where much damage was caused. You would be hard pressed to find any residual evidence of this now. 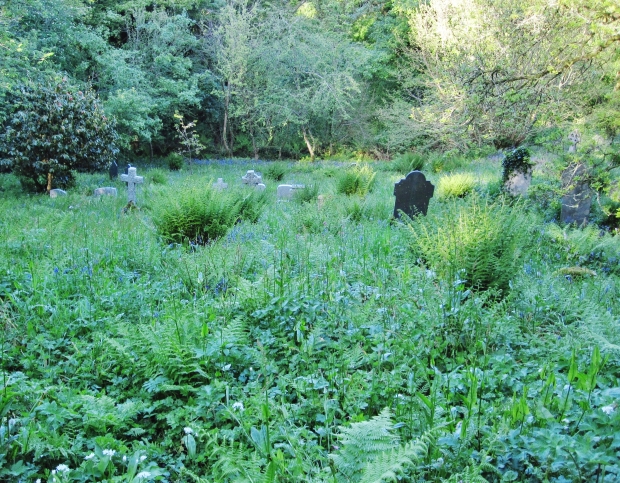 We got a runner!! 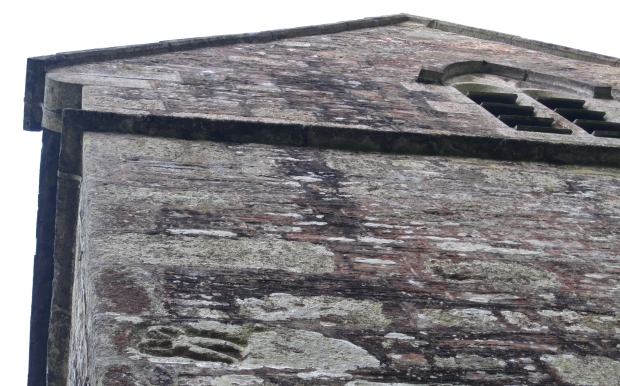 See the scissor shape? No one knows why it’s there. Strange huh.

After a bit of ferreting around inside and out we began the walk down to the village. 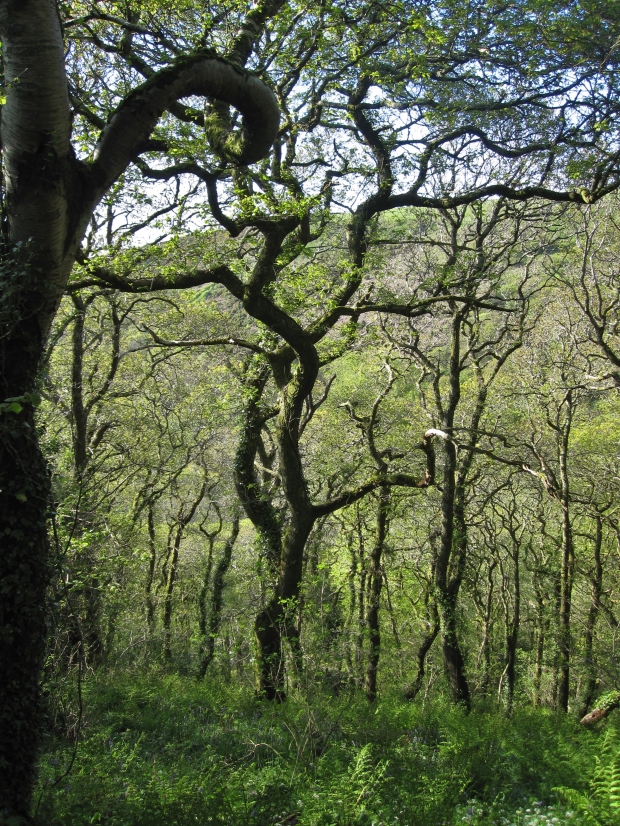 Bit of a novelty to see holly growing in the wild 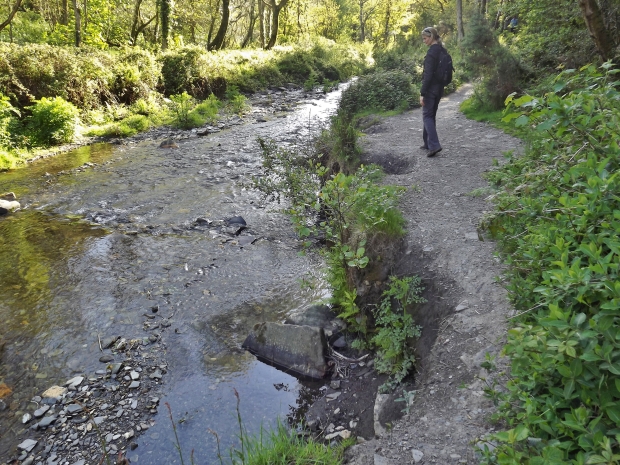 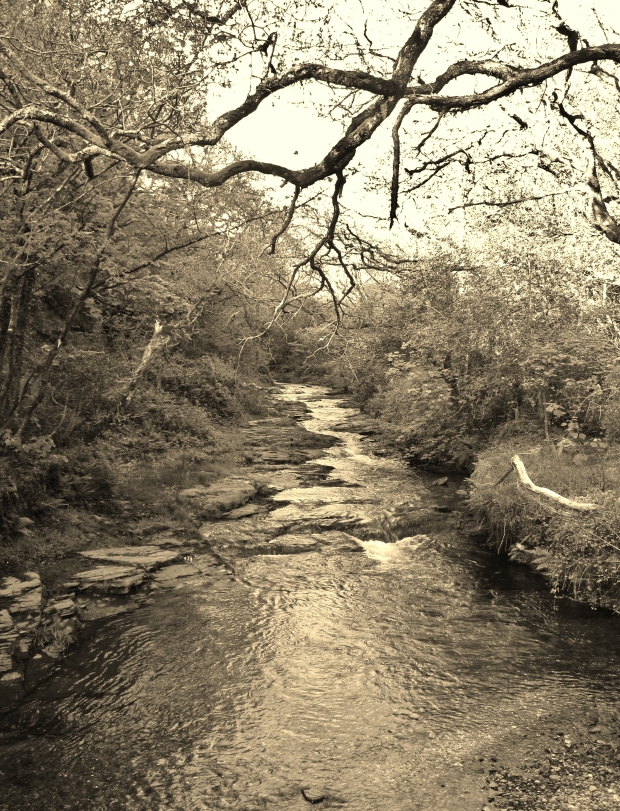 Not a water nymph

We only walked one way, but it’s a very achievable two way exercise. Peace, quiet and green woodland scenery guaranteed.

Oh and yes dad did remember to pick us up.