Posts have been a little sporadic lately. I returned from the UK and had a couple of things going on for my birthday in and around being reunited with my job. Now that things are settling back down I will get back to writing up the rest of the trip.

The day we visited Lizard Point began with a whistlestop tour through some Cornish towns.

The phrase ‘picturesque fishing village’ is a bit of a cliche in this part of the world but it is accurate enough. One of mum’s reasons for suggesting we stop here was its use as a location for a few TV series and things.

After finding one of the village carparks – now that were getting used to the fact that you’re hardly ever able to just pull off to the side of the road here – we rugged up for a walk. It was cold and it was windy.

Mum found her TV doctor’s house. Turns out she doesn’t actually care that much for the doctor but does like the rest of the show

I will also remember Port Issac as being where my DSLR started spitting its proverbial dummy. Swearing at it had no effect and frustrating as all this was, I was grateful that I always travel with a compact camera as well.

Obeying the crisp instructions from the satnav (by now I had changed it to a soothing English accent – it seemed appropriate) we arrived swiftly in Padstow. Another suggestion from mum, this was included because of the extensive sandbanks at low tide and because it is home to a few Rick Stein eateries.

As always with these coastal Cornish villages, there were plenty of sights in and around the water that one could study with a camera. 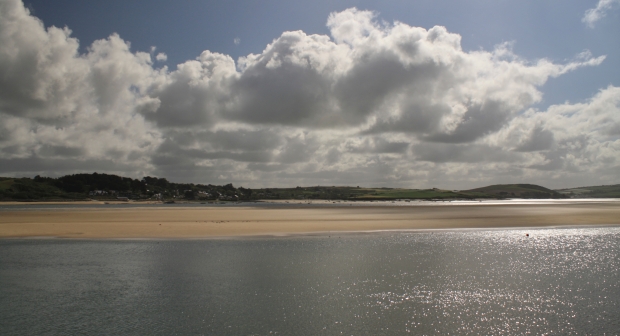 We saw some of the effects of the sand but it wasn’t anything spectacular – we probably weren’t in the right place and the tide may not have been fully out – and we didn’t have time to wait for it!

We found out where to find Rick Stein’s Cafe. I don’t care much about cooking and ‘celebrity chefs’ but tagged along nonetheless, lest I ended up with another case of AWOL parent.

Just somewhere on the way

Had to make a quick photo stop when we drove through the town that is very nearly my name. Really wanted some paint so that I could add a Y at the end – it just looks… unfinished…

I’m not a fan of stage shows but I can’t think of Penzance without mentally attaching the words ‘Pirates of’ in front. There was no particular agenda with our stop here, lunch and a bit of a wander.

I had something specific in mind for lunch, something I hadn’t yet tried.

When in Cornwall, eat a pasty

I’m sure they weren’t supreme examples, but they did the job.

Our walk was confined to the immediate area around where we parked and had lunch so there was plenty of Penzance that we missed.

Next time you go to throw out old footwear, think again!

Not far from Penzance is the village of Mousehole. Lonely Planet convinced me that we should go here on account of its description of Mousehole (apparently said like mowzle) as one of Cornwall’s most appealing villages.

Once there I felt like the archetypal tourist, but hey. Sometimes you just are.

On the edge of the village we saw a bus, presumably not familiar with the area, react to a sign advising that buses would not be able to turn beyond that point. The driver began a very awkward attempt to turn around and he was still trying to extract himself and his (amused? embarrassed?) passengers 10 minutes later after we’d parked and walked past. First and last time he went to Mousehole I bet.

Dad was content to rest his dicky knee and stay with the car. Mum and I set off in separate directions with a half hour time budget. I strode very purposefully through the teensy weensy streets to the far side of the small harbour and back. And LP was right, it is a very cute place. 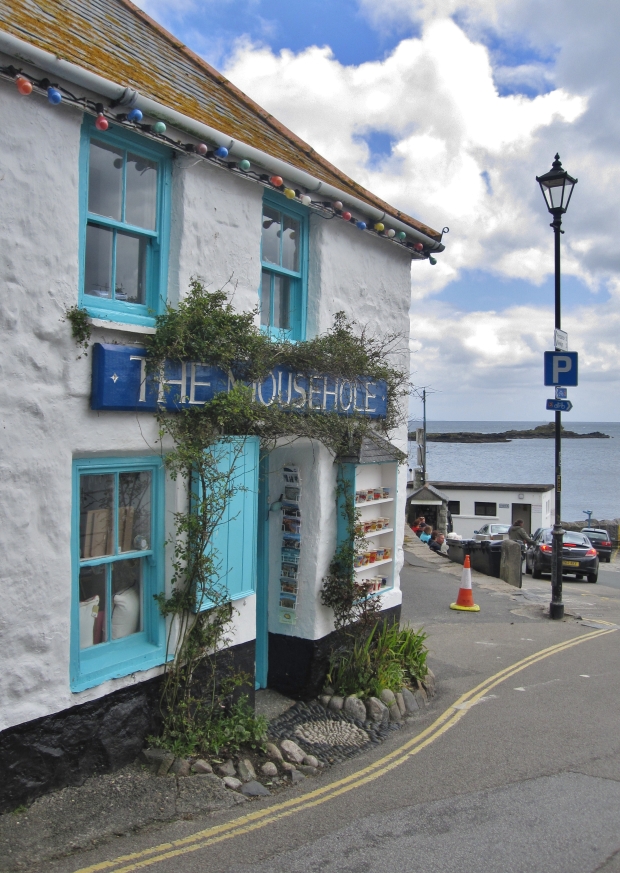 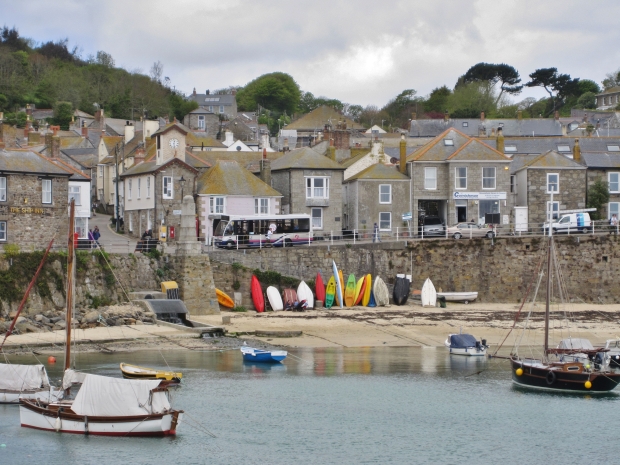 Could have been somewhere else on the way

I was tempted to make another detour to get closer to the impressive looking St Michael’s Mount, which was an obvious landmark across the water, but time was marching on and I was keen that we get to Lizard Point.