A great day in Bath

With only one day in Bath we couldn’t really muck around. We walked into town earlyish to find some breakfast.

Near where our hotel was. There’s something about the sameness and uniformity of Georgian buildings that I really like

Pulteney Bridge, though you could walk over it and not realise. Completed in the 1770s to replace the ferry service, it’s one of four bridges in the world which has shops all the way along both sides.

Pulteney Bridge, River Avon and the top of the weir

And looking down the weir

The Roman Baths were the first priority of the day. The Romans first began to develop a spa in 60AD, give or take, on account of the hot springs. The finished complex, consisting of indoor and outdoor pools, saunas, temple and whatnot, would have been amazing. But after a while they must’ve got bored as the Romans left Britain in the 400s.

The Great Bath. The site is a mix of what the Romans built and what was developed in subsequent ages, e.g. the Romans didn’t build the columns and top level as seen here

In the late 1800s the original Roman Bath complex was discovered underneath the structure built upon it, and in subsequent years archaeologists found how extensive the baths were. They’ve made lots of it open to the public, with various interpretive displays as they do, but our overall impression was amazement really. There was much more to see than we realised.

That modern street level is much higher than in Roman times I find interesting in itself. Easily pleased I guess. 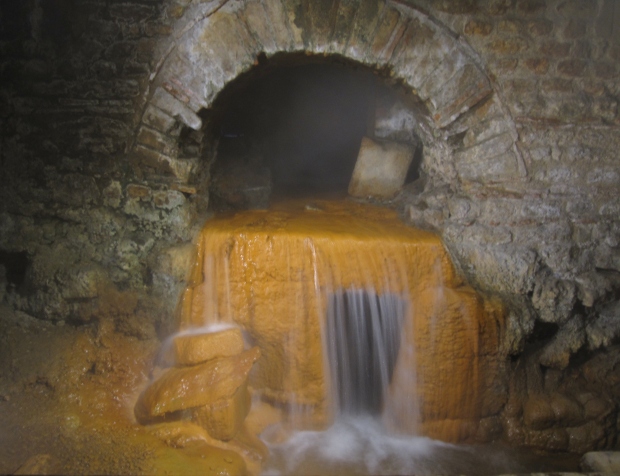 The hot spring that the original spa was inspired by. The water at the Roman Baths are not considered safe for bathing these days because of the original lead pipes and risk of infectious disease (a girl died in the 1970s)

One of the artefacts I quite fancied

After some gift shop dilly dallying we went next door to the Bath Abbey.

The Roman Baths (right) and the Abbey

A very impressive building which I would probably have labelled a cathedral, but it was home to a monastery rather than a bishop, hence it’s known as an abbey. Over the centuries it has seen its share of damage, most recently in 1942 during WW2 bombing. But it’s in pretty good nick now. While I do not call myself a religious person, I like looking around places of worship – and there would be ‘one or two’ churches to come on the trip (dad would say more like one or two hundred).

In the Bath Abbey. The amazingly detailed stained glass window at the end, which has come up pathetically on this photo, contains 56 scenes of Jesus’ life 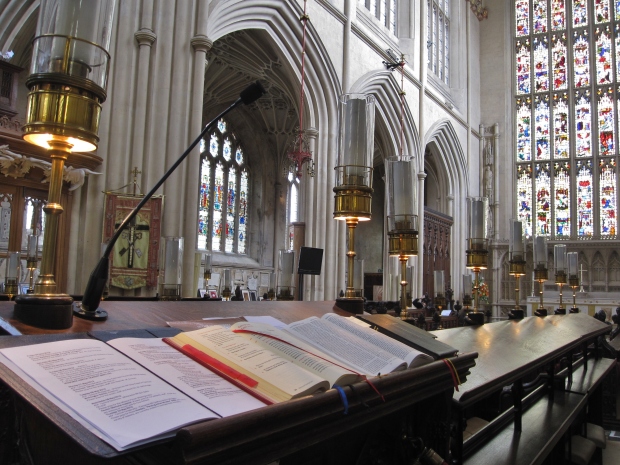 Inside the Abbey are tonnes of memorial stones along the walls and floor. This is just one example of the interesting old way with words

The hop on / hop off bus was next up, to give us an overview of the main city features. There’s also another route that takes you out a bit further and higher but we wouldn’t have time for this. We did a full circuit, sitting on top at the front like all good keen people do.

Who’s the cheesy tourist then?

Continuing for a second loop, I got off at The Circus and continued on foot, leaving mum and dad to it for a few hours. The Circus is actually a big circle of lovely Georgian houses. Similarly impressive is the Royal Crescent, not far away. I imagine this would be a very exclusive street, and the cars parked along it certainly helped reinforce that impression.

Part of The Circus

The Royal Avenue runs in front of these, on the other side of a large field, and at one end of this road are some town memorials.

Town centre wasn’t far away and I doddled around for a few more photos before a mid afternoon appointment.

Legend has made pigs a popular symbol in Bath and there are over 100 arty pigs displayed in the city. I didn’t know this til later (I’m fond of pigs!) and only came across two

A thirsty pidgeon and an obliging statue

Parade Gardens is a pleasant spot alongside the river, though you have to pay a couple of pounds to get in!

King Bladud, from whom the pig association with Bath began. I didn’t realise it at the time, but the pig next to him was placed there in 2008 as part of the arty pigs campaign

From the eastern side of the river. Due to an apparent translation misunderstanding by the Romans, River Avon actually means River River.

The appointment was work related: one of the external companies I have been talking to for a year or so for my project back at work (I vaguely recall that I have a job somewhere?) is based in Bath. So it made sense to have a face to face chat for a change. A couple of wines in the sun made for a great interlude in the day. After six weeks of rain that was apparently the second day of sun, which I was happy to claim full credit for.

I returned to the hotel to find mum and dad and later we made the short walk back into town for dinner. 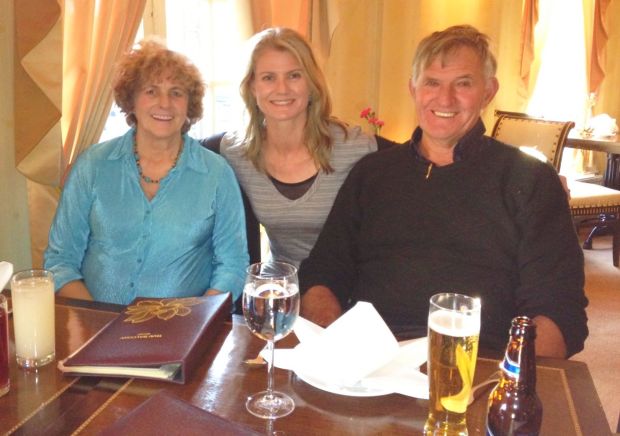 We only barely scratched the surface in Bath but it had been a great short visit. It was originally a one night stopover as we had booked a house for a week down south, but decided to arrive there a day late in order to have more time in Bath. Not a bad decision that one.