With tummies filled to capacity we continued the tour, this segment focusing on the ridges. A quick photo stop at this monument was first up. It depicts a supposed event, though there are numerous examples of compassionate interludes to the fighting on record. It is nice to hear about these human elements in an otherwise dismal place. 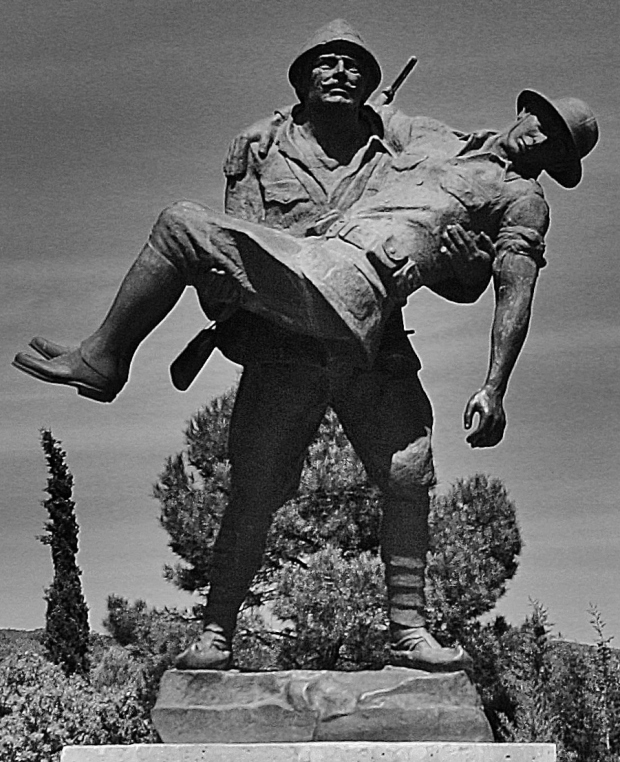 This monument depicts a Turkish soldier carrying a wounded British soldier back to the Allied trench. It was inspired by a speech in 1967 by the Australian Governor of the time who had served at Gallipoli 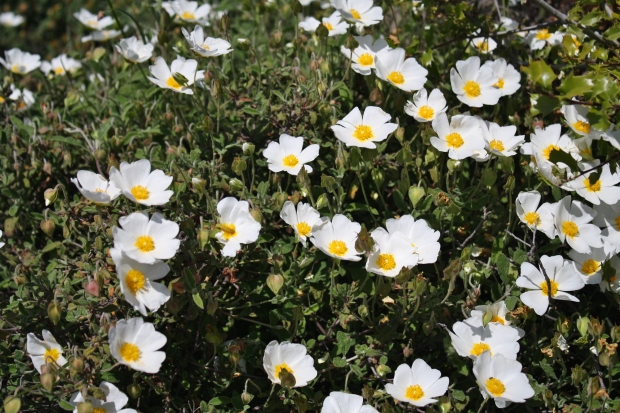 This flower is called the Gallipoli Rose

The Lone Pine Cemetery and Memorial is especially significant for Australians and is where the Australian Anzac Day service is held. We were there on May 7th, 12 days after Anzac Day, and temporary seating was still being dismantled. New Zealand has four Memorials to the Missing at Gallipoli, believing soldiers should be remembered close to where they fell. The Lone Pine memorial lists 708 Kiwis; sadly the number of names at Chunuk Bair tops this.

We continued making our way along the ridge.

Remains of Anzac trenches just along from Lone Pine. The distance to the Turkish trenches was often surprisingly short 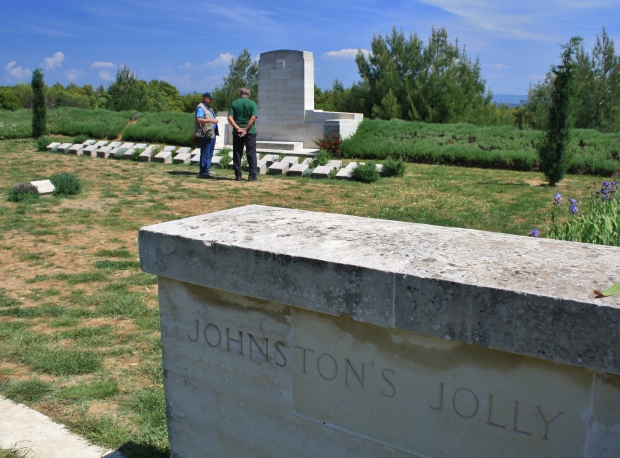 Johnston’s Jolly Cemetery, named for an Australian commander, is an area taken on April 25th but lost the following day. One Kiwi is definitely buried here but there may be others

Mr Çelik drove us down a side road he said is very rarely visited by his compatriots. The grave of a Turkish lieutenant-colonel is there (there are a small handful of isolated Turkish graves on the peninsula) and down in the gully is a mass grave. The majority of Turkish soldiers were not identified and just buried together in mass graves. 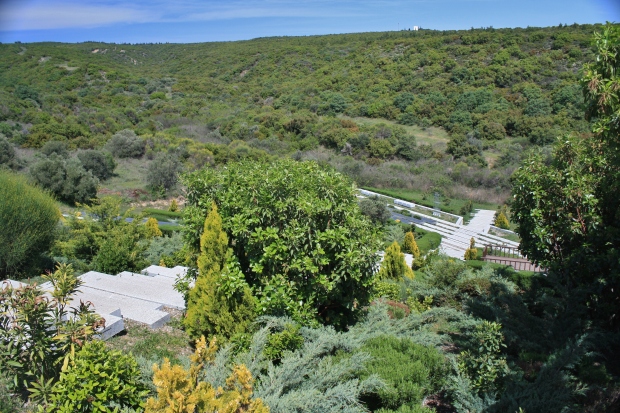 Back up on the main road we stopped at the Turkish 57th Regiment Cemetery. This is a fairly grand site, on sloping land, topped by a large memorial at the top and smaller ones at the bottom. Given my previous comment about the mass graves, it is maybe not surprising that this is a ‘representational’ cemetery and features the names of soldiers from that regiment who died. The site was busy with visiting Turkish people. 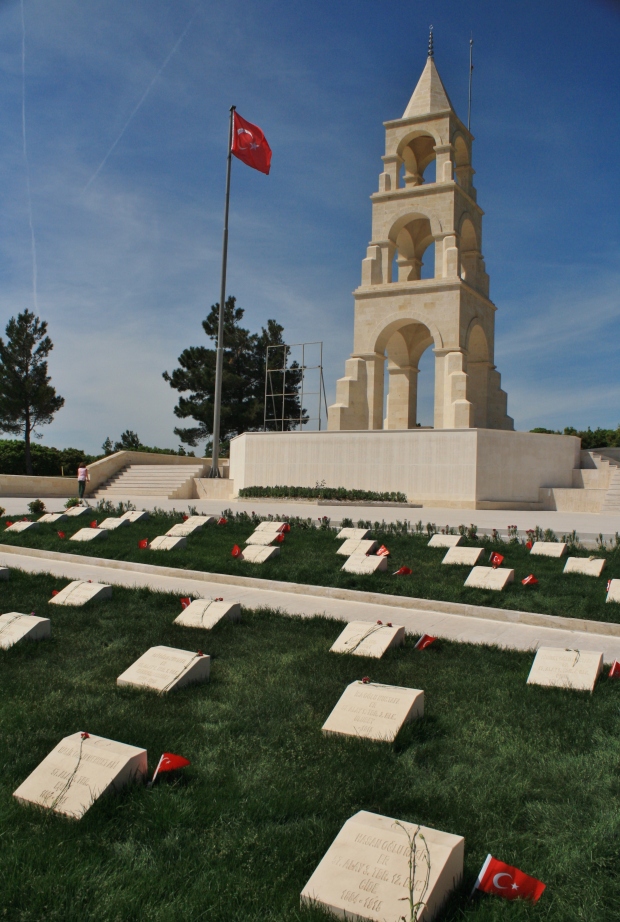 It was a very good thing we were not attempting the tour the day before (Sunday) as Mr Celik said that the roads were clogged with buses. The Chunuk Bair area is very popular due to the numerous Turkish memorials on it, particularly on 18 March which is the main day for Turkish people to commemorate the campaign.

A little further up the road we detoured a short way off to the left. At the end here was a lookout down over a gully to North Beach and south, Walker’s Ridge Cemetery, more trenches, and The Nek Cemetery. 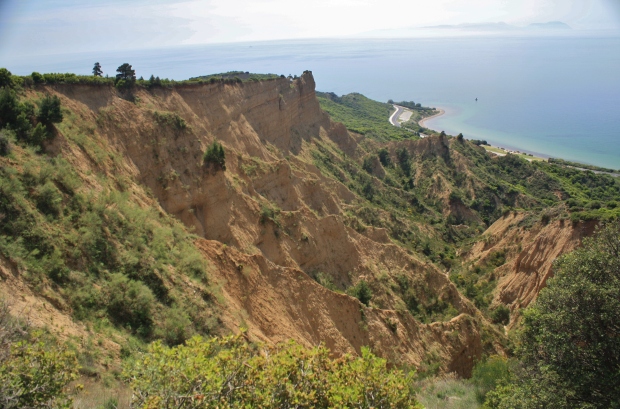 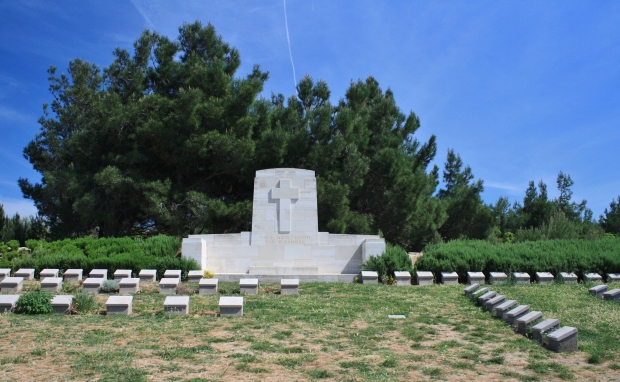 Walker’s Ridge Cemetery, named after Brigadier-General Harold Walker who was in command of New Zealand infantry forces at the landing. His HQ was roughly in this area

Allied trenches in between Walker’s Ridge and The Nek Cemeteries. They were the most authentic we saw with the remains of wood reinforcement and barbed wire still plainly visible 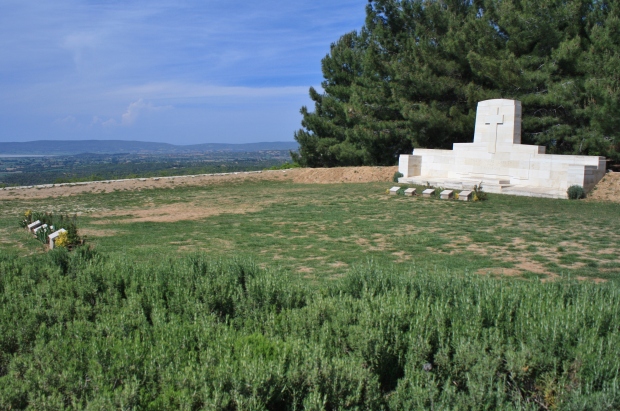 The Nek was a particularly bloody battlefield. Over 300 soldiers are buried here and the very small number of headstones attest to the number of identifications that could be made

View of Suvla Bay from The Nek Cemetery

We parked near Chunuk Bair and walked. 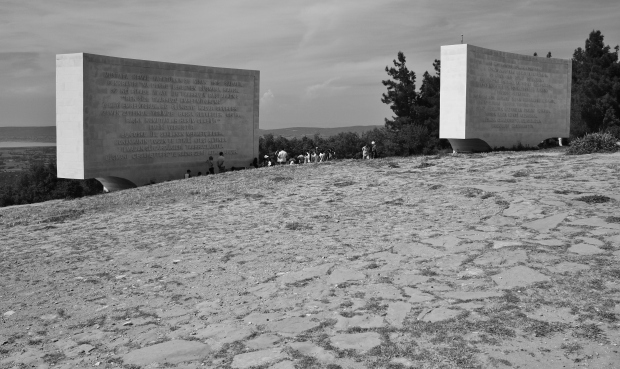 A little further on we came to the New Zealand cemetery and memorial. As Lone Pine is to Australia, Chunuk Bair is to New Zealand. The New Zealand Anzac Day service is held here, around the big battlefield memorial. In the cemetery rests 632 men, only a few of which were identified. 850 names are on the Memorial to the Missing.

I had really been looking forward to Chunuk Bair and it may have been more significant to me than Anzac Cove. It seemed fitting that our Anzac sector tour would finish here.

I knew that there was a Turkish memorial close to the New Zealand memorial but I didn’t appreciate that this would mean the place would be crawling with huge numbers of Turkish people. Which in itself is fine – it is great they wish to visit these places of significance – but for me, compared with most of the other sites, the crowds and noise detracted from the visit.

Plus they were also still dismantling the Anzac Day seating here too, which added to the distraction.

The cemetery, located a short distance away down the hill, was more peaceful. The Memorial to the Missing features the name of one of my relations, a second cousin twice removed, which we found.

There’s a lot going on at the Chunuk Bair site 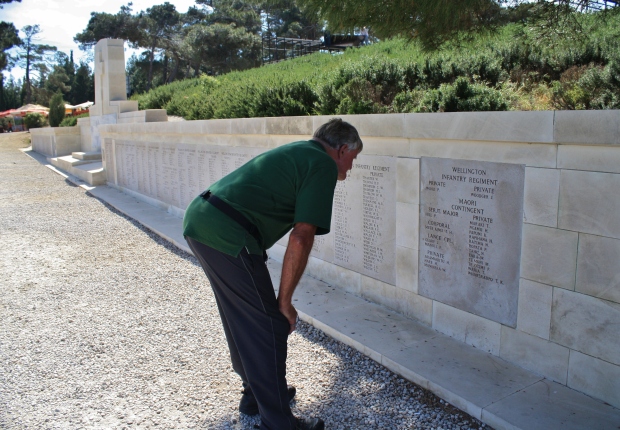 Dad reading the Memorial to the Missing at Chunuk Bair 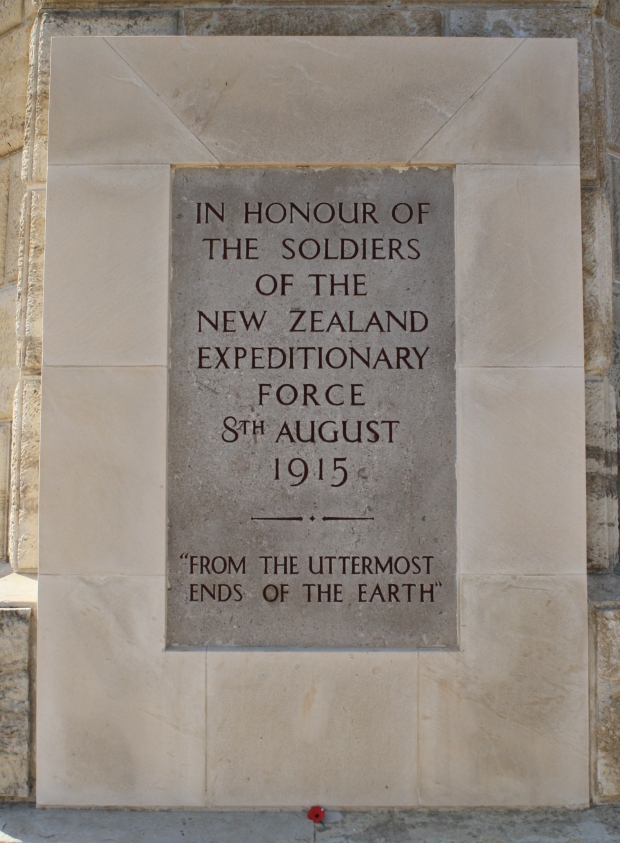 Inscription on the Chunuk Bair Memorial, with my poppy

As we left I couldn’t help but feel a bit disappointed. Back in the car we looped round the next ridge and back down.

At one point we got a good view down to Kocadere, where we were staying

There was 20km or so to drive to the end of the peninsula where the Helles memorial is. While it was interesting to get the geographical perspective, the main purpose of the visit was to photograph a name for one of dad’s cousins. The cousin was lucky as we found that the memorial is part way through a three year renovation and the name in question was just about out of sight behind the fence.

One side of the big Cape Helles Memorial cenotaph (the side that was in the sun mentioned the Anzacs). The memorial also consists of a sizeable walled enclosure on which is inscribed far, far too many names. The site acknowledges the involvement of the whole British Empire at Gallipoli

Not far away is V Beach so we had a look over that. 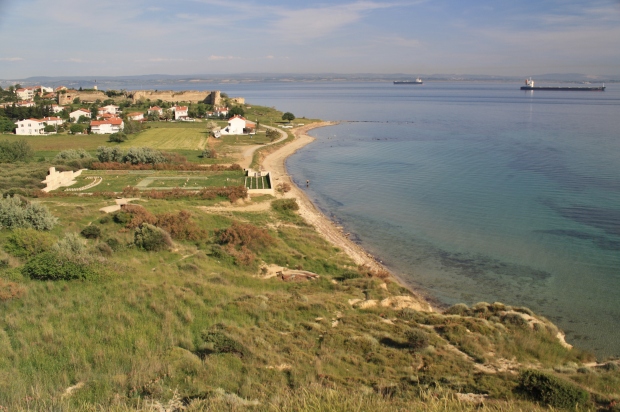 Looking over V Beach, one of the main landing places for the British in the Cape Helles campaign. The cemetery is just back off the beach. A WWII gun emplacement is visible in the foreground

And then we were about done so drove back to Kocadere. It had been a fantastic day and so worth the trip to Turkey. We could not have wished for a better guide and I would highly recommend Mr Çelik. I purchased a guidebook (from the Book Depository website) which we found very useful, Gallipoli: A guide to New Zealand battlefields and memorials, by Ian McGibbon.

“Gallipoli, too beautiful a place to die.”