Edinburgh Castle is Scotland’s number one tourist attraction and well who was I to buck that trend. In typical Hayley fashion I booked a ticket in advance since I had worked out when I could fit it into my limited time in the city.

I made my way up to the castle via the Princes St gardens and arrived at the entrance about quarter of an hour before opening. 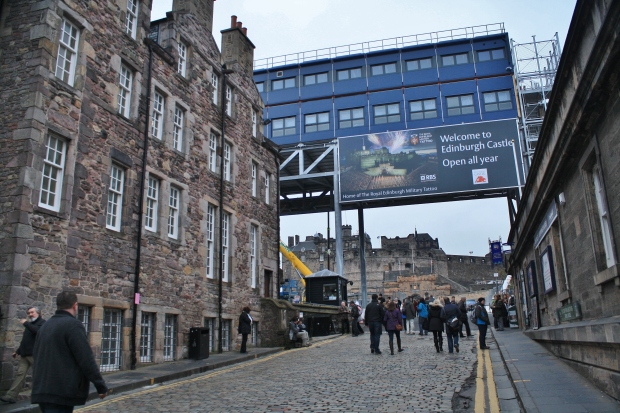 This way to the castle! Top of the Royal Mile 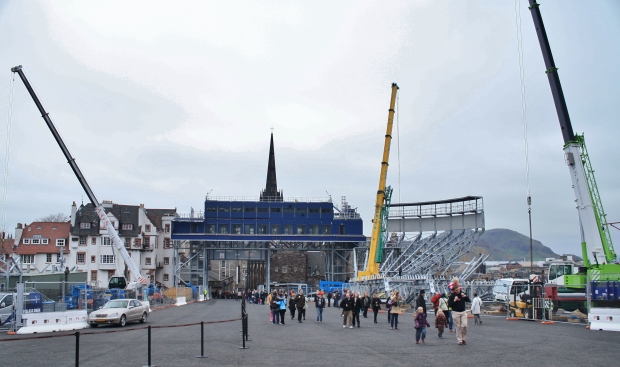 Works in progress on the esplanade for the Edinburgh Military Tattoo in August (seems like they’ve got a decent lead time!). Would love to go to the Tattoo one day.

The advance ticket and time of day was the way to go as there were only a few other punters and a group of school children around. I was in fact the first person through the gate and up to the top – a notable achievement according to the kilted Scotsman who helped organise the gate queues. 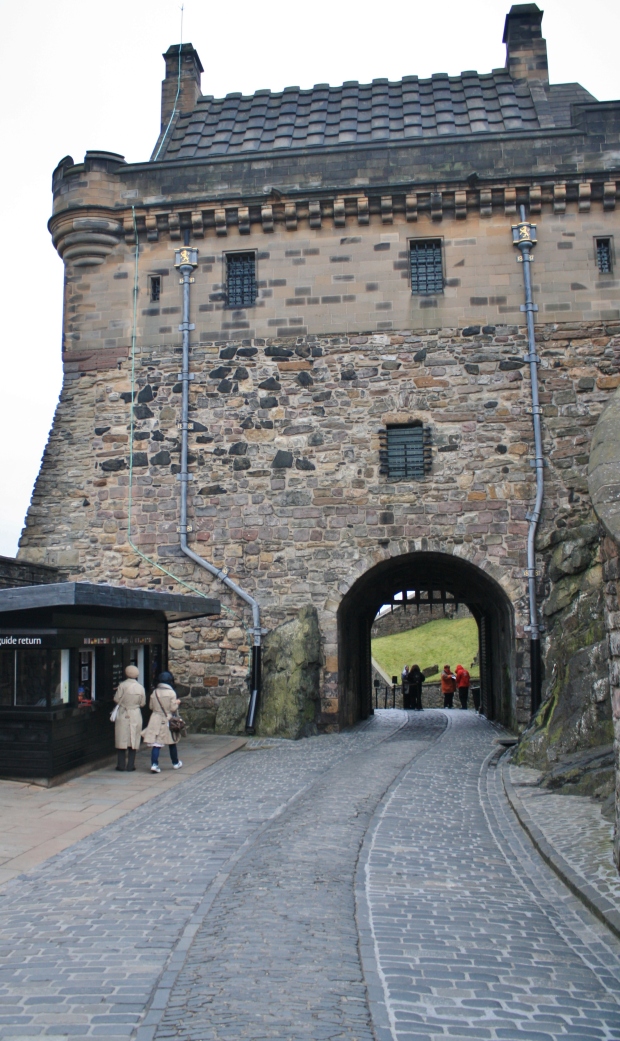 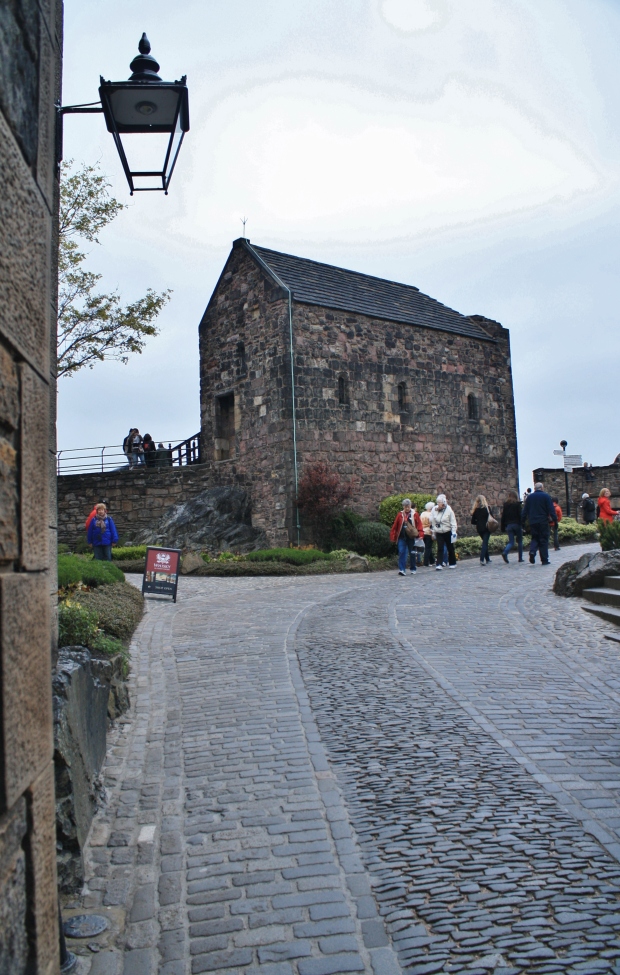 I wandered around, mainly focusing on the outside features. It was another balmy single-digit Edinburgh day so there wasn’t much stopping in one place for long. 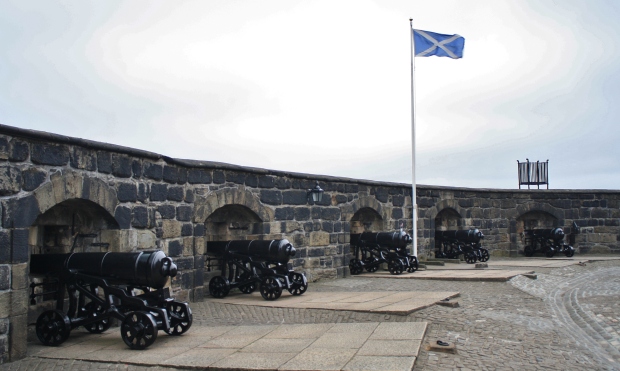 The Half Moon Battery 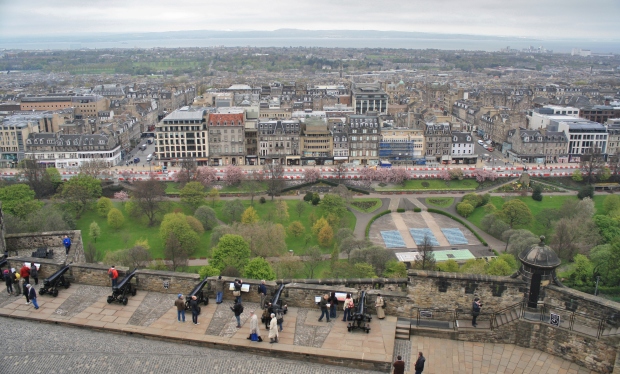 View over the Argyle Battery 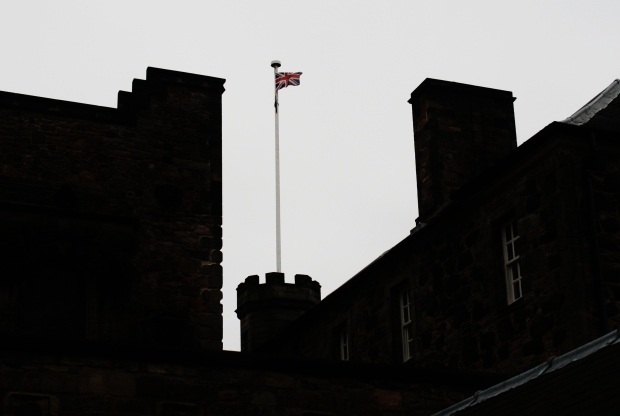 A panorama experiment with the Autostitch app on my phone 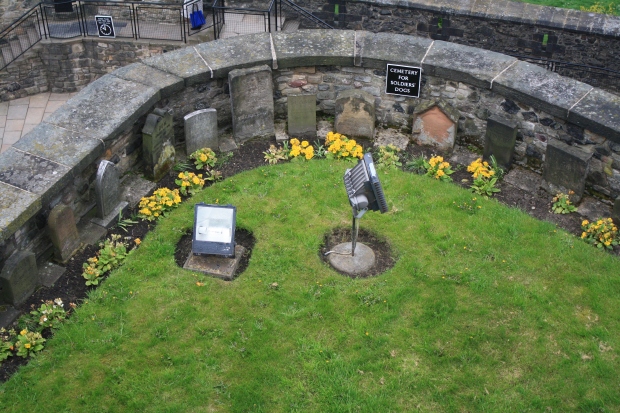 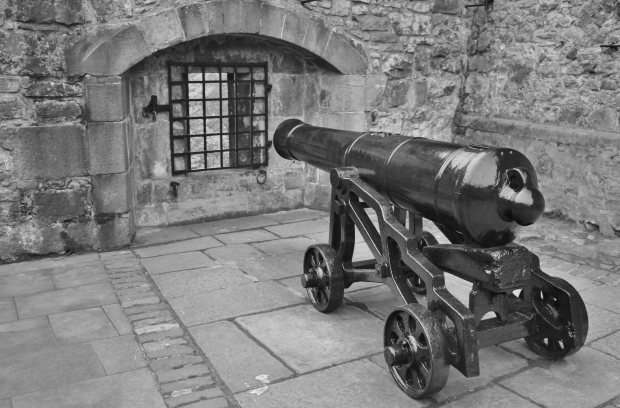 The stand out feature for me was the Scottish National War Memorial, quite possibly the best national war memorial that I’ve seen. Photos aren’t permitted in there out of respect. 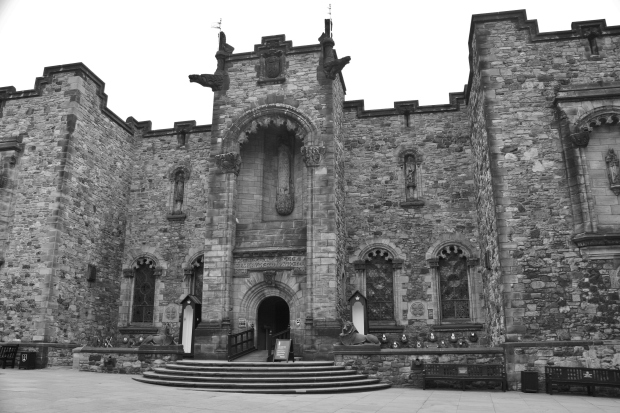 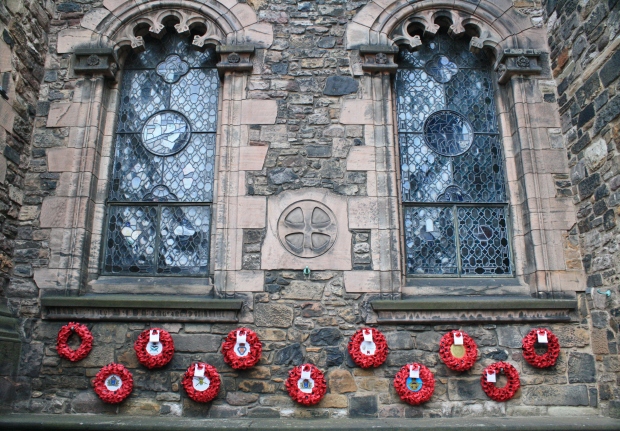 Wreaths outside from the Anzac Day service held there. A smaller number of wreaths were Inside and included one from the Government and people of NZ. 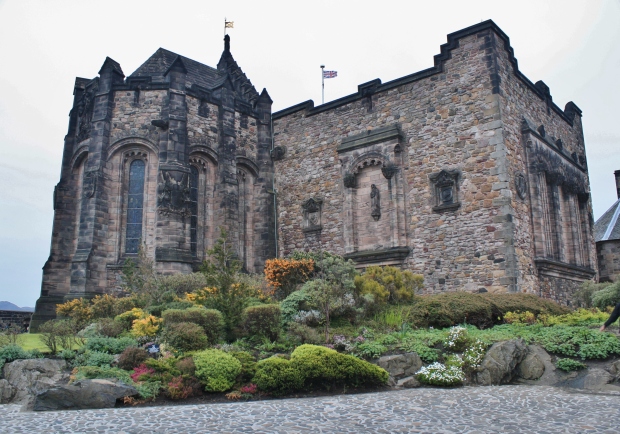 Rear of the war memorial

I wasn’t in the mood to linger around the buildings with inside exhibits so swept through those, hence an absence of that kind of photo. You could certainly pad out your visit to the castle by following the audio guide and visiting the regimental museums on site, but I think I was done in about 90 minutes and that’s only because I was fluffing around taking photos. 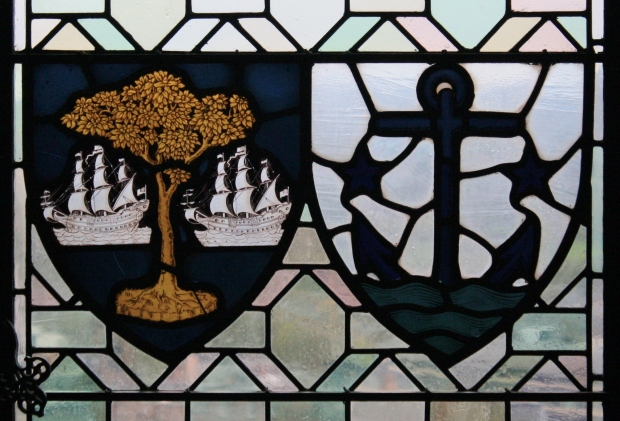 From one of the windows inside the Great Hall 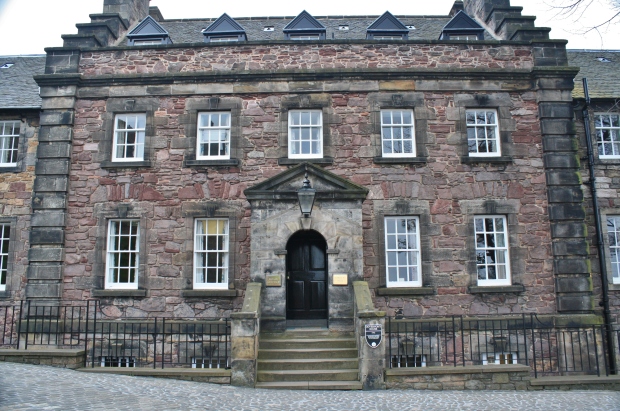 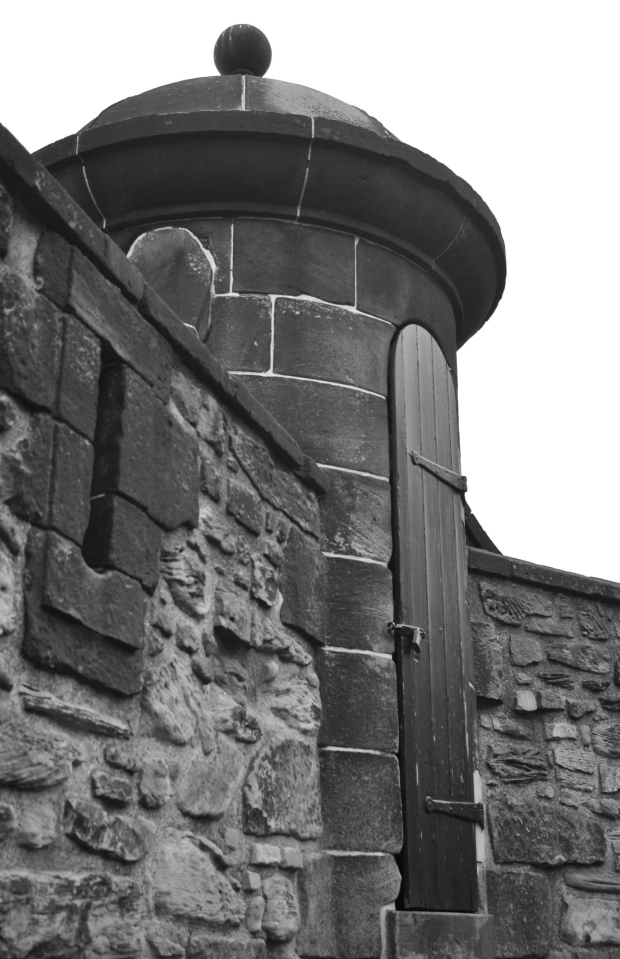 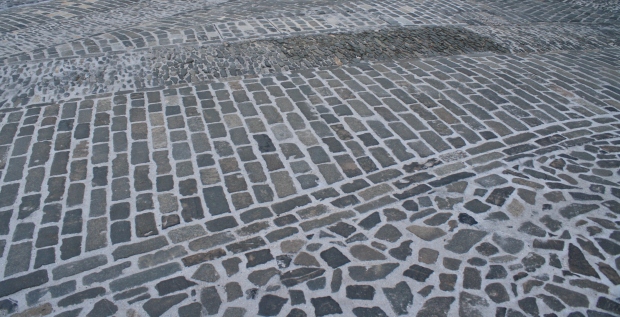 You can’t help but notice all the different cobblestone patterns. Well I couldn’t at least 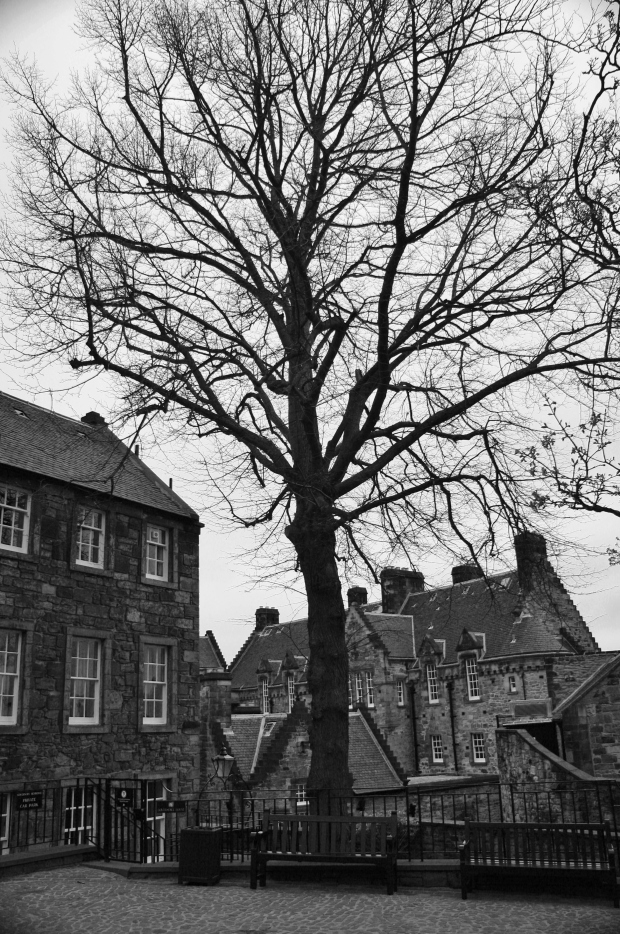 Glad to have seen it, don’t need to go back – other than for the Tattoo one day, I hope!