Vietnam: 17~Up river for a cooking lesson

Dan and Mark had organised a cooking lesson for us in Vietnamese food, which followed on quite nicely from our tour of the produce markets. Though I have to say elements of that had not exactly stimulated my appetite!

I hadn’t really been looking forward to this part of the day as I’m pretty indifferent toward cooking. But it was much more enjoyable than I expected.

We were booked in at the Red Bridge Restaurant & Cooking School. Part of the appeal in this place was that we would be getting there via the Hoi An River. From the markets it was a short walk to the dock to meet our boat. 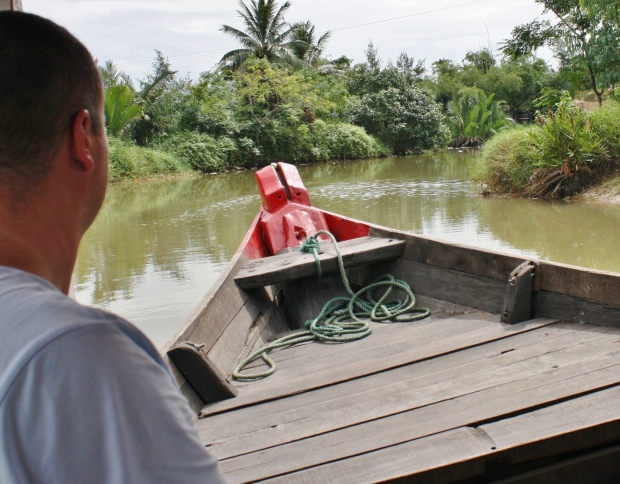 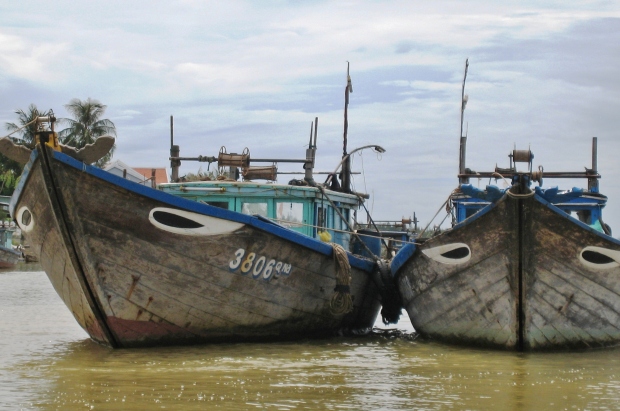 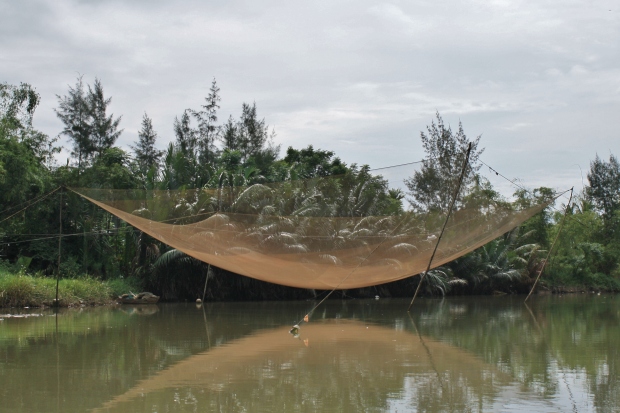 The river was dotted with these suspended fishing nets

About half an hour later we pulled up at the jetty. We clambered off to find on first impression a very lush and well set up property. 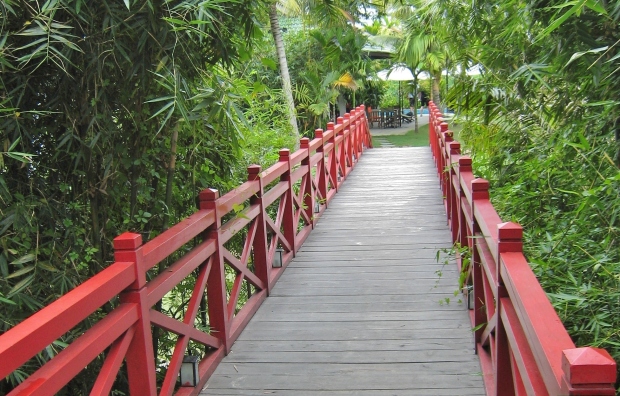 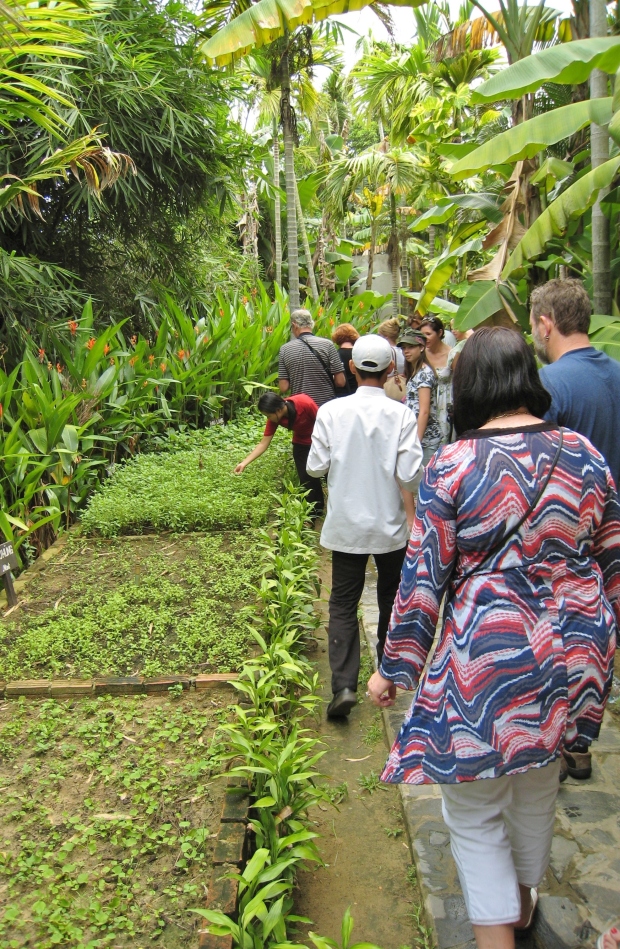 Walking through herb gardens on our way to the classroom

View from our roofed but open aired classroom 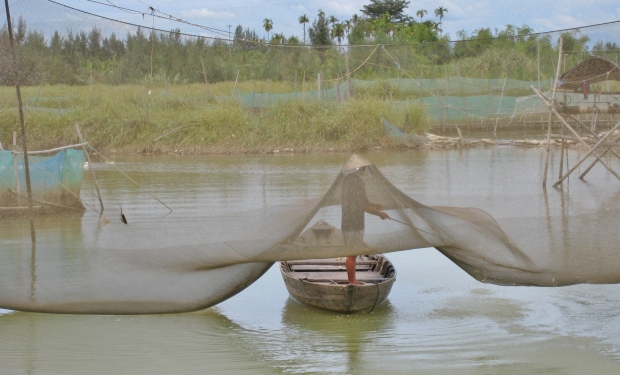 We watched a fisherman deal with those suspended fishing nets

A different chef from the market tour earlier in the day took our lesson but we quickly learned that he also had a pretty wicked sense of humour. The general pattern of the lesson was that a dish would be demonstrated (using one of our group) and then everyone would go to a little workstation and make it. And then eat it. It was fun and the food was great. Except the shrimp and chilli dish, but that was ok once I had removed the shrimp and chilli.

Lesson in progress. Each of the blokes in our group were called up to assist. I was quite happy to be overlooked lest my entirely average kitchen prowess be exposed

We took our final dish into the restaurant for a proper sit down lunch.

Of course the proof is in the pudding. Or at least the dish that we each made. No one became unwell = success!

A return boat journey later took us back to town. All in all a great outing. But the day was not done yet!!

Tags: 2009, food, photos, travel, water travel
From: Vietnam, Vietnam '09
← Vietnam: 16~Regard and recoil at the produce markets
Vietnam: 18~A birthday party and some local night life →
One Comment Post a comment