Sometimes I really am blonde.

I had long been aware of the old military observation post high on the hill above Wellington Airport, but had always assumed it was on restricted airport land that the public couldn’t access. I was disappointed about this because I love looking around such things. But hey.

Then last Saturday during a walk I glanced up and finally took notice that this bunker-type building was covered in graffiti. Which didn’t necessarily guarantee there was public access but at least that there was a way of getting to it.

Soon after, I noticed someone half-way up what appeared to be a walkway on the side of the hill. A walkway that had probably been there for years.

Feeling dumber by the minute, a short search online when we got home revealed that, sure enough, the area is accessible. And it had been on my back doorstep (so to speak) for the last few years. Doh!! Called Palmer Head Battery, it together with other sites around Wellington, used to form the city’s coastal defence system.

The next day after Mike’s boys came over we went for a walk to have a look close-up. 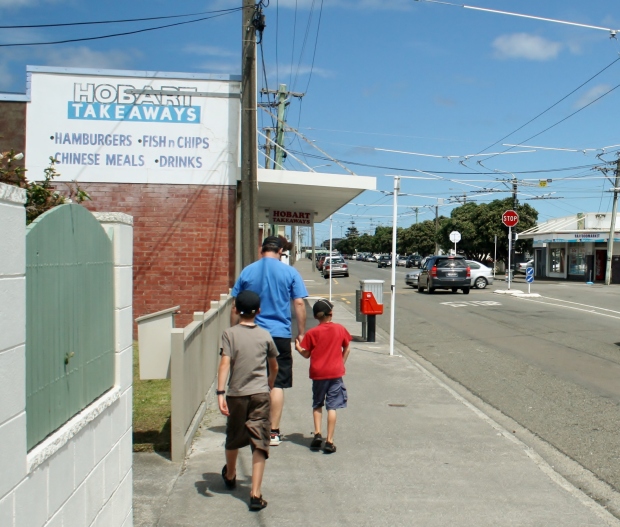 The walk started in Miramar suburbia... 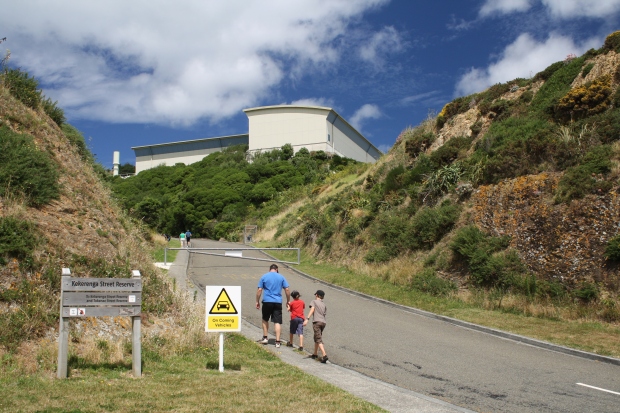 ...where on the other side we reached the access road to the water treatment plant and the hillside walkway

'twas a bit steep in places - thanks to the people who built the steps and handrail! 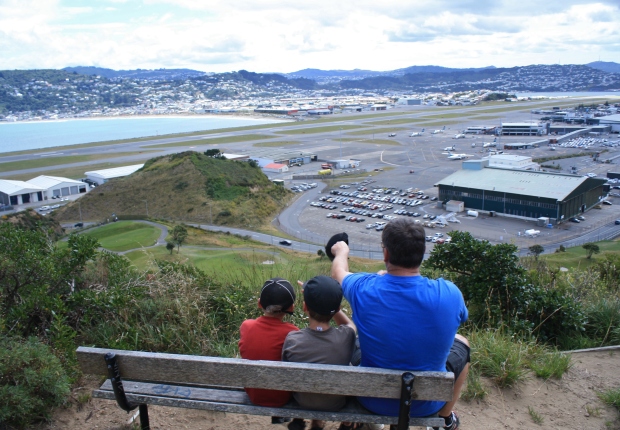 Somewhere to catch the breath and admire the view over Lyall Bay, the airport and the golf course (also the water treatment plant, but that doesn't really count)

Palmer Head was the site of three 6” guns. It was built in 1938 and added to over the following years, development hastening when the threat from Japan spiked in 1941. Accordingly, the site was operational during WW2. Its service ended in 1945 when the Japanese surrendered after which time some equipment and buildings were distributed to other local bases. In 1957 the New Zealand Government decreed that the coastal defence sites were no longer needed and they were all dismantled. 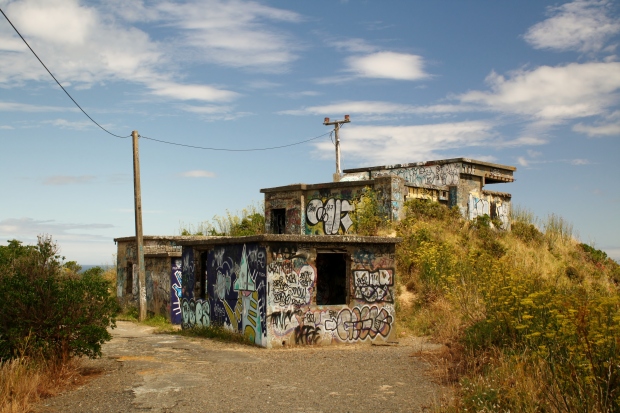 The Palmer Head observation and radar post as it exists today

Here is a fantastic photo showing the site operating with radar.

Like similar abandoned sites on the peninsula, it has clearly been a magnet over the years for local paint-wielding youth.

A tad more decorative now than when first commissioned, the complex is made up of several concrete rooms 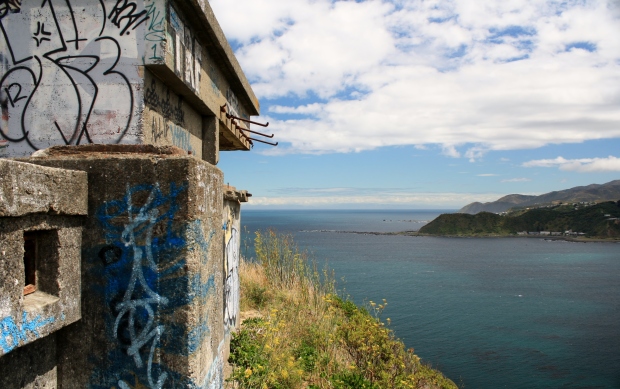 It looks out to the Cook Strait, this side being the entrance to Lyall Bay 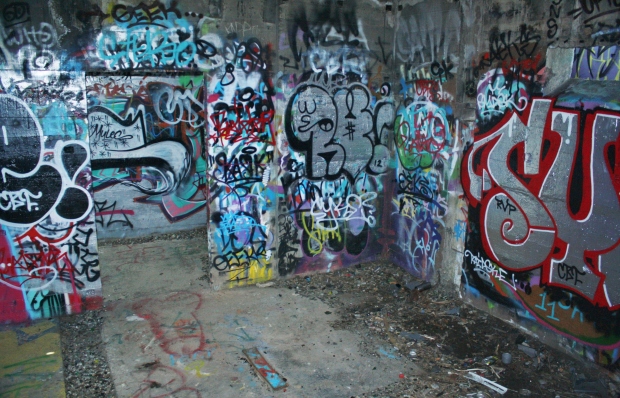 Josh and Flynn at the window, their dad in the background

Possibly the only door still in place 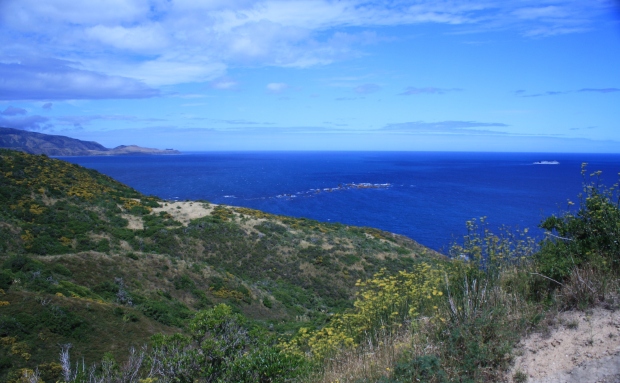 View from a roof on the lower section

We have a book called In Defence Of Our Land which shows a photo of Palmer Head in its heyday, so to speak. It is amazing to relate it to what’s there today. All that remains is the observation post and radar complex, some of the original roads and parade grounds. Underground tunnels and rooms still exist somewhere, though blocked off, and there may still be a gun emplacement that was buried rather than blown up.

Along another section of road

Part of the old parade grounds with painted markings still visible. There used to be lots of buildings around this immediate area 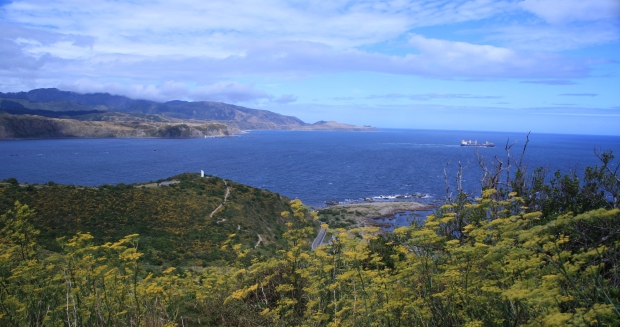 Entrance to Wellington Harbour. It became apparent that any remains were not going to be found easily so at this point we turned around.

At some point I will return again with the book and its aerial photo to have another explore. We continued along to the end of the road.

Here the old road stops, now swallowed by housing developments. The walkway deviates up some steps, along a path, until it deposits you into the top of Strathmore.

Back in the day the military road stretched from Strathmore down to Tarakena Bay, where it could link up with roads to other military stations on the Miramar peninsula. In that era those sites would have been Fort Ballance, Fort Dorset, Shelly Bay and Mahanga Bay. I love living in an area where there is so much of this history.

From where we popped out it was a bit of a walk back home but luckily this was all either downhill or flat. And near home there was a dairy that had iceblocks waiting for us.