Our walking adventures the day before stopped short of the long detour needed to see my old high school so we did a quick drive by. It’s a much more imposing place these days with a steel fence around the perimeter, a bit of a sign of the times I guess. Mind you, 1985-89 is a very long time ago. 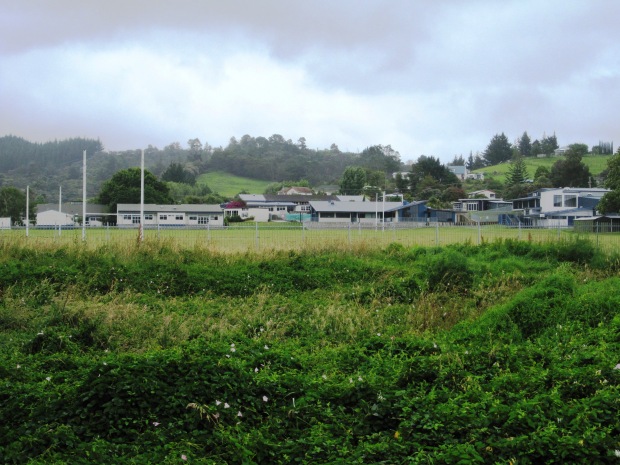 Next we sailed on through Parakai and out to South Head. About half way up the ~35km peninsula is my old primary school. Its 75th jubilee was held there in 2005 and it was good to have a proper look around the place again. Either those playing fields got a lot smaller, or I got a lot bigger. Hmmm. 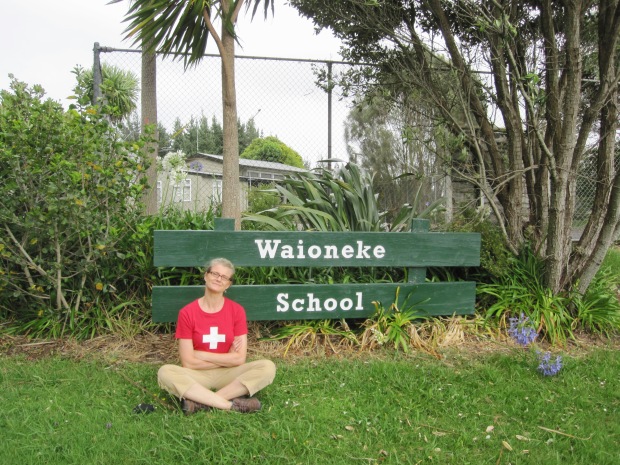 I can still manage the cross-legged thing, just

I grew up at the end of the peninsula though we didn’t go right out there again this time. We zoomed back toward town, noting the flash vehicles in the golf club carpark, and stopped briefly on the corner of the road where we last lived before I moved into Auckland to go to polytech.

They still have Calf Club day!

The plan for lunch was to stop at the macadamia nut farm café but it was closed. Mike had been looking forward to visiting the shop and especially its bags of chocolate-coated nuts (which you’d think the local town might sell, but apparently not). After that crushing blow we decided to detour down to Shelly Beach.

Shelly Beach is a small community within the general South Head community, being a little seaside settlement about 5km off the main road. It has continued to develop over the years, with new subdivisions and a pretty decent little cafe now. A new concrete wharf helps cater for the boating traffic it gets and also I imagine those who like to chuck out a fishing line. The beach was as I remembered, fairly small and narrow, lots of shells, and flanked one end with mangroves.

The wharf, just across from the cafe. We walked out there and boy, Wellington wind had nothing on the coastal breeze that day 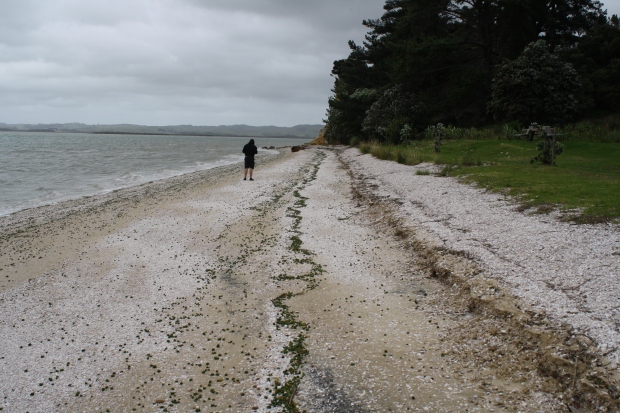 The Maori name for Shelly Beach is Te Aukahanga o Aotea (shortened to Aotea) meaning where the Aotea canoe lashings were overhauled. You could almost imagine the area's, er, European settlers... "So, what shall we call this place?".... "Hmmmmm" ..... "Say, aren't there a lot of shells on this beach?" ....

Taking a wide berth around a couple of, um, interesting local male specimens, we returned to the car and back to Parakai.