In the mouth of T-Rex

I was looking forward to a decent sleep but alas this did not eventuate due to a combination of inconsiderate room mates and unexplained ‘things that go bump in the night’. So it was back into it fairly early in the morning. I planned to leave Calgary later that day but not before fitting in a group tour over to Drumheller.

The main theme of the day was the area’s dinosaur history. We stopped by viewing points of more badlands terrain, similar to where I visited a few days before.

Our longest stop was at the excellent Royal Tyrrell Museum of Palaeontology. The large complex is built in complementary fashion to its surroundings.

Dinosaurs of course feature heavily and this chap is a bit of a star attraction. 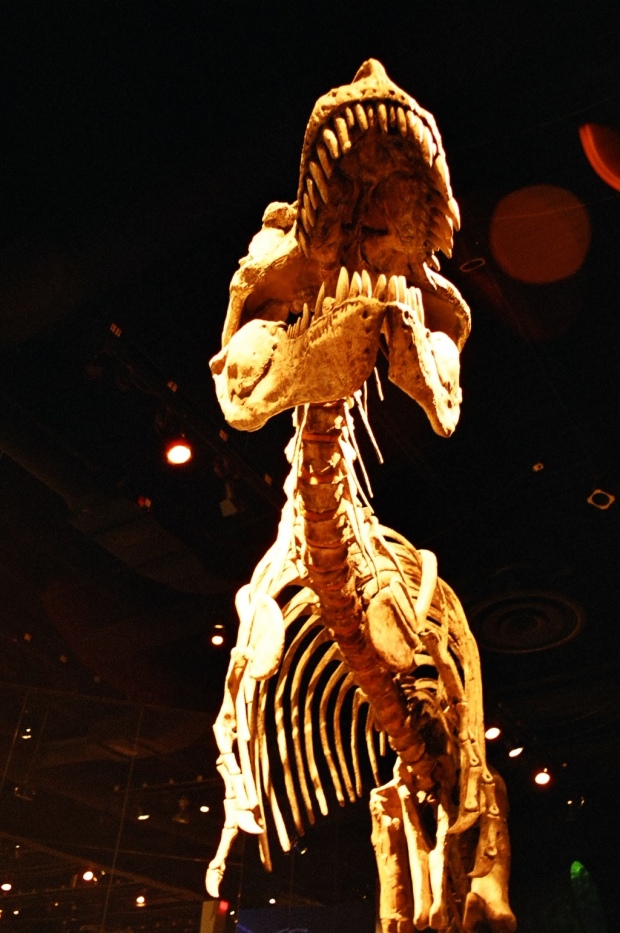 In the town of Drumheller they embrace their prehistoric heritage. That’s me waving from the mouth of T-Rex, apparently the world’s largest dinosaur… 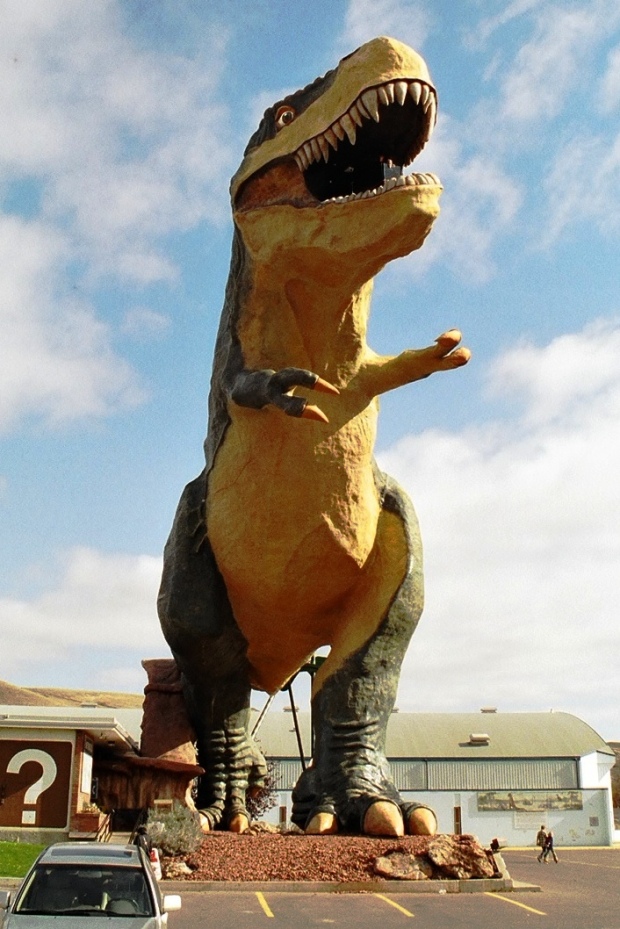 The tour bus (actually just a peoplemover on account of the small group) dropped me off at the bus terminal and a few hours later I was on the tedious 1300km journey to Winnipeg. Through the prairies of Saskatchewan and Manitoba you soon run out of interesting things to look at.

I initially had just a quick overnight stop in Winnipeg and would return for a few more days later to visit a friend. But the immediate priority was to take the train to the subarctic north. I was off to see polar bears!