So I caught the bus from Mississippi, where I had earlier abandoned the evacuation flight with my cousin. My travel diary makes special mention of the many strange people I waited with in that bus terminal – though on my Greyhound travels, this was not unusual.

Indianapolis was the eventual destination, foremost because I had a date to see exceedingly quick and noisy cars as mentioned in my last post.

And in a similar vein, since I was going to be in the neighbourhood there was another big sight to go and see.

I booked a rental car which was my first driving experience of the trip. Had the usual dose of nerves about driving on the other side of the car and road but after deftly negotiating a couple of laps of the Budget carpark I deemed myself ready.

Like Daytona, no event was scheduled at the Indianapolis Motor Speedway but it is such a prominent place in motorsport that it was a highlight to go there all the same.

It may have been open for tours, but you could not get close to the actual track without making the security staff antsy.

Also on site is the I.M.S Hall of Fame Museum. I’m not normally a fan of museums but this was more my cup of tea. 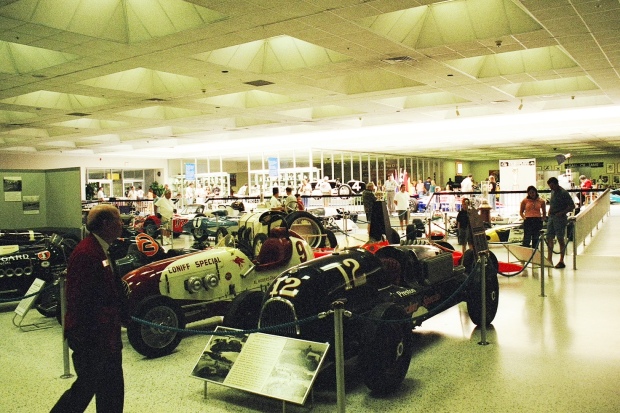 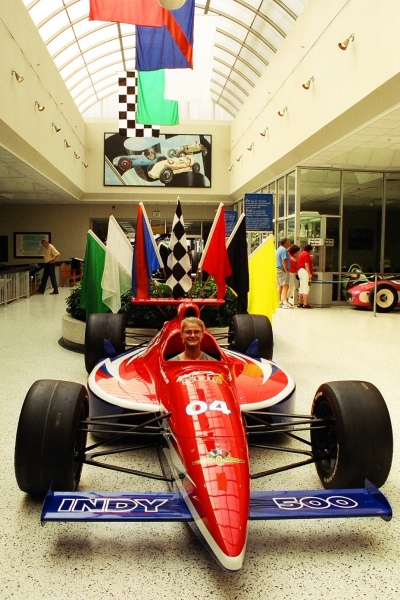 Afterward there was still a few hours in the day and a full tank of gas that I’d prepaid, so I got in the car and drove. Which happened to be about 60 miles in essentially a straight line. I chanced upon the Grissom Air Museum.

Another museum, I was doing well! This was a great bonus to the day. One of the elderly gentlemen at the counter picked up that I was a Kiwi, said he was a PoW in WWII and had been imprisoned with a New Zealander.

Drag racing the following day and that was the end of my visit to Indianapolis.