When old fun parks are given new life

Splash Planet in Hastings is today’s name for the original Fantasyland ‘dry’ fun park which first opened in 1967. In the 1990s a redevelopment was proposed that saw it become a major waterpark attraction. It’s certainly not on the Gold Coast fun park scale but it is one of if not the biggest childrens’ attractions in the Hawkes Bay – and Mike’s boys were super excited about going.

We chose an overcast and windy day to go, and were glad of the recommendations made to us beforehand to take wetsuits for the boys. The outdoor pools and waterslides do not have heated water and it was a bit chilly.

The day was spent supervising Josh & Flynn. It really is a place for young people and with the cool temperatures outside and relatively small heated pool inside, Mike and I took the soft option of staying dry! (Admission for spectators: $5.) The slides did look fun though.

The youngest had some water confidence issues so not as much time got spent on the slides and bumper boats as we thought. There were a number of other land-based things to do so was still easy enough to spend a few hours. In fact you’d definitely want to do as much as possible to make the most of the admission fees.

While we were waiting for the ‘Fantasyland Express’ train ride, the penny dropped about the park having a previous life under another name. I remembered I had a photo from my first trip to Fantasyland when I was 16 months old. Though any recollection of the actual visit has long since vacated my memory… 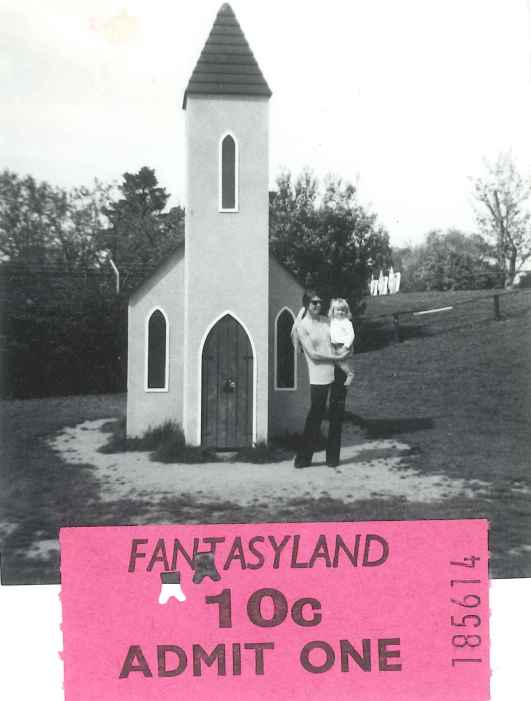 With my aunt, visiting Splash Planet in its former life. 10 cents admission!

After this realisation I was quite fascinated to notice various remnants of the old park here and there. Old fashioned playground objects, slides, swings, mini golf. They had a bit of a space theme going on and a rocket slide right at the back of the park is now closed. But I love that it’s still there. 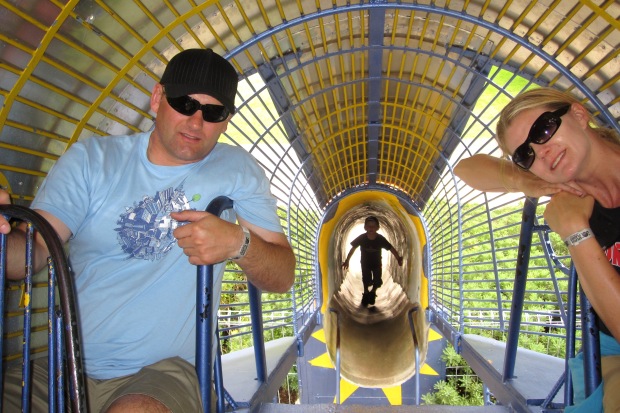 ————
Update April 2015: Sad news this week about one of the legacy attractions at the park.